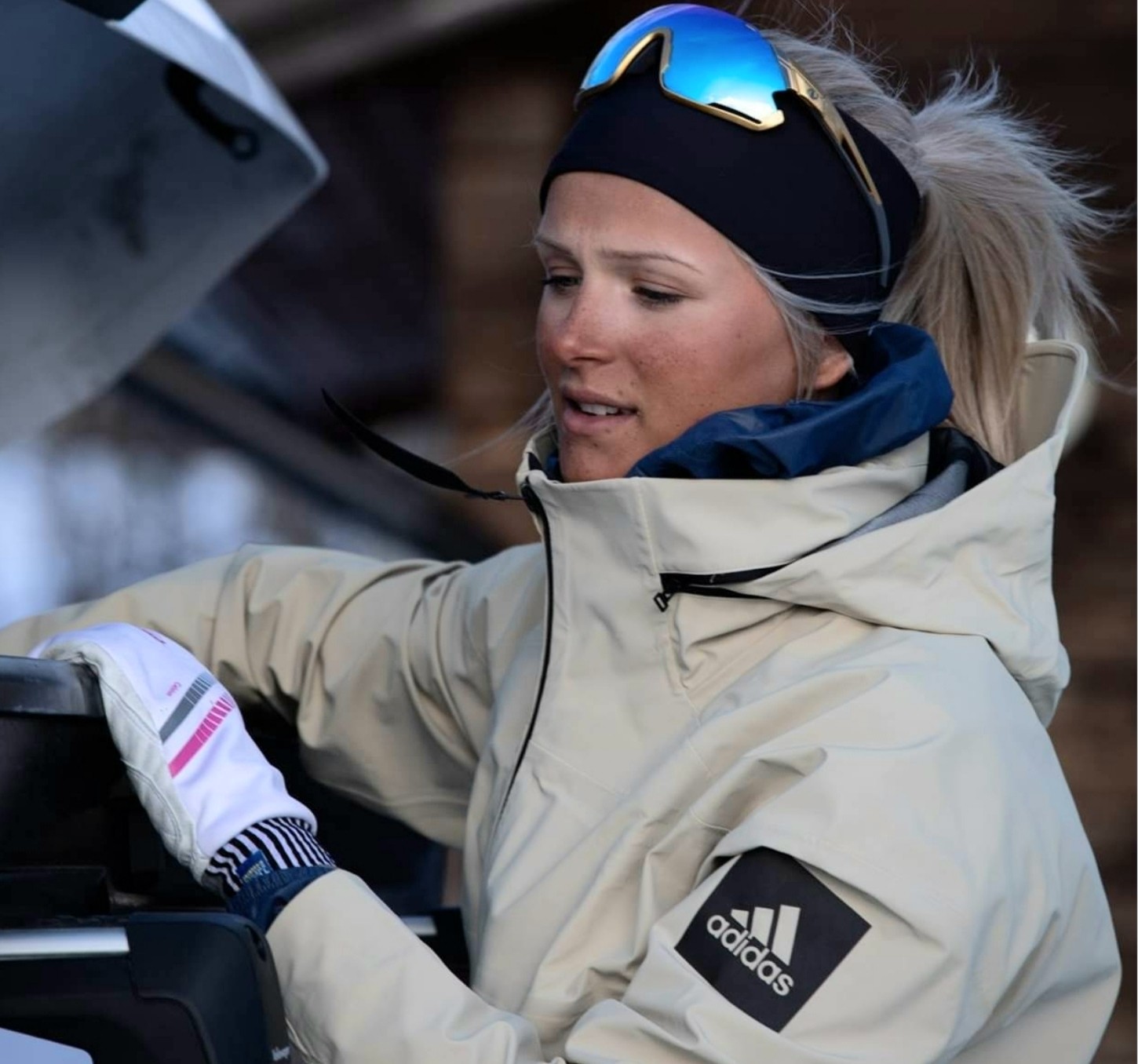 A few years ago sportswear & equipment giant from Herzogenaurach made a fateful decision to exit winter sports ( domestic German teams are excluded, temporarily so from what we understand).

Fateful for the winter sports – when one of the world biggest companies, the one constantly looking for expansion, decides there is no market in xcskiing (or biathlon for that matter) – that’s a clear sign that things are not quite right , that the market niche is shrinking so fast that it’s not worth the effort.

One could huff and puff over how unfair the world is, but when the majors who had used to care ( remember Adidas ski? Nike ski boots??) slowly but surely lose interest….

However, last year Adidas was back – but it a completely different way: they’ve signed the First Lady of biathlon:

Glad to announce the partnership with @adidas 🖤 #adv

…and now it’s turn of the first skier to become a model/influencer.

Nobody is surprised that it’s Frida Karlsson. A 20 year old Swede might be behind on the amount of the World Cup stages won later year – but she is well ahead of the most on that Oomph! factor the wise people at Adidas obviously reacted at.

Another proof of the thesis that sports marketing changed rather drastically in the last few years:
Before people were meant to buy because their favorite team or club atheletes wore certain brand, collectively. That’s gone. Now it’s all about personalities, no matter where they come from: Wierer, Northug, Klaebo – and now Frida Karlsson. Call it globalism in sport – while Instagram, Snapchat and TikTok transcend bordere and determine tastes, it can’t be stopped.

You may also like:  FIS Moves To Level Field, Bans Grinding Machines At Olympics And World Cup