Jessy Diggins didn’t just win the Olympic gold – this month she also has blown the internet away with her photos for the ESPN Body Issue.

You, of course have seen them already – but here’s the link all the same

I never thought I’d do the @espn #bodyissue…but that’s also because at one point in my life, I never thought I’d have the self-confidence to love myself and truly believe that who I am is good enough. I am perfectly imperfect, and beautifully flawed. And before you judge, there’s a blog post about my journey to positive body image that you really should read (link in bio). Love your body for the kick-ass things it can do, not for what it looks like. 💪🏼📷: @dina_litovsky

Two things need to be said

A. For as long as the Earth revolves around the Sun and people cover themselves in cloths, rags, skins or space suits, nudity will keep on causing a massive amount of interest.

B. Naked athletes look exceptionally beautiful. Cross country skiers are more so than the most of ( all?) the rest.

While the Olympic champion and, arguably, the best Nordic skier ever born in the United States, has achieved a quantum leap in promoting skiing in her homeland by appearing on the Body Issue , Diggins is far from being a trailblazer on the global scale.

Some 6 years ago two Norwegian Olympic champions, Vibeke Skofterud and Kristin Størmer Steira, have made a history by appearing thus on social networks

Skofterud these days is very much a public figure who’s partners include Discovery Networks/ Eurosport and Renault to name but a few.

Steira, by contrast, keeps a fairly low media profile and spends a lot of time with her firstborn together with a Canadian Olympian skier Devon Kershaw.

…Before the daring feat of Skofterud / Steira duo, however, there was a then-leader of the Russian skiing, triple Olympic champion Yulia Chepalova and her photo-shoot circa 2003 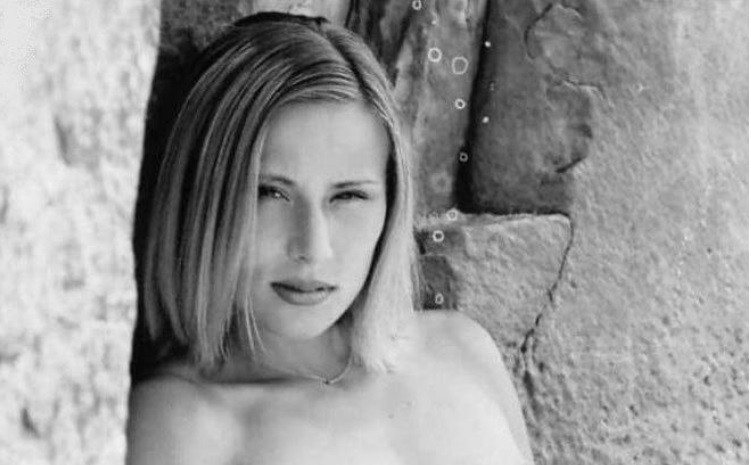 Here’s a glimpse of what it looked like – for more click here ( quite a bit NSFW but then again, depends on what your work is like )

Chepalova has not done more shoots of the kind above – nowadays she is a dotting and, by all accounts, happy mother of 5 ( that’s five !) together with her husband, Olympic medalist Vasily Rochev Jr.

… Diggins is not alone this summer: she is being rivaled by a young Russian skier Irina Kovalenko, who’s black & white photos have earned her quite a few new fans – on the tracks and on social networks.

One could reasonably hope that nude photo sessions will become more common as we go – there is no better way to attract attention to the natural beauty of our sport, like it or not.

all photos are courtesy of their respective owners/copyright holders.