Part 2. Past and present. And a bit about future too.

How would you compare Team Russia at the Olympics in Sochi in 2014 and in Pyeongchang-2018?

Well, we failed in Sochi . Despite memorable victory at 50k. ( Russia’s 1-2-3 on the podium) The fate was against us – Ustiugoiv fall, sprint relay collision, broken poles etc. – but one can’t blame the fate only. Our women failed miserably and yes, I was calling them «Tumbochka” ( literally – “nightstand”, implying that somebody’s heavy, overweight, unwieldy) publicly – and much worse in the locker room.
Did we play unfair in Sochi? There was no “state sponsored” or any other doping in our team – period, but we did use “legally permitted tricks” such as extending last stretch on sprints finish especially for Nikita Kryukov, knowing his last-stretch-win technique. Alexander Legkov saw the last long uphill early in track mapping and said “ please keep this one – that’s exactly what I need to win” – and we did, in full knowledge that he’s one of the world’s best uphill racers. That worled – but not enough to turn our women into champs.

So, what has changed, what was done in the last 4 years? You’re winning or coming close to winning at every race, both ladies and men these days? With or without Ustiugov?
Not my achievement, can’t claim credit. It is all a result of improved training regimen. We have several independent groups in the Russian team, each lead by an experienced trainer with its own assistants, technicians, doctors, masseurs etc. I am very happy that 3 out of 4 of those produced an Olympic medalist – and World Cup stage podiums too.

I have to admit to my own “philosophy change” on that matter – 10, even 8 years ago I was insisting on “one team, unified” that trains, travels together – now I understand that it might be cheaper and easier to organize, but simply simply not practical. With big team like Russia or Norway it would mean getting in each other’s way – you can’t fir dozens of athletes into a regular hotel gym or, even less likely, to a sauna.
A competition between training groups – a healthy, proper competition that is – is good thing too.

How important are Juniors and U23 medals?
I was always insisting hard, sometimes harshly that winning Juniors or U23 World champs is not a priority, not a big deal for me – important that you prepare athletes for big competitions.
Yuri Borodavko is formally in charge of the U23 Group – but that’s a misnomer. They have everything that other groups have. Successes of ( Alexander) Bolshunov, ( Denis) Spitsov are logical – their group trains together for a long time now – and they have very strong internal competition within the group. It helps to grow faster – when you have somebody strong to follow. Last year it was Alexey Chervotkin who was their leader – but already last fall it was 100% clear to me that 2017/18 will be the season of Bolshunov. Now I also could admit that I was sceptical when I’ve heard from trainers that Spitsov is so strong, that he never gives up and finds strength to add at the last stretch. He does not look as strong as the others, even in that training group. I only got convinced when I saw him winning skiathlon at U23.
What’s more – that group is not done producing world class skiers. Remember these names: (Ivan) Kirillov, ( Andrey) Sobakarev (Ivan) Yakimushkin. If you were to see how they train – you’d agree!

You may also like:  Siri Wigger Makes Big Entry To World Of Skiing

– Cross Country skiing – did it change as sport and generally went younger?
Yes, it’s a different sport now. Monotonous, cyclical ? Nope, no more. The young ones have a much bigger chance of winning sprints. They bring something new.
Look at (Johannes) Klaebo – he brought his own style, sort of “ski cross uphill” . It’s the most talked about thing about Klaebo – but that’s not how he wins. He wins because he’s the best on downhill sections – period. We just had a veeeeeeery long chat with Bolshunov about that ( smiles). Sasha ( diminutive from Alexander = Bolshunov) is a kind of guy who notices, thinks – and able to adopt on the fly. I can assure you that Klaebo’s technique will be very carefully dissected and studied in this team ( laughs)
Some athletes, trainers are of habit of blaming “ skis that we not running well today” – then I tell them: look at how the best are doing it! If instead of pushing hard you sit down the moment descent starts, as if you were to be a sack of potatoes – what do you expect? I reckon I understand things like that just a tiny bit ( laughs) – so have a right to tell them.

Young Russian skiers received not just a lot of praise back home – but an avalanche of endorsements and prizes after the Olympics – from very much public BMWs at the Red Square in Moscow to never disclosed payments from their equipment sponsors. Some of them have actually become if not rich, then very well off almost overnight ( one the the Russian papers calculated that Bolshunov will pick up a check totaling USD 400.000+ for his Olympic prowess – and the guy is only 21) / Not too much – too early?
– No, I’m actually very happy for them. Everybody knows that skiers’ income is nothing compared to ice hockey players or footballers. They work very hard, skiers training camps are the longest and are often held in remote places. It takes a toll on their families – they earned it.
There is another aspect to it. Bolshunov’s old sport school in Bryansk was literally besieged by applicants the last few days – like 150+ kids signed! They might not all become great sportsmen – but , hopefully,all will grow healthy and strong. Many kids rarely leave walls of their houses these days – well, cross country skiing is one sport that you still have to practice outdoors

You may also like:  Rarest Of Races: Skiathlon. Why Is It Only Once A Year And What Happens Day Before

Can XC skiing becoming a fully commercial sport?
No, We shall never be able to survive, compete and win only off the sponsors’ money. For starters, no sponsor would pay for basic structure – kids’ sport schools and sections, for upkeep of ski trails. As is, kids’ coaches are paid very little – it’s a sore issue for our country still.
Many pro-skiers in Russia are well paid. Many ( not all) are members of ski clubs of federal police or Army – very similar to, say, Italy, Austria, Germany etc. The very top ones are being paid directly by the state once they met criteria for being enrolled into the “TsSP” – or “Center of Sport Development”. You typically have to be a serious World Championship and/or the Olympic Games prospect to be eligible. They have fined-tuned the system much now and that state-given grant or stipend or salary is being constantly adjusted depending on their recent performances. But I as a president of the Russian Cross-Country Ski Association have nothing much to do with that – the skiers are NOT paid by the Association. Ditto for servicemen and technicians. 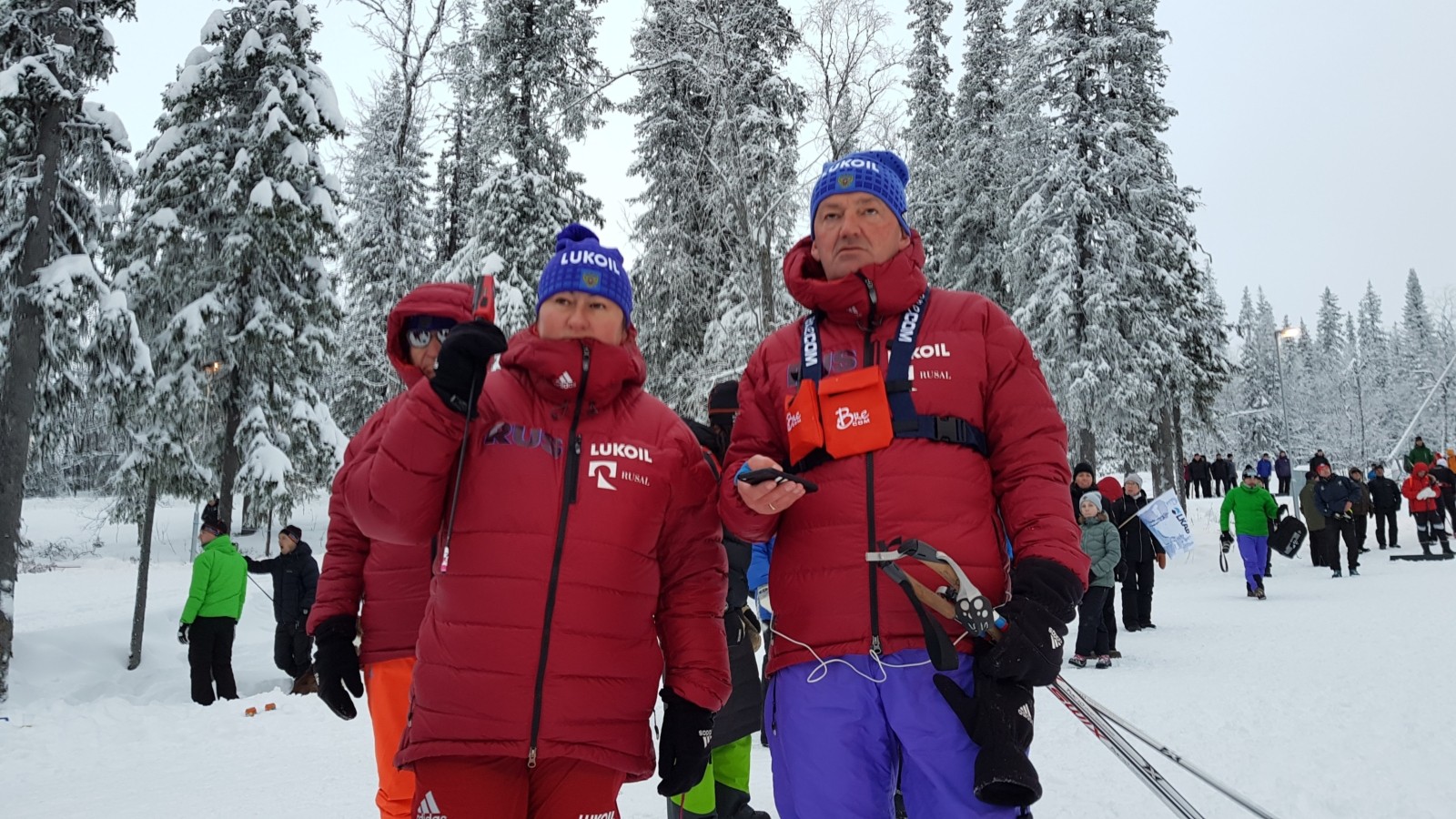 What’s the role of foreign coaches, technicians, doctors you are able to enlist these days – especially that of Markus Cramer, the guy who coached Dario Cologna to his first Olympic gold back in 2010 – and who is Ustiugov & Co trainer now?
Markus has created a team – and a successful team. His training style and methods are quite distinct from the others. If you were to offer the girls from his team to switch to the “Borodavko Team” – don’t think they would like it much ( laughs) 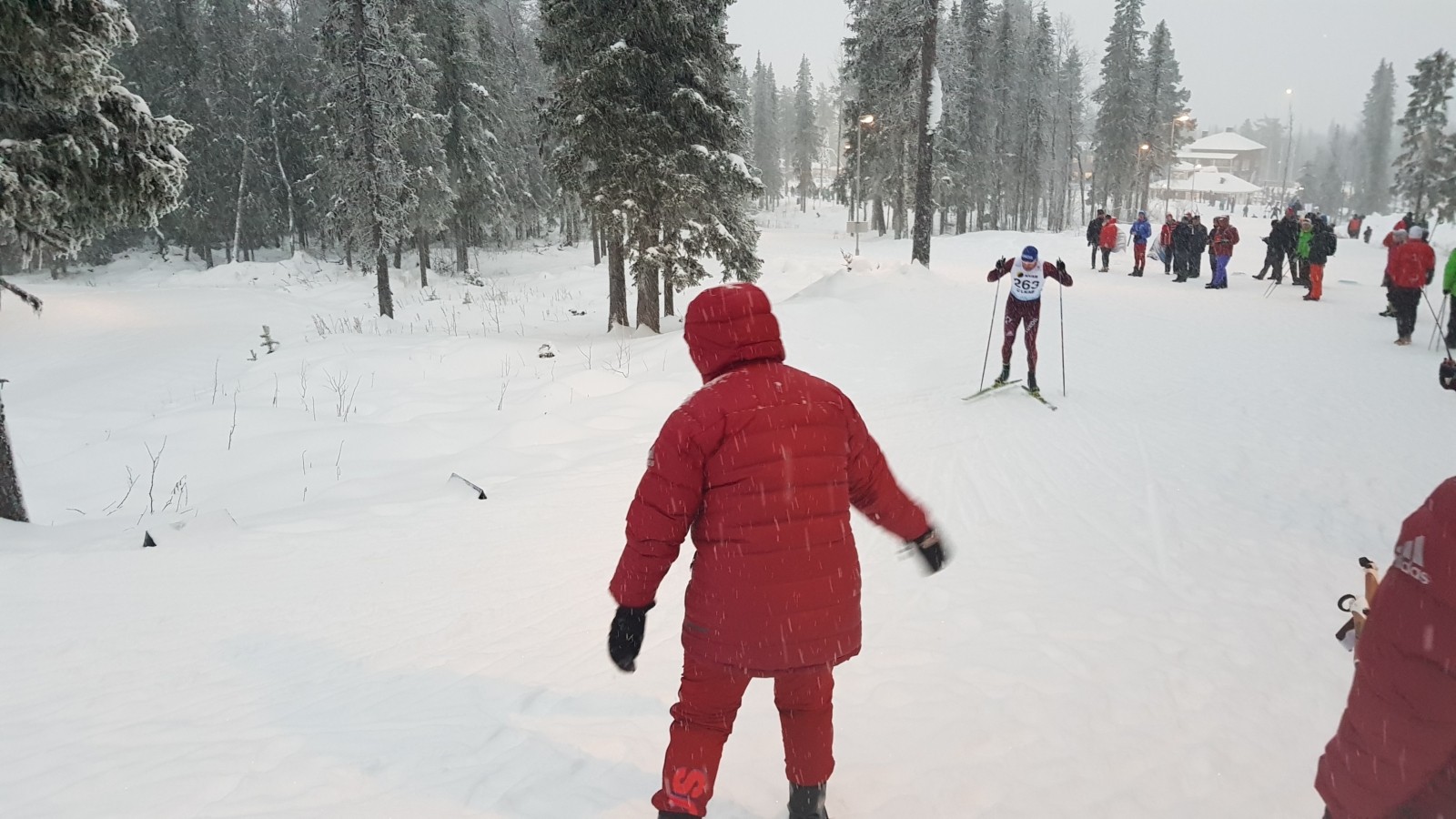 So, what’s your role then?
Team’s manager should be the team’s boss. Champions are rarely simple people and often enough they start demanding things because they think they can – being one, I know that for sure myself ( laughs). But as a team’s boss once in while you have to step in and say “enough is enough – rules are for everyone and if you don’t like the rules, then goodbye”. And they have to know that you actually mean that!
With all that said, we are one team – and almost like one family. We don’t make the some organizational mistakes that we were making say 8 years ago, even 6 years ago. Back then each “coach with a reputation” was trying his hardest to promote his athlete – since then we sat down and worked out what we consider objective principles of composing a team – and, once in the team, who runs what. All prospective Olympians knew well ahead what do they have to achieve to book a ticket to Pyeongchang – same will be the case for Seefeld-2019

You may also like:  Madshus Redline 2.0: New Kid In Town

I’m not the one to not “direct the show” standing outside the race track – or from the stands, as it was in Korea. The skiers, coaches and waxers are perfectly able to deal with things themselves. I only got involved once recently – with Larkov at 50k at the Olympics. The guy could not decide whether to change the skis while on the distance or not. Andrey is a mega talented skier with one major fault – he’s not confident in his abilities. When I’ve heard on the radio a panic chatter because Larkov wanted his old skis back – I just stepped in and said: “ No to changing – I see his glide and he should continue on those he’s on now!” He calmed down – and went to outrun Sundby and Harvery at the last stretch. Bolshunov, for instance, is very different – he does not require my advises (smiles)

How do you assess the competition this season?
I’d rather not talk about it much, let them speak for themselves. I would just sat that the Norwegians did what I expected them to do. Personally, I was both surprised and disappointed by the Swedish men’s performance – they always know how to prepare for the Olympics – but not this time, alas