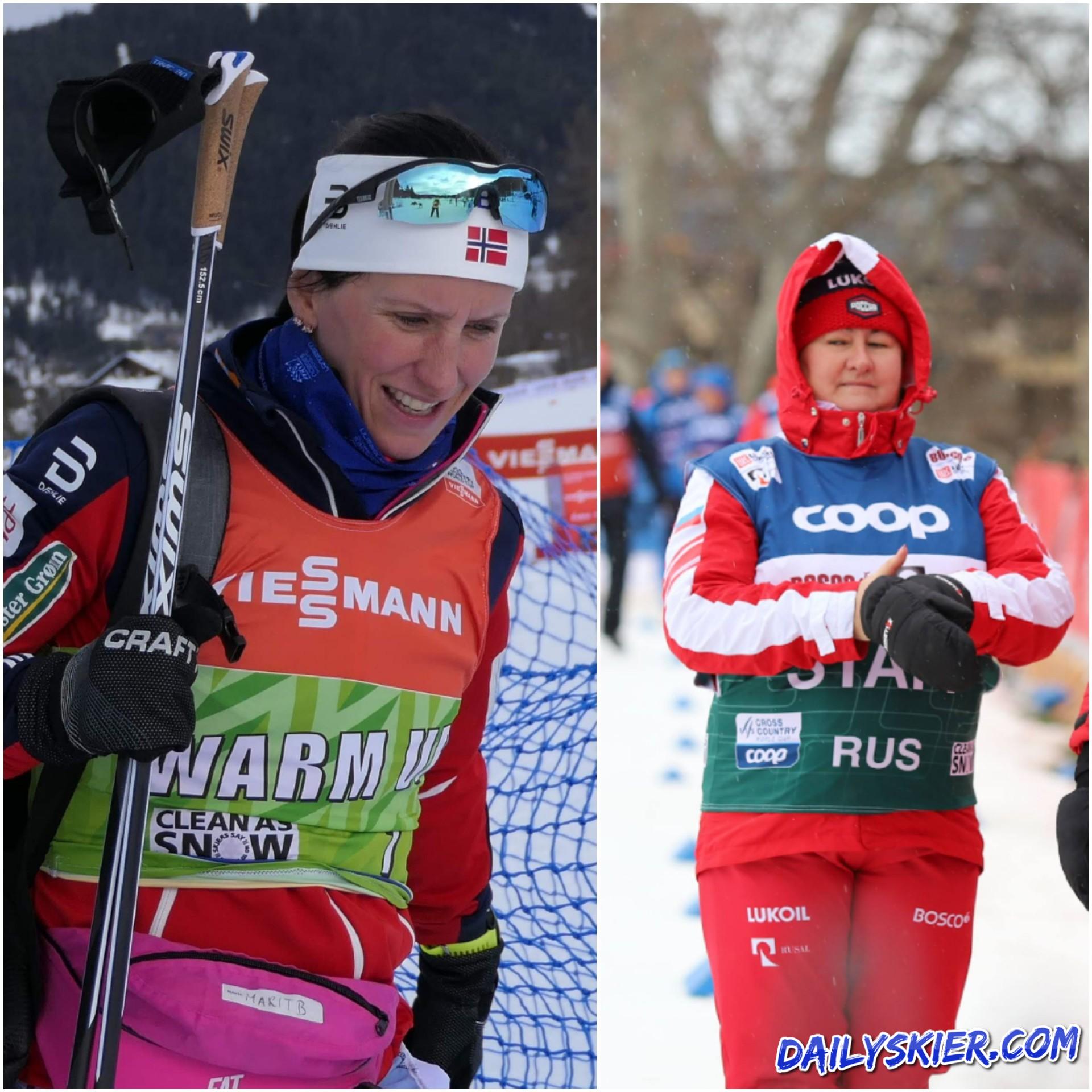 “I’m in a bit of a shock from the news. I always considered and shall continue to consider her a great athlete but I do have serious questions to people who decide what constitutes doping, under what conditions and what punishment should be meted out.”

Thus reacted Yelena Vyalbe, the boss of the Russian ski association and, arguably, the most powerful woman in modern skiing.

Vyalbe is a single female in all-powerful FIS Council (although she insists media should not dwell on that ).

Marit and Yelena are on visibly good terms – judging by their mutually warm greetings on sidelines of FIS races – thanks to or, perhaps, despite the fact that Bjørgen has taken the title of ” of the most decorated female skier ever” from Vyalbe.

In her just released autobiography ” The Winner’s Heart: The Marit Bjørgen Story ” the Norwegian superstar reveals hitherto unknown episode from Lahti-2017 when her urine sample was found to contain traces of 19-norandrosterone, a performance-enhancing substance on WADA’s ban list. It was later explained to be due to taking Primolut-N that is used to shift menstruation, no charges were brought by anti-doping authorities.

Detractors and ” Internet sleuths” liked to accuse a physically imposing Norwegian in taking forbidden enhancers but Vyalbe had always defended Bjørgen:
“We at the pro-level have a way of sensing those things. Marit was clean” .

Vyalbe vigorously defends the reputation of the Russian skiers who were accused in anti-doping violations during Sochi 2014 Olympics and banned by WADA but later cleared of wrongdoing by CAS. Then-WADA ban led to the Olympic champion Alexander Legkov’ early retirement and Sergey Ustiugov missing the Korean Olympics of 2018.

You may also like:  What Gear Finnish Teenage Sensation Niilo Moilanen Is Using