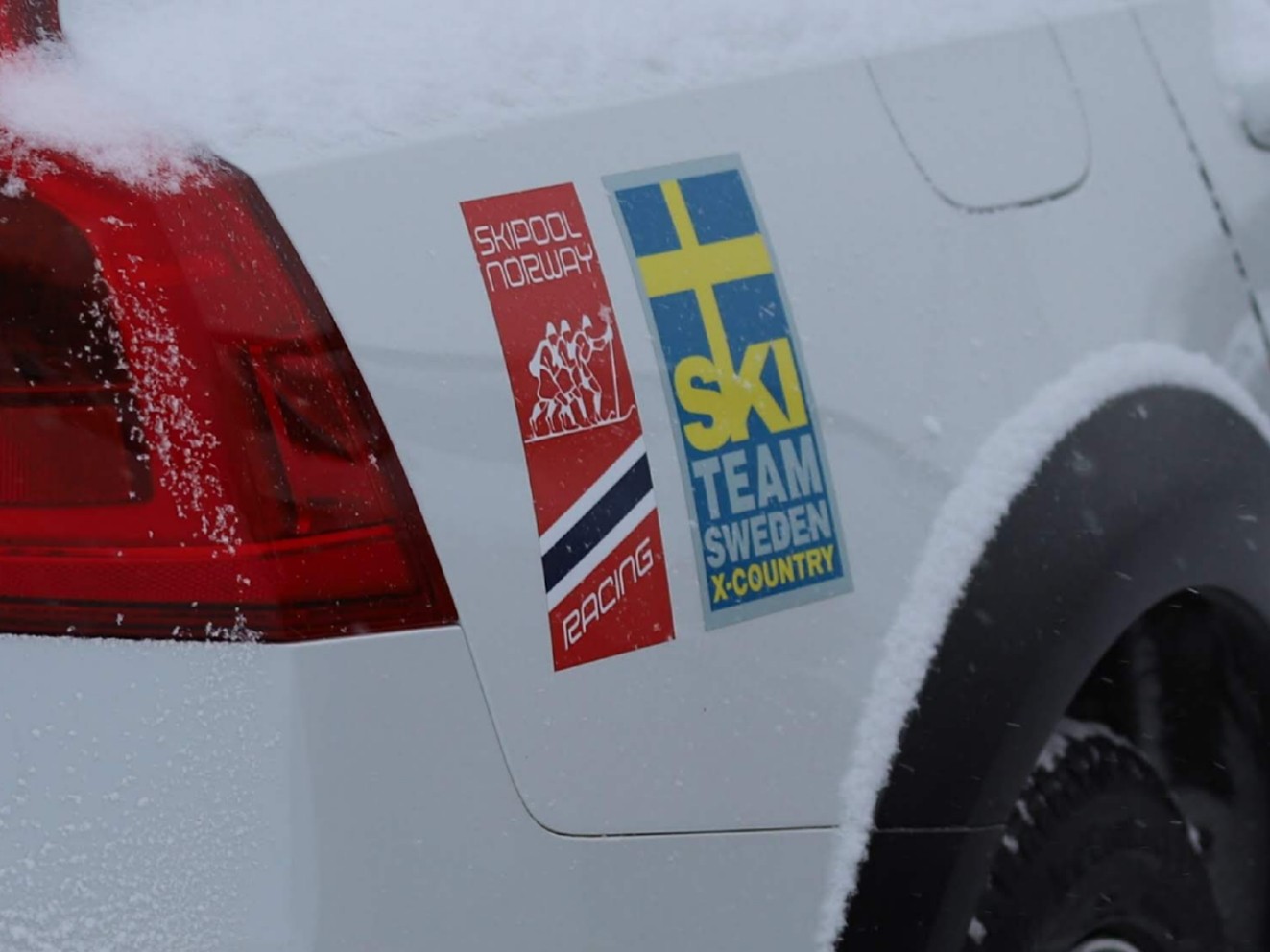 No, this photo does not imply that Norway and Sweden have decided to annul the Unionsupplösningen and go back to being a single nation once again.

It doesn’t even mean that in post-Corona times of tight budgets the two ski federations have decided to car share.

But it’s there for a reason.

Because the Swedish ski federation has just announced that they are going to start using the same (Norwegian) travel/ event agency as their western neighbours.

The press-release talks about ” shared values ” – which kinda leaves us baffled – but not being very specific on details.

Will the Koment agency now start putting the Swedish athletes in the same hotels as the Norwegian ones? So they could keep an eye on each other – or just learn the routine of the mighty? It’s not like the Swedish female athletes need to learn much – doing quite well on their own in the last seasons.

Men is a different story, of course – unlike the Swedes who are obliged to ride Volkswagen cars through the exclusive deal their federation signed, the Norwegians are free to pick their own motor sponsors: Toyota for Klaebo, Volvo for Iversen and so on. Now, there’s much to talk about in those now-shared hotels!