In the story published yesterday we have gone through the reasons why Blink Skifestival is an excellent event, worth visiting for fans and emulation for every event organizer.

By the way, all important TV numbers are just in – and they are simply stunning – 52% of Norwegians chose to watch the Blink races on TV – up 5% from already great last year!

So, everything is great at and for Blink? Well, every rainbow has its rain, as they say. 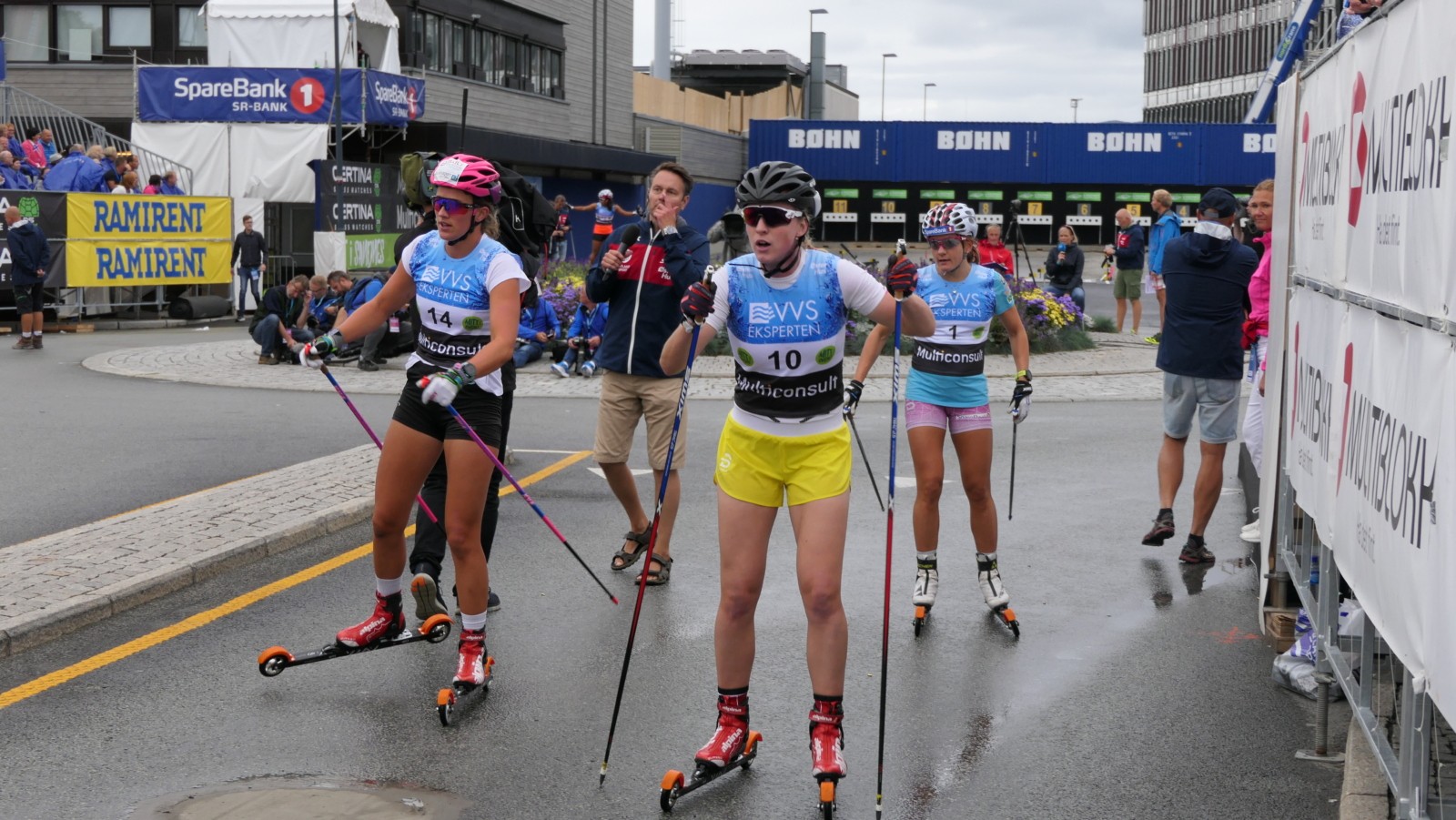 Here’s what we think works against it

-Despite being held in the middle of the summer, Blink is skiing event at heart – and all of it star participants are “winter skiers”. Rollerskiing is much more dangerous than snow skiing and many an athlete admitted privately to us how scared they are to fall & hurt themselves – especially in city races where there are lots of turns and contact with other athletes in competition.

Nobody wants to spend months preparing for the main, winter season to be sidelined because of some nasty fall. Months of training – and money spent on that.

Because the second and far more important point we want to make is just that – money. As in “prize money”

Blink has a spending power of some NOK 20 million – that’s better than your average FIS World Cup event. Arne Idland is adamant in interview: available budget is best spent on improving conditions, getting more kids involved , paying for accommodation and other vital but not-that-exciting matters. Perhaps.

You may also like:  Coronavirus Starts Wrecking Havoc In Beijing Olympics Preps

But cross country skiing becomes more professional. It is not fundamentally different  from football or race driving: young people go into it hoping to become famous and if not rich than at least to cash in on their fame.

Oddvar Brå did not have endorsement deals with Jaguar. Gunde Svan did not carry 10 ( or is it 15?) sponsor logos on his racing suit. Times have changed.

Cross country skiing is not as affluent as biathlon ( a quick reminder – vast majority of money in biathlon are thanks to crazy TV ratings the sport gets in Germany)  but commercial tournaments are becoming more and more common.

Especially now when China is stepping into the game and is starting to hold races that carry a prize of some 15000-20000 euros for the winner. While Blink pays about 10% of that – more or less what regional ski races in the Alps are paying.

When there is nothing much else happening in August, anything would do in that sense – but what if the Chinese decide to hold some event in the Himalayas at around the same time? Again, privately, off-the-record a number of stars have admitted that for “China-size prizes” there would be no contest – professionals choose what pays better, always.

Is money everything? Well, no – money and “the right buzz”. Love it, hate it – everything these days is about celebrities. We are firm in our belief that skiers would be make better celebrities ( and quite a few are already) than Instagram-only models and voiceless singers.

You may also like:  You know who won in Ruka today. Now meet their significant others

But celebrities are almost never born naturally ( although smashing either your poles on camera or, better, your fancy car clearly helps to generate worldwide headlines) – celebrities are shaped, formed, created by the team working with them – and brands interested in their promotion.

…This year, Therese Johaug, who’s return to the world stage was eagerly anticipated by fans an detractors alike, wiped the floor with competition at the Blink signature race – Lysbotn uphill – and was promptly choppered off the top of the mountain to the next destination, Hollywood star-like.
– “Is that a new gimmick you came up with, Arne – from now on the first to the top will be flown out like a celebrity”?
– “Oh no, – laughs Idland, – she was just in hurry to catch her flight from Stavanger airport, so we helped her. In fact, we prefer the stars to ride the same boat with everybody else, to socialize, for everyone to feel equal and so on”

We get it, Norway is supposed to be about equality – but we are not certain how a multi-millionaire ( in dollar/euro terms) Johaug is supposed to be all equal to the others? Perhaps, we fail to get that Norwegian mentality – but then who are those people who read the latest tax declarations of Johaug and Klaebo ( public info in all Scandinavian countries!) that every newspaper publishes as matter of course each autumn?!

There is growing gap between great athletes like Martin Sundby, who does not even have anInstagram account – and those who will come to replace him on those podiums ( and some have already started), who spend all their time on social media. And yes, winning ski races and maintaining presence not just on Instagram but also on Snapchat and VSCO ( ask your teenage children!) is entirely possible and, in fact required.

You may also like:  Ola Vigen Hattestad Will Work With Johaug & Co

…to wrap it up: Blink is great event, totally worth putting on your schedule for next year whether you’re a fan or an athlete – but it might benefit from adjusting to the tune of times.
Speaking of which – could you bring Alan Walker next time? 🙂