Skip to content
24Aug 2021 by The Daily Skier Editorial

Marit Bjørgen adds a good performance to her credit – still no match for Petter Northug. 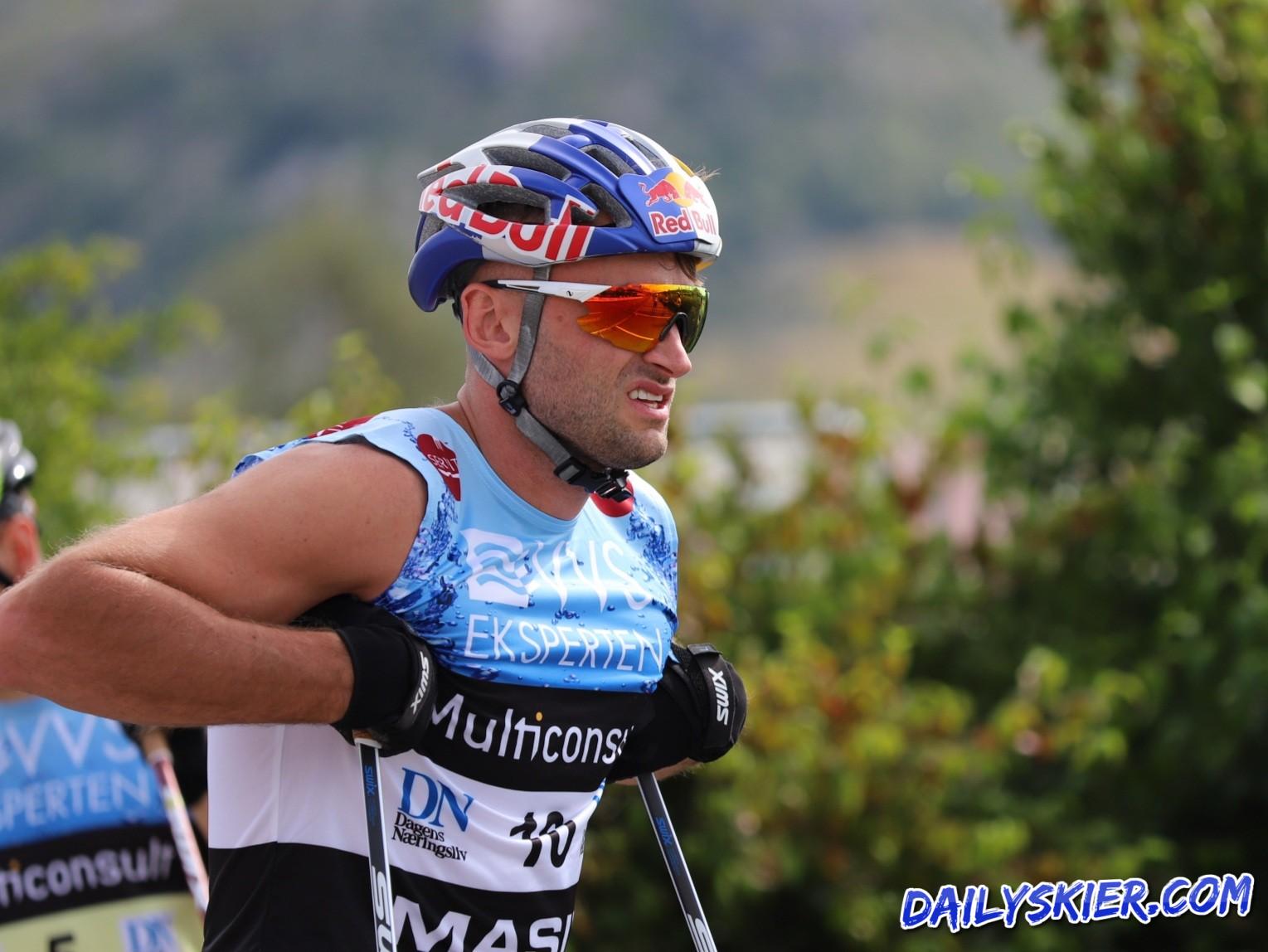 We are talking Landskampen performance, of course.

Sorry you’re been living under a particulaly solid rock if you haven’t heard of the most important ski-related TV program on the planet, the one that pitches Norwegian stars against those from Sweden in decidedly non-Olympic competitions filmed by multiple action cameras.

It costs a bomb to produce and it always runs in prime time.

The first episode of the latest series premiered on TV2 Norway last Friday for the audience share of 30.4 percent ( meaning every third Norwegian who still didn’t cut the cord was watching it live).

A total of 276,000 or roughly 8% of a total adult population of the country doesn’t sound too shabby either – especially factoring in that another 60000 peeps watched it later, recorded. And that Toppidrettsveka was broadcast on a rival NRK on the same day

Captaining Team Norway 🇳🇴 against its Eastern neighbours is of utmost importance: a captain gets to talk the most on air. And that’s where Landskampen beats any real ski competitions hands down – you don’t only see them athletes compete, you get to hear them talk while doing that.

Ms.Bjørgen did well, delivering those 336k of eyeballs in the opening episode – but Petter Northug did a lot better last year: 436,000 or exactly 100ķ more!

One can argue about merits of having a guy who just was caught speeding( plus some other, ergh, transgressions) to appear on TV in primetime, but we won’t. For us it’s a testimony of Mr.Northug’s staying media power that his sport needs so badly – especially in Norway where there are now a lot less kids practicing it than at Northug’s sporting prime.