Skip to content
10Aug 2021 by The Daily Skier Editorial

“I chose them. They should feel privileged “, – Barbro Saetha laughs easily as she prepares to take a start in mixed -gender team relay at Blink Festivalen in western Norway.

“Them” being a duo of Petter Northug and Petter Skinstad coached by legendary Åge Skinstad – Petter S.’ father and Petter N. former manager at Team Norge. When Team Petter signed up for Blink, they were missing a third squad member – that had to be a woman, according to the Blink rules. Petter x 2 did what you would expect them in to do in 2021 – launched a campaign on social media looking for a lucky third:

Thousands applied. Seriously – would YOU miss a chance to run with Petter Northug?

But it was Ms. Saetha who emerged as a winner – and appeared on Sunday at Gjesdal wearing Team Petter bib. 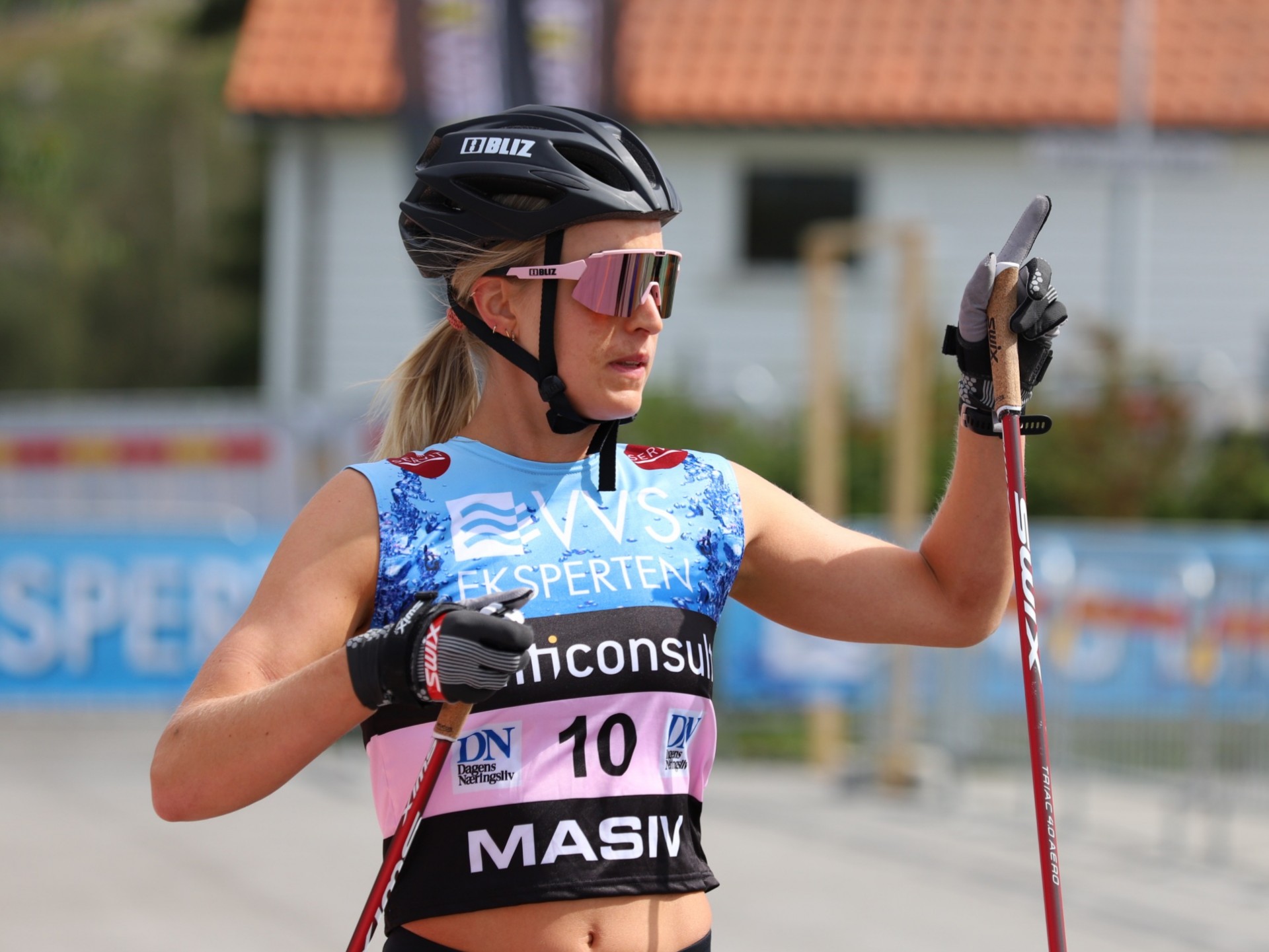 Let’s find you who she is – in her own words:

” I’m Barbro Saetha, soon 30 years old, a happy girl from Øyer in Gudbrandsdalen, Norway who now lives in Oslo. I work as a coach (mental and physical) and lecturer for Sunn Idrett. I am also working a bit with eating disorders.
I have trained and competed in cross country skiing my whole life. This year I decided to do a “Project toppidrett” ( “top competition”).
For that I have reduced my work (now I work like 50-60%).

We’ll see how big steps I can take if I take it a litle more serious.

I am soo locky to be a part of Team XPND Fuel this year with so many good people and looking forward to the winter and the whole Visma Ski Classic series!

I get some help with technical
training from Sondre Sundby from Holmenkollen Skilab.I am also lucky to have Mosetertoppen (in Øyer) to support me and Meny Løren for the season.

It was cool for me to race in Team Petter at Blink. He is a great athlete and have done a lot for the sport! It’s also great that he will do long distance skiing.
He isnt so much older than me, so when i lived in Øyer he wasnt a big star. But he inspired me as an athlete – I’m inspired by people who take their own choices to reach their goal!

You may also like:  Natalia Nepryaeva Becomes Chairwoman Of Regional Ski Association