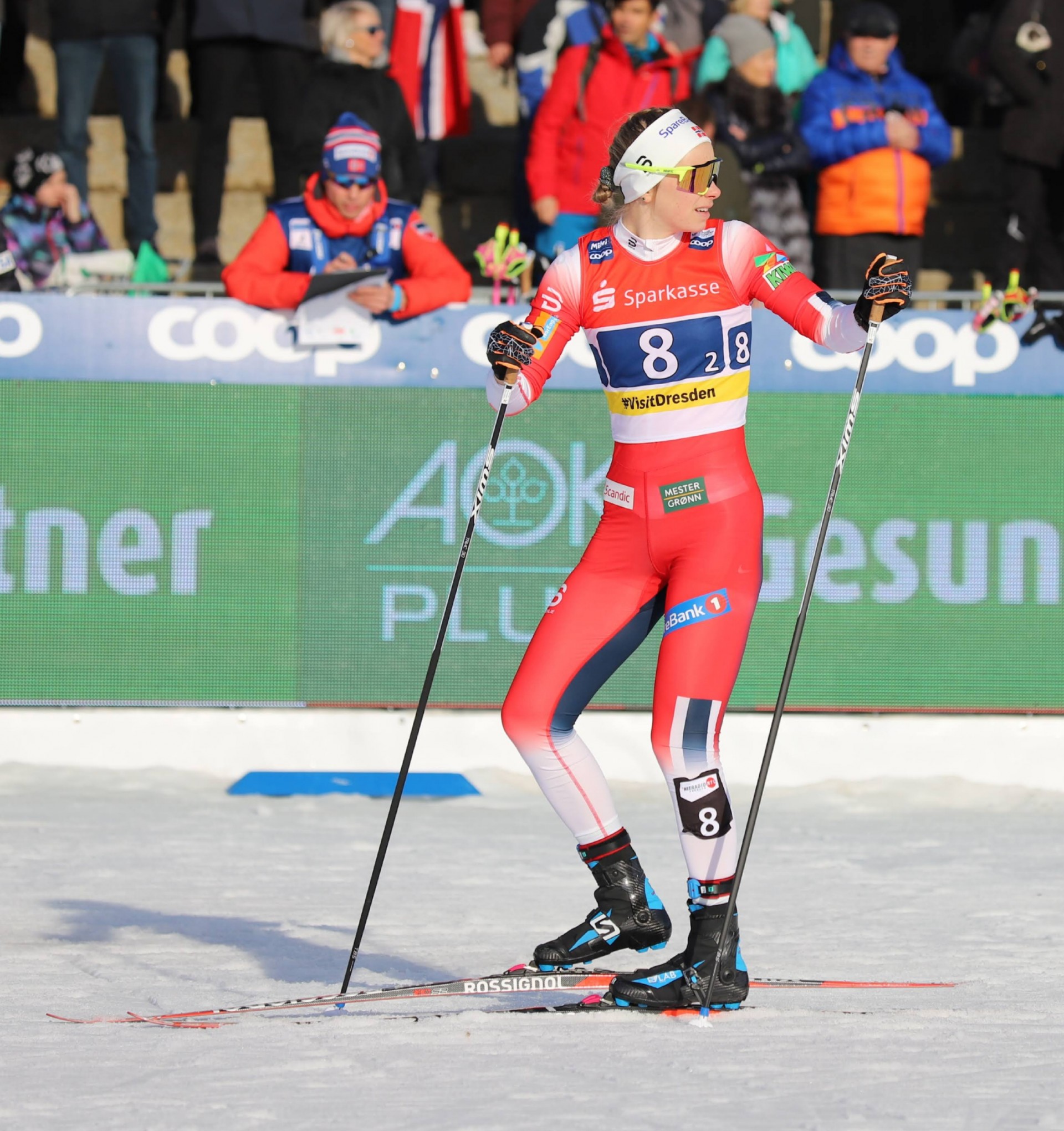 The last weekend Anikken Gjerde Alnaes had her debute race at the World Cup – and finished 8th on her first try.

Today she was 2d at the Norwegian Cup in Lygne in qualification – and that’s nobody’s secret that those Norwegian internal races often have stronger line-up than international ones.

And, of course, earlier this month a 25 year old Norwegian won the Scandinavian Cup – all of that in sprint

Alnaes is not exactly a household name yet and a few outside Norway and the United States where she studied & student raced until fairly recently, have heard it,

The reasons behind any xcskier’s progress are multiple and complex , naturally – but an aspect that caught our eye (and started a conversation with Anikken ) is this:

“I didn’t get a good offer from any equipment producer after last season so OsloSportslager shop offered to help me out. The best decision I’ve made! My skis and my grinds are at World Cup level. Probably not the best, but good enough at many conditions”.

In other words, Ms.Alnaes is a massive exception at this level of class & performance: she has no contract with any equipment manufacturer and thus is free to choose whatever skis work for her at any race! Having said that, OsloSportslager is, or course, one very well-known, one might say famed, shop – but we doubt it could afford to have race managers experienced in particular courses, the way manufacturers do.

Would be very interesting to watch how things progress – would Alnaes become one-off exception to the rule or a new trend-starter a this, very top level?

You may also like:  Madshus And GoreWear Announce Cooperation. Why Is It Important For You, Me & Everyone Else

And we would absolutely love to see her actually win at the World Cup – who’s podium skis she’s going to hold standing posing for dozens of cameras ? Or is it going to be generic Sportslager pair? Hope to find out soon enough.