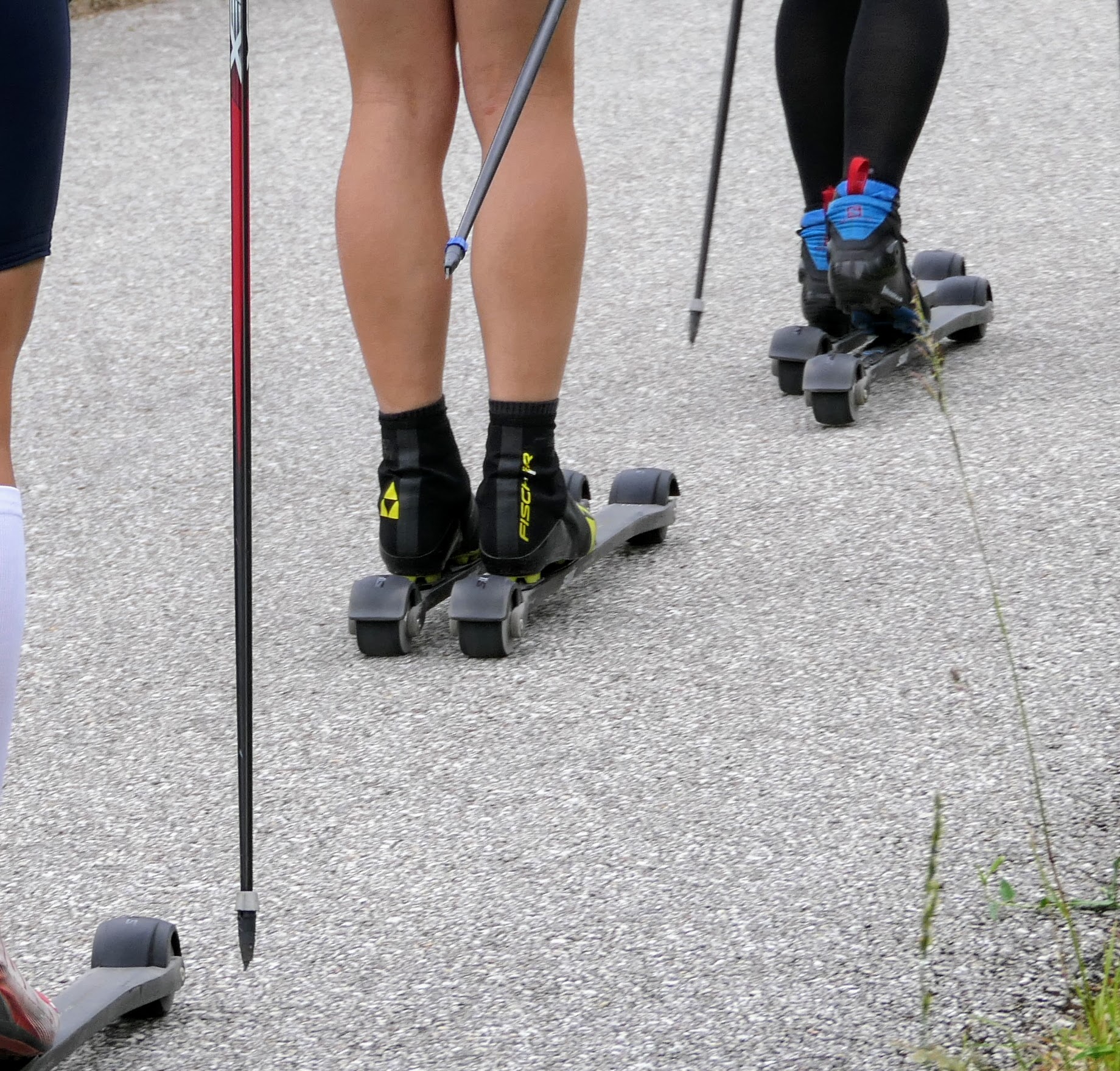 …the video looks like the stuff of rollerskier’s nightmares: first a wheel disintergrates on speed , then an athlete loses control, careens and ,finally, falls hard in the ditch, taking another skier with her.

It does not help from a PR perspective that skiers are called Frida Karlsson and Nora Ulvang, respectively.

An hour later ( and off cameras as far we know) Alexander Bolshunov’ s rollerskis suffer similar sudden destruction, with a Russian ” doing a total overhead flip” in his own words on rhe speed of almost 60km/h

Miraculously, there seems to be no serious damage.

Except, perhaps, to reputation of a rollerski producer that was supplying skis to all athletes in the race.

There is no gloating from competitors. “I feel sorry for them. It’s a small margins business where everyone has to work hard to survive ” says a rival rollerski producer.

Reputations are built, lost – and built again. Today’s near-disaster was clearly a fault of third-party wheels supplier that will likely be punished and / or replaced.

But it does bring a question: why rollerski competitions have to be held at the identical, sponsor-supplied devices? That costs the said sponsor quite a dime to plan and execute – especially in those big, multi-day, multi-location event like Blink Ski Fest or Toppidrettsveka. Costs that sponsors then would have to offset by – how else – keeping retail prices higher than it might have to be.

From spectators’ point of view uniform equipment looks a bit…peculiar – we are used to seeing Klaebo on Fischer and Bolshunov on Rossignol and find it natural that they would not just run for themselves but to promote the colors of their house. Sorry – we mean individual sponsor.

Sure it will bring a new ” arms race” into skiing with each athlete aiming for best, fastest, lightest piece of gear – just like in the winter .

But is it necessary a bad thing?

You may also like:  Introducing My Sponsor: Nadine Faehndrich And Pilatus Aircraft Ltd.