Skip to content
20Jun 2022 by The Daily Skier Editorial

Vale is special, there is probably no one else like her on the World Cup circuit:

We profiled Ms.Vuerich more than two years ago on dailyskier.com :
“..a former athlete herself, Valentina is a lot more than a ski technician. She is a training partner and, judging by amounts of smiles & giggles, one of the close friends to her Team Slovenia athletes…”

The Italian specialist was instrumental in success of the Slovenian team in the recent years – but this month Valentina has signed a contract with none less than Team Norway. Thus becoming, we believe, the first foreign female ski specialist with them. She would be primarily responsible for making sure the skis of Heidi Weng, Julie Myhre and Martin Løwstrøm Nyenget are flying in every race. We spoke to Ms.Vuerich after her first training camp with the Norwegians. 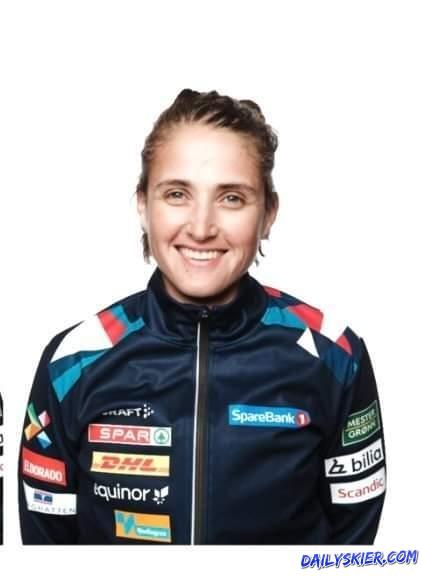 Please describe your feelings after getting, perhaps, the world most coveted job in cross-country skiing tech world?

When I got to know that I would be a part of the Norwegian team my first thought was : “Wow, they really choose me???? ”
I mean I was a bit shocked, I was thinking I was dreaming… but the I started to work with them for the first time , last week in Sognefjellet I was no longer shocked but really happy because I have realized that I was really there, I started to know all the other service guys and all athletes and already from the first moment I really felt welcome in to the team, everyone were ready to show me how it works in the team. Everything is really professional and organized in every detail and of course I needed a bit of time to ” get inside the system”.

You may also like:  Dario Cologna Marries His Long-Time Girlfriend

You are used to work in a small team – now you join the world’s biggest and the best equipped. How different would your job be?

– I’ve spent 10 years in the FIS World Cup working with smaller teams, and of course, the system was totally different, when you work for smaller teams you must be ready to do everything and anything plus work with what the “budget limit” permits you.
Well, clearly, Team Norway’s resources are much bigger , but you must consider also that there are 24 athletes in the squad so at the end we have the same quantity of work that I had in past, if not more.

In Sognefjellet I have realized how much hard work the Norwegian servicemen do, I’m really impressed, from outside its easy watch and say: ”Oh, they have a big budget!”, “they have a lot of people! ”, “they have easier life!”, … but I have realized in the short period of time that it’s not like that, they work from the morning to the evening non-stop. They are really well organized and they have a clear plan for the future, I was really impressed by all that!

What do you see as your biggest challenge in the new job and what is the personal achievement/ dream you want to fulfill while working with Team Norway?

– My challenges and goals are always the same, I have changed team but my work mindset is still the same: I shall work harder every day to give the athletes the best skis possible.
The athletes’ achievements are also gonna be mine, I’m there for them, so when they would be satisfied I would be too.

You may also like:  Most Exciting Event Of Summer, That Most Of Us , Sadly, Won't See

I was assigned to take care of Heidi’s , Julie’s and Martin’s skis but as it was explained by the service team head Stein Olav Snesrud, everyone works for everyone and does everything that is necessary, we are there to help each other, so behind athletes’ results will be a whole team’s job, not a single person’s.

I have found a really open- minded service team, they are ready to have a discussion if someone has a different opinion, because at the end the goal of everyone is the same: have the best skis possible.