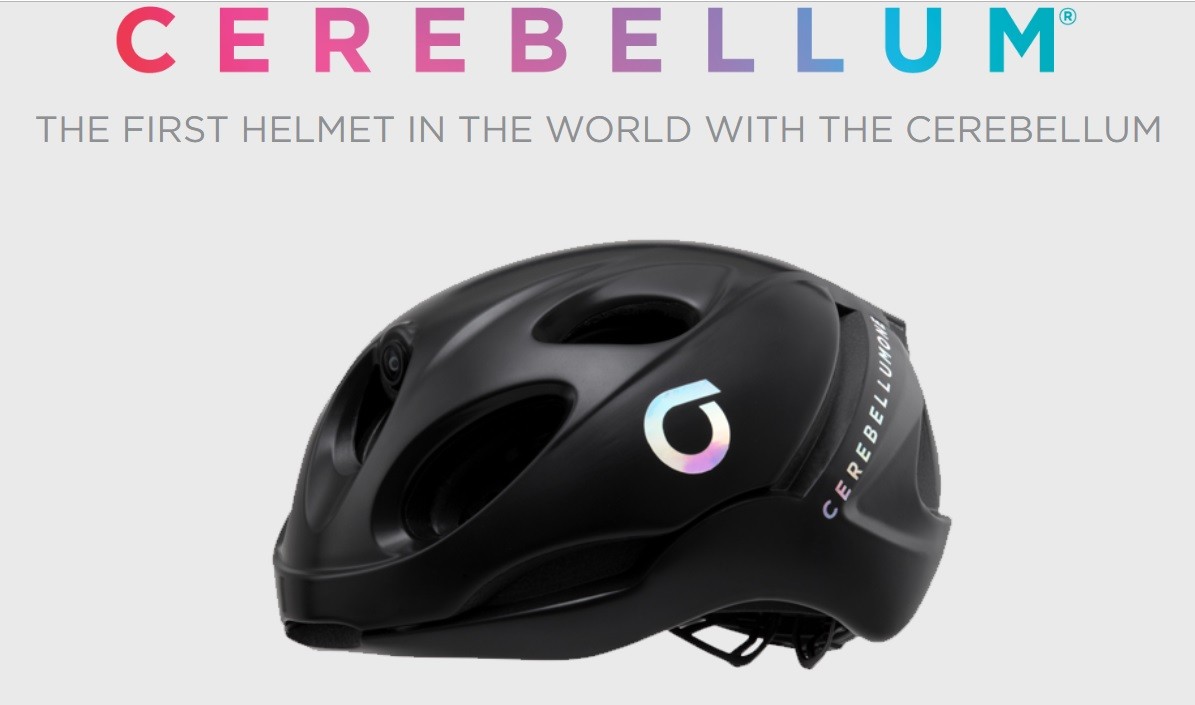 The cerebellum, as we all remember from the school course of anatomy, is a part of the brain that contributes to coordination, precision, and sense of accurate timing.

It comes with its own microprocessor that onworks data from an incorporated radar, 2 (two!) front and one rear Full HD video cameras, a GPS sensor and a gyroscope. It also features temperature and sweat sensors the job of which is to warn you of dangerous dehydration. It will also call & message emergency services in case of crash or collision.

Did we forget anything?

Oh, and the price of this techno-marvel is expected to be just shy of 500 euros.

Yes, we know, we know – the good people from Briko probably did not really have the skiers in mind designing it – how else would you explain the presence of totally useless features such as ” rear view mirror on the screen of the helmet wearer’s smartphone?! Useless for us, that is – but not for the main target group – that of well-heeled cyclists.

Still, with all the features listed above, the Cerebellum One is one worthy companion – and, hey, quite a Christmas present. come to think of it. Just make sure the significant other in your life gets to see this story.

You may also like:  Gambling Company Becomes Sponsor Of Swedish Skiing