The great sport of cross country skiing is suffering from the lack of personalization.

No, the names of great athletes are known & are being talked about. But who are the people who make it all happen, who run the show? Industrialists and equipment designers, coaches and doctors, waxers and competition officials? Very little info is available and interviews with them are even rarer – we dare you to prove the opposite.

On our part, we strongly argue that in this century everything is personal and reflects beliefs and ideas of specific people. And yes, it needs to be a public knowledge. Right, Elon Musk?

… Today we introduce the man who for ( almost) 15 years often went against the grain, the man who’s impact on the winter sports is already significant- and he just closed one chapter of his lifebook to start a new one.

In the last few days had very interesting, insightful and rather candid conversations with Mr.Bennert that we plan to share here in two installments: Part 1 will mostly be about One Way – and Part 2, naturally, about his plans with 4KAAD.

– So, how did the company that was developing so dynamically found itself bankrupt?
– Andreas Bennert: Difficult times started 2015 with a drop of business in the Russian market by 60% and bankruptcy of 2 large distributors in Norway and the US.

Another factor: the winters in Europe from 2015 onward have been very difficult with poor snow conditions.

You may also like:  Defying Conventions: Skier Who Runs & Wins In Non-Carbon Sole Boots

We tried to get a grip on the business by restructuring. We managed quite well the following years with a lower profile in marketing and concentration in business, but the bank pulled a credit line….

In 2017 we have been approached by other players for potential acquisition and joining other distribution channels .

One of the contacts was Fischer which looked like a perfect match regarding distribution and harmonization in the product portfolio.

Fischer decided not to take over anybody from the ONE WAY team in Finland and factory team, but do everything from Austria. The team in Finland was the core of the brand. Brands today are built by people and this was the biggest value of the company. After this decision I decided myself as a founder to leave as well. 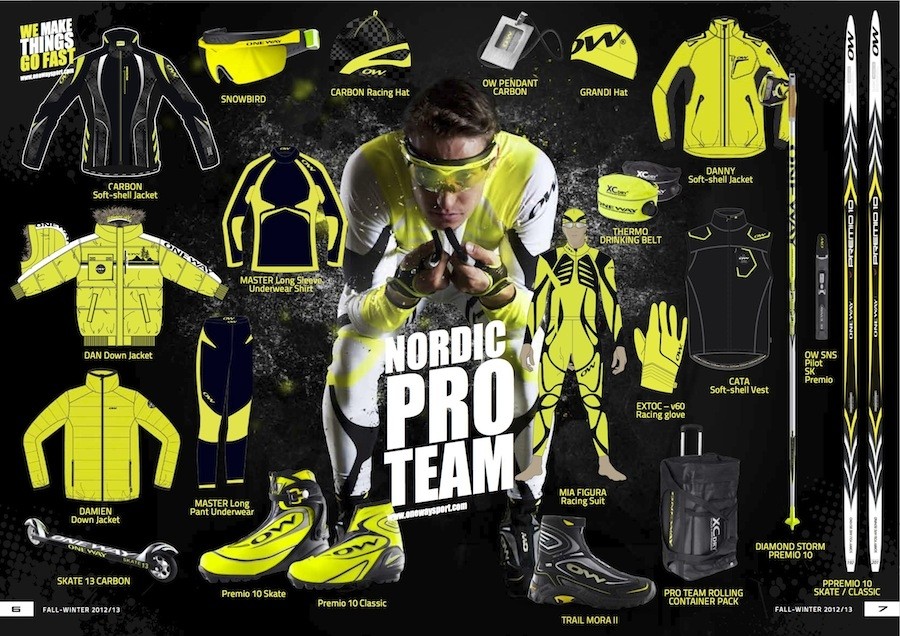 – Some said you stretched yourself too much by signing many top athletes. Others said that you paid them more than a market rate…

– No, most athletes had contracts with fixed payment depending on the ranking in World Cups, plus bonus for podium. The annual amounts haven been similar to what other brand offer to athletes.

It’s true, we did a lot of sponsorships in ONE WAY, almost 80-90 athletes with poles, glasses, gloves and had in some years been a main supplier of national teams of France, CA; BLR , SLO, SLK, CHN in textile.

There were several athletes over the years, who created the brand, not only with their medals, but with charisma and loyalty for many years: to name only some here: Virpi Kuitunen, Pietro Piller Cottrer, Petra Majdic, Aino Kaisa Saarinen, Tobias Angerer, Martin Fourcade, Vibeke Skofterud…

You may also like:  Nejc Brodar: Slovenians Are Sporty Nation. People Put Heart Into It

Yet now with 4KAAD we are looking for maximum of 2 full good persons and characters. We also feel that we don’t need to be part of every ski Pool in the World.

– If you were to look back: what would you change with/ about One Way, specifically?

– As we faced significant challenges with the poor winter situations, we would need to start much earlier to establish a balance to winter with a good summer business. We tried it with road cycling and 2 Tour de France teams, but it needs more time to establish a serious business platform. We were definitely depending too much on snow and a sales season of max 2-3 month/year.

– Fans and detractors alike will remember One Way for unusually bold advertizing – like a famous “bikini skier”
– I you compare to snowboard or freeride, a bikini girl is nothing special, but for xcskiing yes. Cross country is not only for +45 year olds; we need young athletes 16-20 to grow into the sport. How do you want to do it , clearly, not by showing mages of Juha Mieto, Thomas wassberg etc.! These kids are living in a modern urban world full of social media streams. I don’t say a bikini girl is a key but it is one trail to create interest. And it did it.

END of PART 1. Stand by for PArt 2 where Andreas talks about what he plans to achieve with 4KAAD brand, how its new poles are different from storied OWs and what 4KAAD really means. 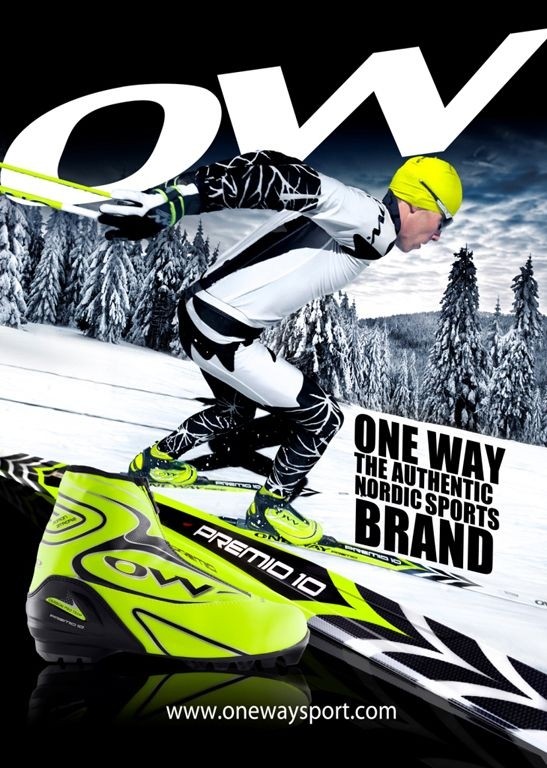 You may also like:  Our Test: Karhu Mini - Good Fun, Maxi Convenience