Modern rollerskis come in such a vast variety of length, platform material, wheel sizes & intended use, that it would be easier to say what do they all actually have in common: two wheels attached to a frame. True? Well, not quite. There is a very rare breed called “four wheel rollerskis” – a longer platform with four wheels arranged (mostly) in a single line.

In different times different manufacturers were or still are producing these exotic marvels. The reasoning behind complex and expensive creature is as follow: longer frame of four-wheeler mimics the feel of long skis better and provides what the Germans aptly call Geradeauslauf-Führung  ( directional stability)

Rolec’s website lists Björn Daehlie Nathalie Santer, Giachem Guidon and other titans of the past as athletes who use them. Our guess is, they probably were at some point in their respective careers, but, clearly, are no longer. Ole Einar Björndalen, also mentioned, is still very much on the circuit – but again, not on Rolec.

AE Produkter, Sweden.
The Swedish boutique rollerski producer with over four decades of history also had a 4-wheel design, outwardly similar to Rolec. It featured 720mm frame and 80x??mm wheels.

AE’s new website makes no mention of the four-wheeler and we assume they are no longer produced. 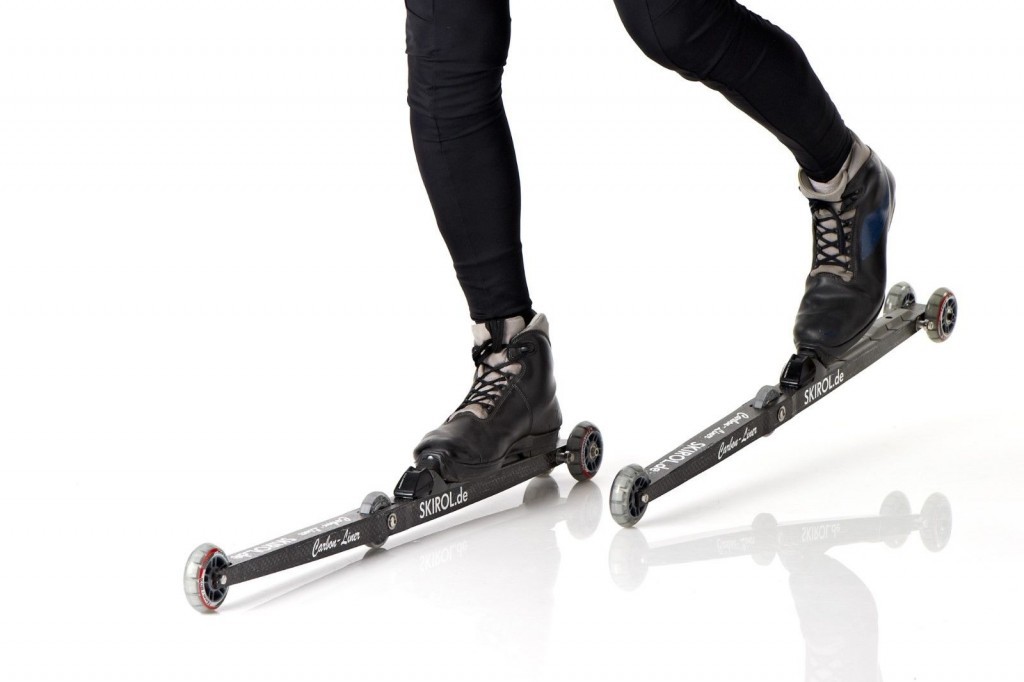 Carbon Liner is ‘an odd man out’ on our list – it does feature four wheels, but they are not arranged in a single line – more like an over-sized rollerskis for uphill races with an extra wheel placed immediately in front of the bindings.

You may also like:  And Now For Something Completely Different: Nighttime High-Altitude Ski Race That Bans Doublepoling Outright

Carbon Liner does not appear to be actively marketed any longer, but could be found on EBay for € 395,00

The only company that does market their version of four-wheeler today is SiRiRO from Neuhof in Hese, Germany.

SiRiRO stresses that DoppelQuattro is the pair to have when the road is bumpy and cracked – they are, apparently, very good at absorbing those bumps. We would love to put this claim to test

….Have you ever used a four-wheeler as above – or any other four-wheeler we don’t know about? Send The Daily Skier your stories and comments!