Skip to content
02Dec 2021 by The Daily Skier Editorial

On Thursday Johannes Klaebo has reappeared right where everyone expected him: in front of his teammates, doing speed work on Friday’s sprint course in Lillehammer, ahead of the pack of his teammates.

They looked powerful and fearsome indeed. 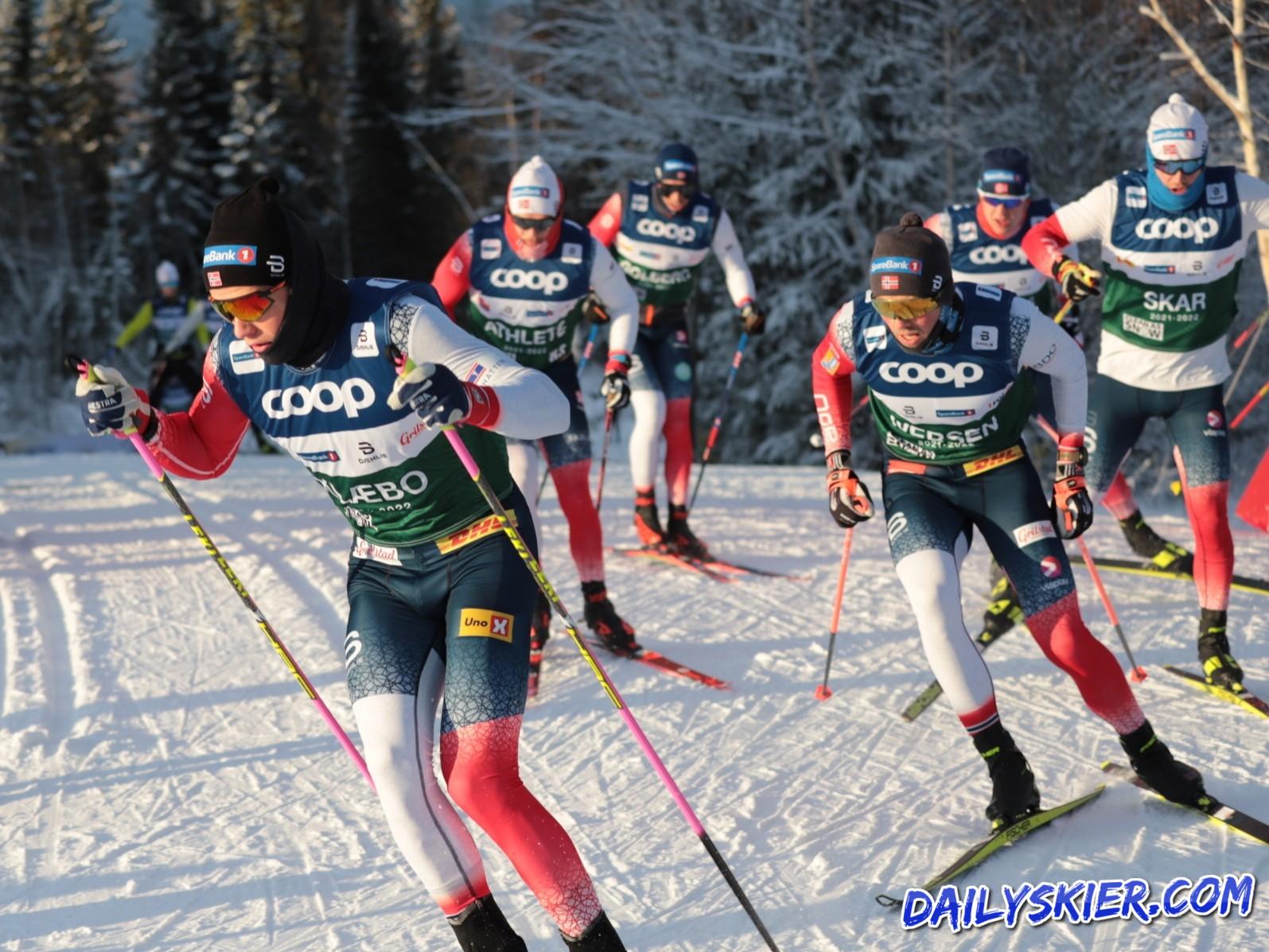 But Johannes was and remains in a limelight this week for enterily different reason: the only one in the Norwegian squad to publicly disagree with NENT/ Viaplay playing a dual role in the country’s skiing this season: as a broadcaster and as one of the national team’s main sponsors.

He rebelled – and lost. On Friday the world shall see the triple Olympic champion sporting Viaplay logo.

The Norwegian media uniformly say Johannes looked dejected, even defeated on hastily held press-conference today ( and refused to discuss anything to do with Viaplay). That’s not our impression from Thursday.

But impressions aside, Johannes had always bee taking his own path, rightly or wrongly:
– He trains a lot under his granddad – the only pupil in that ” microteam”.

– He often comes to races in the mountains in the last possible hour instead of more or less standard long accommodation on altitude.

– He doesn’t go to Blink Skifestival ( with notable last year’s exception) – one of the two highlights of the summer season in Norway ( Toppidrettsveka he does though).

Becoming a top champion at such an early age and holding the supremacy ever since , Johannes can afford to do things his own way. The world of cross-country skiing should be grateful to him for raising issues that go well beyond the specific sport – like interdependence of athletes, media and sponsors.

We look forward to seeing Johannes continuing being himself – he wants to and afford to.