Gus Schumacher has convincingly proven his status of the hottest up-and-coming star of the men’s cross-country skiing by finishing 18th overall in his first Tour de Ski – ahead of many an experienced skier and , more importantly, ahead of equally young, talented and highly marketable William Poromaa of Sweden and Alexander Terentiev of Russia.

A 20 year old Alaskan scored his first Top 10 finish at 15k C earlier in the week and was 19th at the finish line of the grueling Alpe Cermis climb.

We chatted to the young American immediately after his last TdS race:

Hardest race you ever had?
– The uphill climb was mentally hard but I’ve definitely had harder races on regular courses. Honestly, the worst part was like the first 1/3rd when the leaders were accelerating and I was sorta caught farther back. Woulda liked to go faster earlier I think, but also the end was heavy as hell. 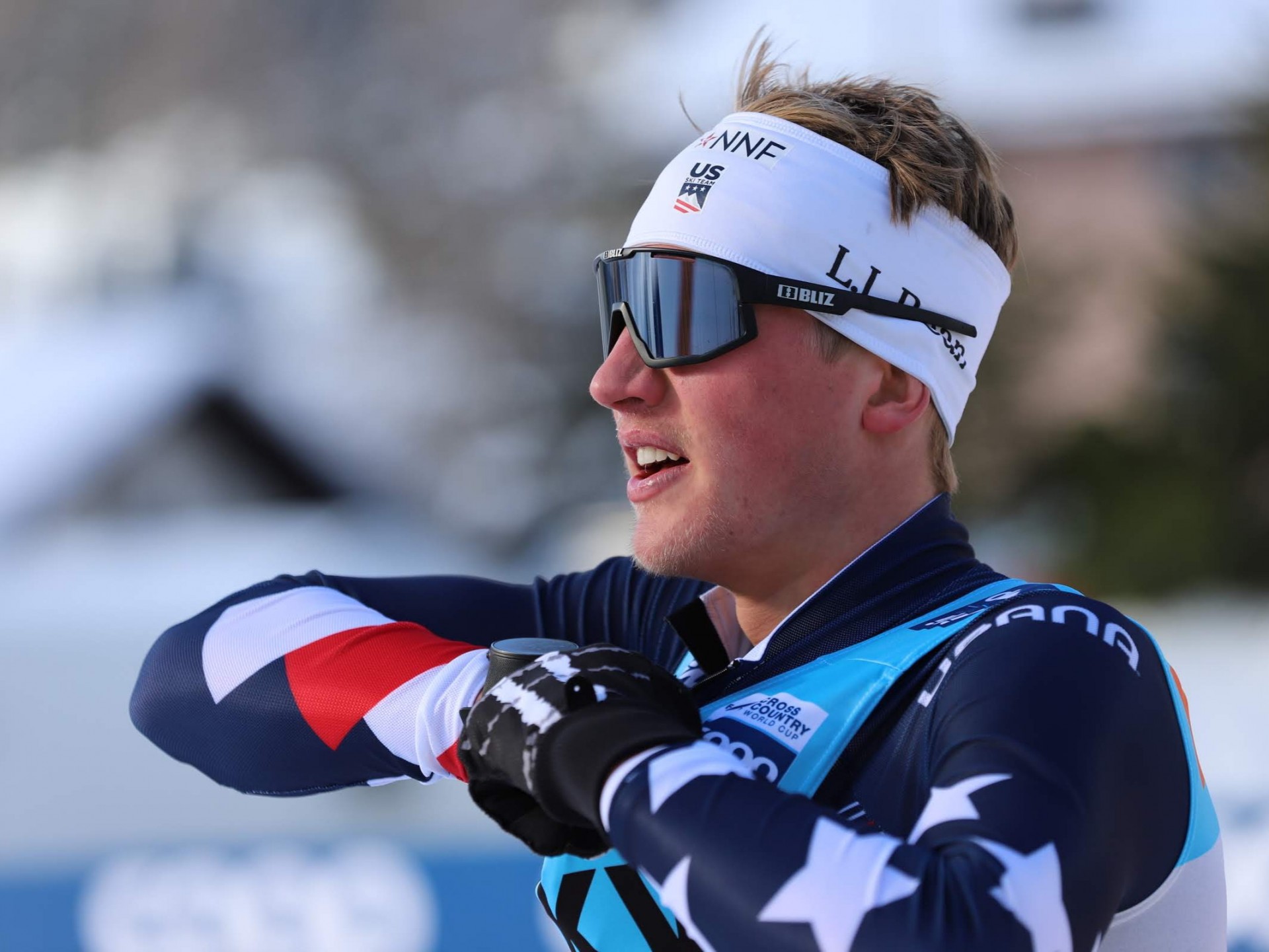 You’ve been in Europe for months now. How does that feel?

– It is the longest stay. I miss my family and dogs the most, and also friends. Although they haven’t been able to see each other much either with Covid. I also miss some of my normal foods( e.g. Costco flautas) , but I can deal with that. The best part is being able to do competitive racing every weekend, but outside of racing I really enjoy spending a lot of time with a fun team and seeing new places.

How about the European food?

– Over here the Italian pasta really lives up to its reputation. I’ve also been appreciating good soup; JC, Kevin, and I started rating every soup we had at dinner.I think the best rating so far was a creamy chicken soup from the hotel Kulm in Davos

You may also like:  Top Swedish Skiers Hold Impromptu Races

How did you find Swiss prices? And how does the money side of things work for you in general?

– Yea, holy nuts! I only went to the store once, just a little gas station to get chocolate and it was sooooo expensive!
Right now I’m supported by my parents at home, and the national team at training, but I’ve talked to Jessie a lot about the marketing side of things and I’m definitely working on being more self-supported. 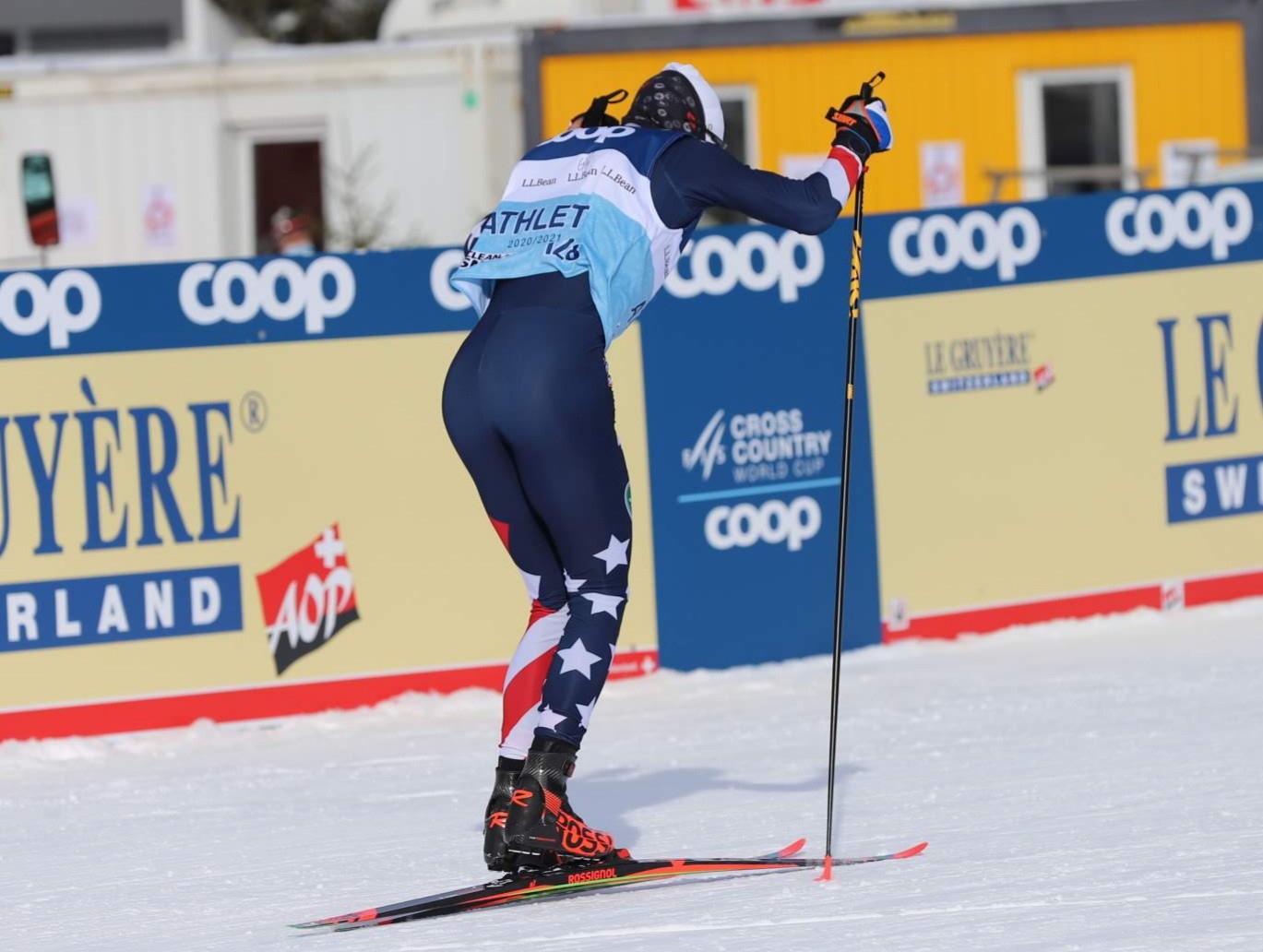 In interview in the summer you said you’re single.Still are?

– Not really, its a bit confusing because of distance but I have a girl at home I’ve been dating.We hadn’t been dating for that long so it’s nothing crazy. Kinda fun to have another person in Anchorage to talk to and help me feel more connected to home.Calls every few days and then also messaging 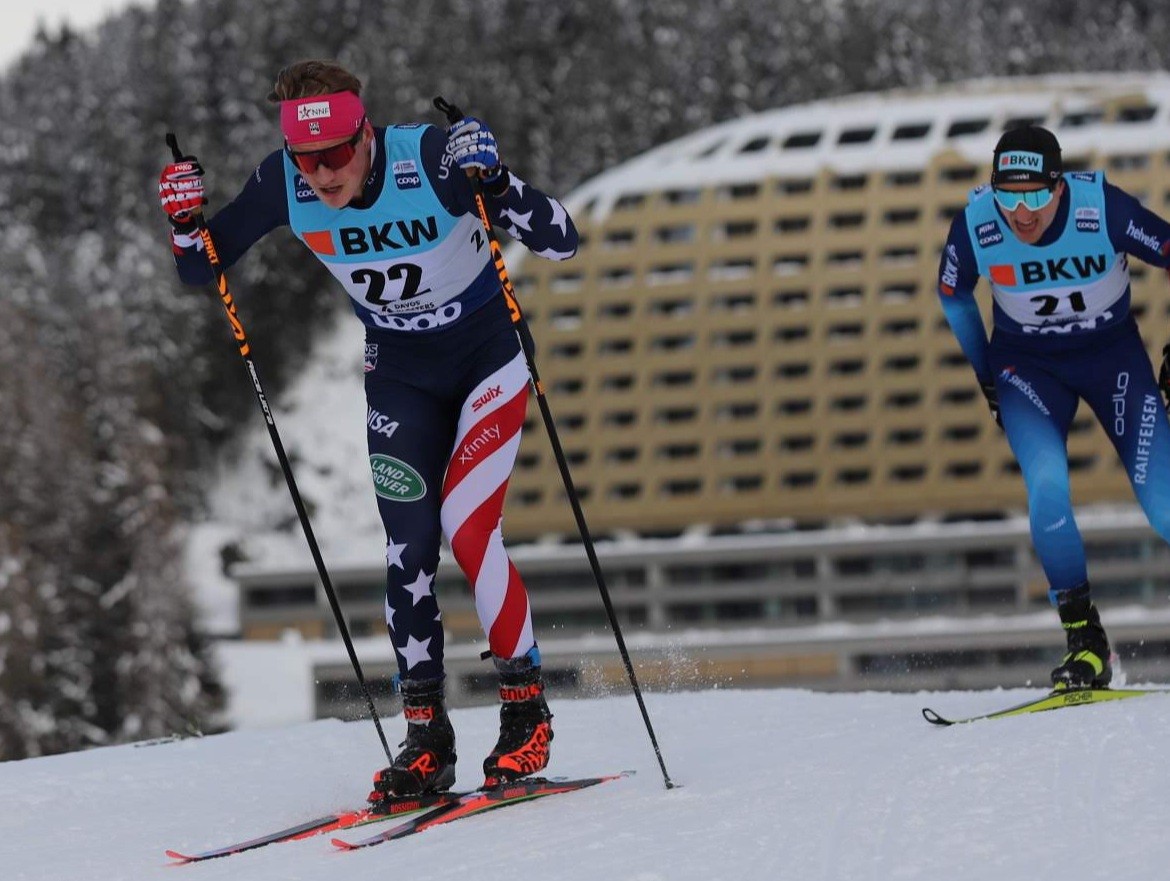