The tensions that were/are simmering in the top-level international skiing seemed to have reached the boiling point.
Late on Friday, Peter Schlickenrieder has thrown the gauntlet, publishing the Instagram post in which he openly calls for “Big changes” 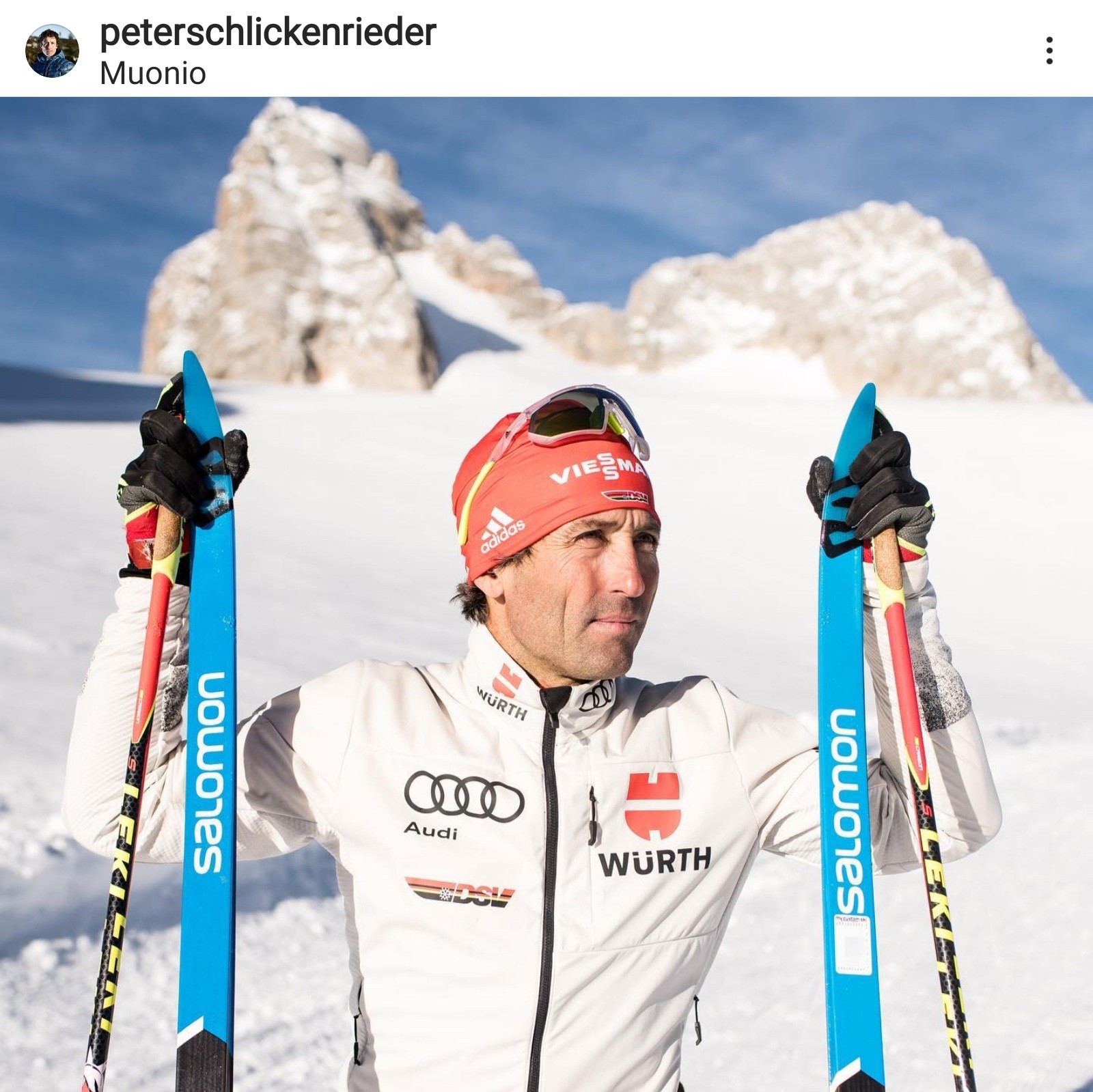 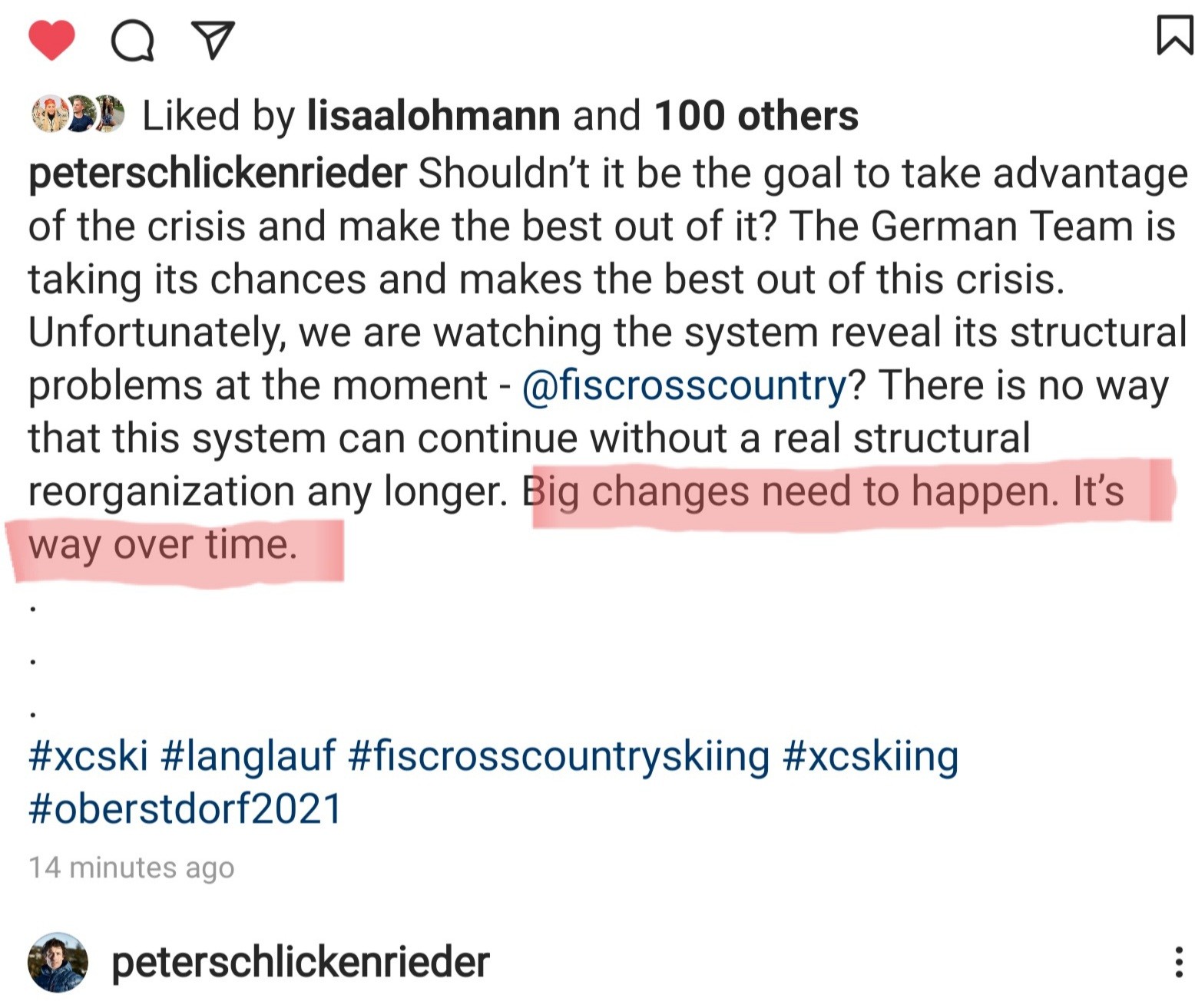 Earlier the same day Yelena Vyalbe has threatened to withdraw the Russian squad from the World Cup should the authorities somewhere try to quarantine an entire team if one team member gets a positive Covid test – apparently, that happened to the Russian Alpine skiers earlier this month when a waxer got corona-positive: everyone was ordered to stay indoors for over a week & not allowed to compete.

Both Schlickenrieder and Vyalbe are far bigger personas in their home countries than the actual sport of cross-country skiing. Schlickenrieder, a very successful businessman, writer and television personality in post-athlete career, is extremely influential in the country that is widely seen as the key market for xcskiing.

“Vegard Ulvang should take his hat off ( step down) and be replaced by someone who understands something about the entertainment business” the boss of the German team told Dailyskier.com in message exchange.

The example of well-run business is not far to be found : the International Biathlon Union owns the rights to all of its competitions, does its own television production and sells it better and better each cycle. As a result, it is rich and independent in choosing where and how it wants to stage its races.
In times of Covid-19 it also means that it could afford creating expensive “bubbles” where the host country’s epedimiological rules de-facto don’t apply. Capitalism just works that way: in Germany for instance, kids are currently not allowed to play soccer but Bundesliga matches go on uninterrupted. Bubble rules!

The FIS system that Schlickenrieder wants to change is entirely different and rather archaic: each race is staged, organized and owned by a respective national federation, undermining marketing potential severely, leaving xcsking relatively poor – and therefore exposed. The big players ( e.g Russia, Germany etc.) were grumbling even before: television, the main money giver in any pro-sport, is no longer interested in cross-country skiing regardless of the local stars’ performance: it does not make for a good television show compared to biathlon. With the FIS structure being totally exposed to the rules, regulations and whimes of local authorities when it comes to anti-covid measures, we are probably witnessing the beginning of the full-time revolt. 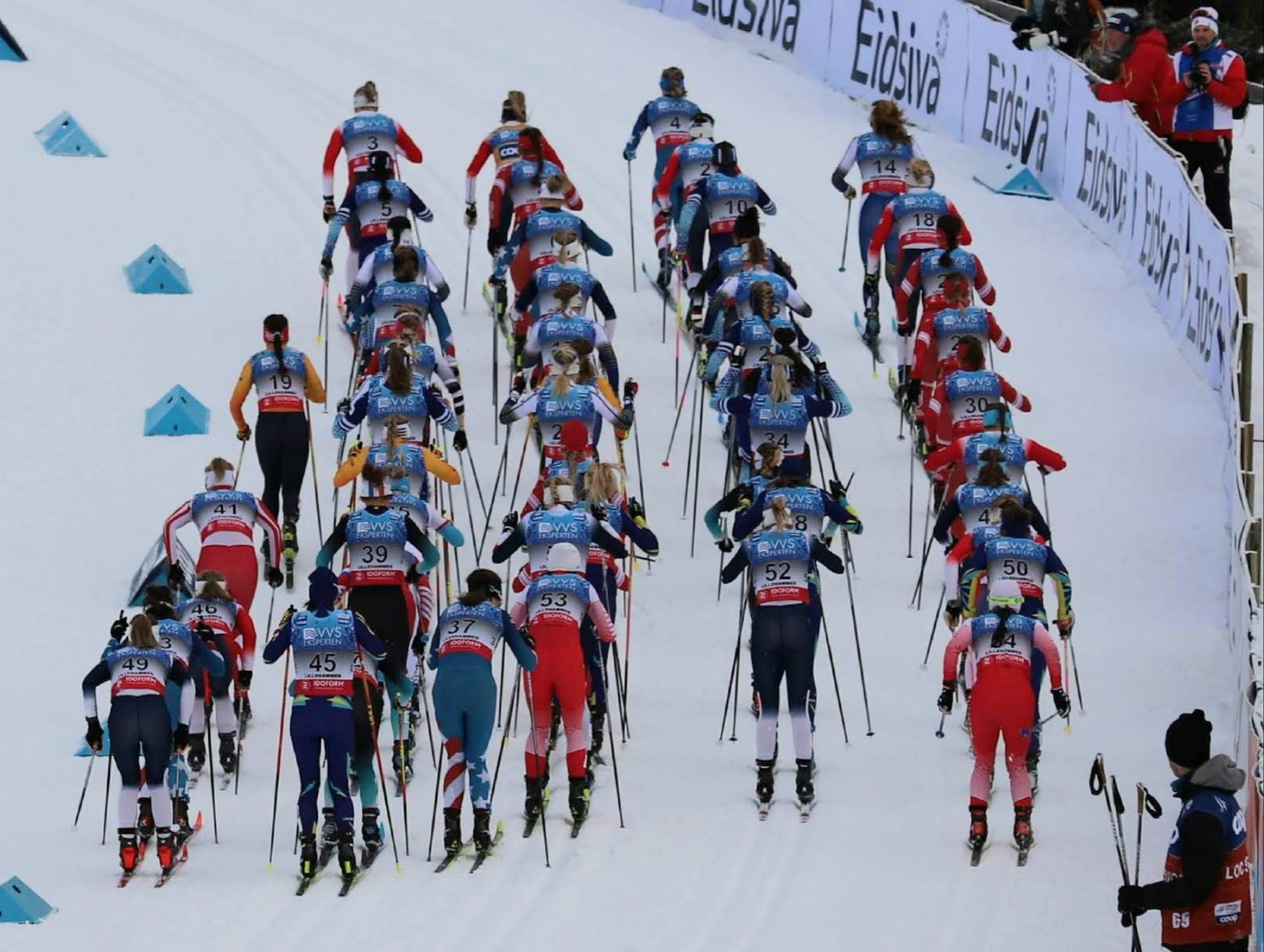