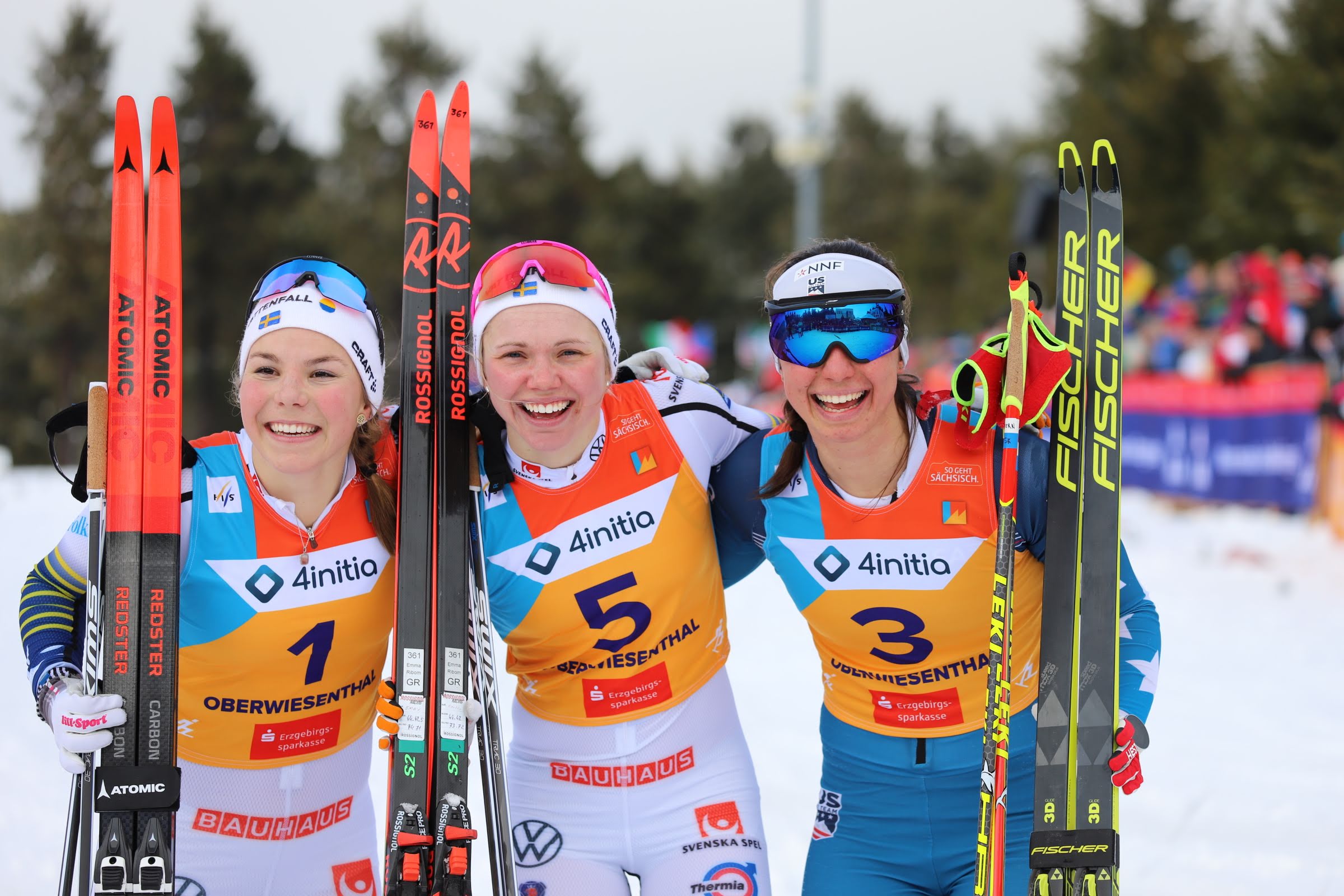 On the photo above you see what happens when a sponsor’s rep got stuck on his/ her way. Emma Ribom, fresh from grabbing a U23 world championships’ gold medal, is posing to photographers …with actual skis on which she won minutes ago!

Stands out quite a bit – especially as Johanna Hagstroem and Julia Kern hold de rigueur ” podium skis” from their respective sponsors.

We get the idea behind podium skis in principle: a sponsored athlete is a walking (skiing) advertisement but the only time photographers and television cameras are guaranteed to capture one’ gear is a victory ceremony, both formal and informal kind. And no part of the FIS long rulebook says it should be the actual pair.

Athletes themselves might prefer to hold clean podium skis instead of those, you know, full of lovely klister.

Yet we think that the whole ” podium skis charade” starts to look outdated.

Can you imagine Messi or Ronaldo switching their boots before kissing yet another cup they won? No – amongst other reasons because fans love to see what did they actually use to score that winning goal.

In cross country skiing lots of die-hard fans care as much about what skis worked in which weather and what grind was used – information one could get off Emma Ribom’s skis in our example. It gives people something to ponder and chat about online – an essential ingredient of keeping fandom going in 2020.

We think the whole podium skis ritual had outlived its usefulness. In the world where every step of any athlete makes it on Instagram and TikTok within minutes, going back to celebrating with actual winning skis would make more sense.

You may also like:  Thomas Drindl, Head Of Fischer Nordic : When It Comes To Promotion We Expect More From Our Sponsored Athletes