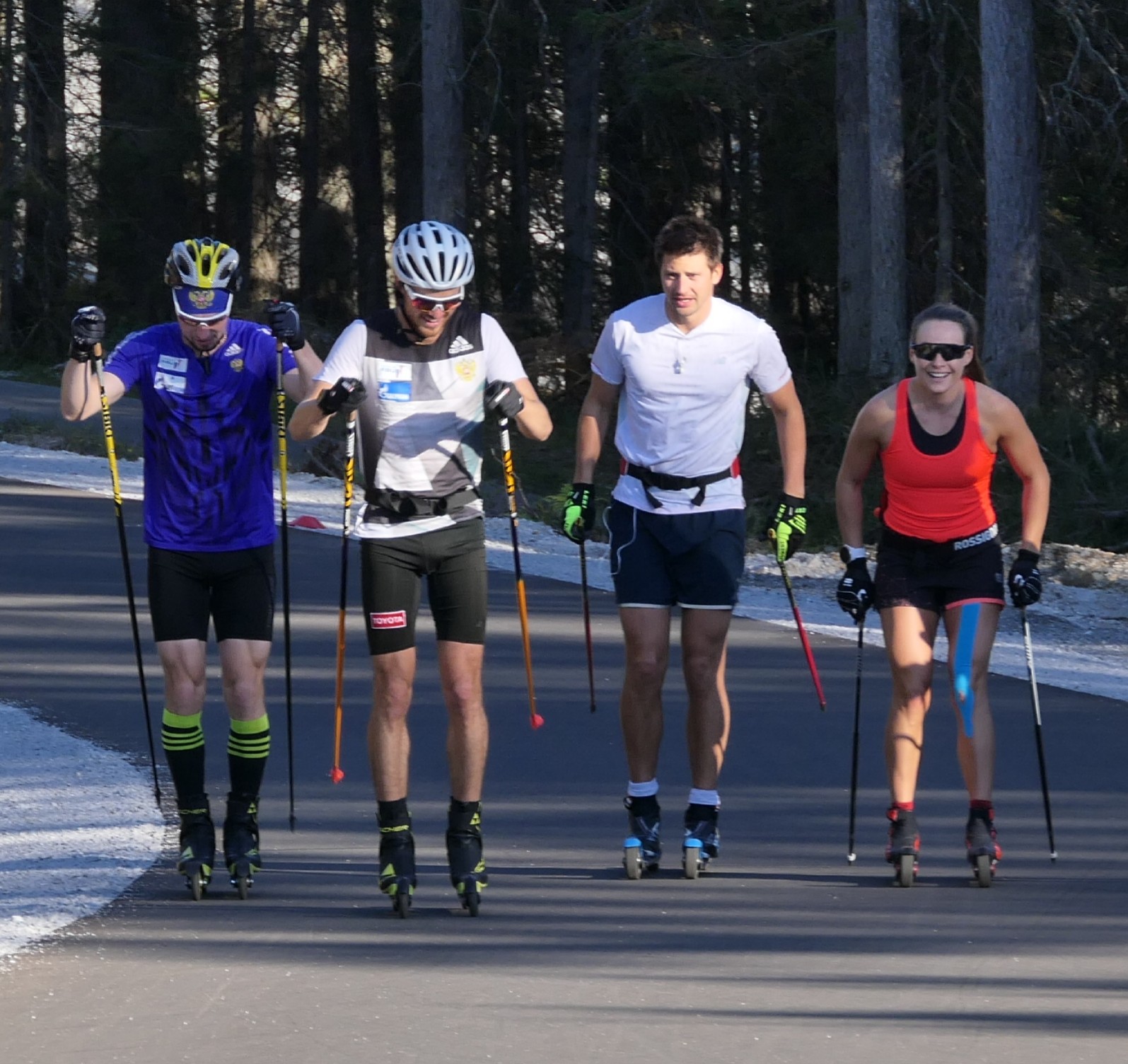 A conflict broke out in the Russian biathlon: national team leader Alexander Loginov, #2 in the World Cup – 2018/19 (on the left on our photo, blue t-shirt) has refused to sign a contract with the national biathlon federation.

The issue at stake: who has the right to the best spots on athlete’s apparel & ( because it’s biathlon) rifle? Best means the most likely to be filmed & televised during races and, therefore most sought by advertisers?

Do the “best logo spots” belong to the national team /the federation that needs sponsors’ money to feed, cloth & coach athletes? Or do they belong to the athlete him/ herself who attracts viewers in the first place ? Most would say ( and do in practice) – share! But in what proportion? Russian media reports that Loginov was offered one ” prime spot” but he insists on three. Fair or not?

Earlier this summer Johannes Klaebo refused to sign a similar ” employment ” with the Norwegian ski federation until the sides sorted out ” their advertisers vs his advertizers” – although in that case the issue appeared to be time division rather than ad spots. Some would remember Petter Northug’s battles with the very same federation over his personal sponsors and his right to wear certain logos.

You may also like:  How much Klaebo earns - and what others could learn from him