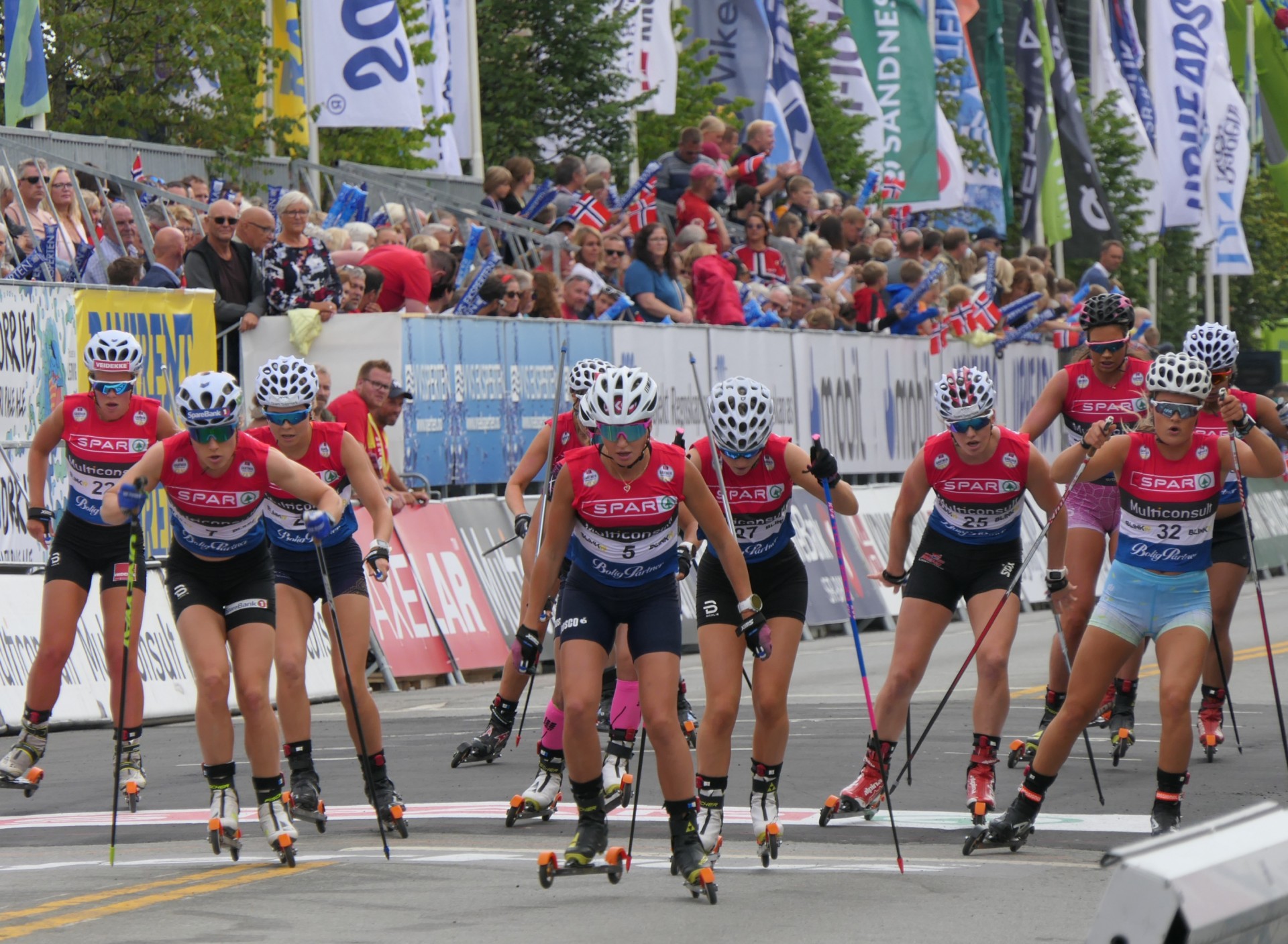 Blink Skifest is , without a doubt, a premier xcski and biathlon event of the whole summer, packed with stars of top caliber.

Think about it: only the Olympic Games bring together more of world’s best athletes of both those ” sister sports” – and even then they rarely rub shoulders in a literal sense.

In a way Blink resembles original Olympic ideas, those of Pierre de Coubertin: having fun, forging ties, making new friendships among the athletes and , occasionally with fans who have unparalleled access to sportsmen and -women.

All of that with minimum material reward for either victory or mere appearance.

Which is amazing, really.

This is a departure from a regular line that we preach on the Daily Skier: the skiing has to be become more professional, it all has to evolve around star athletes, who need to be paid not just for victory but simply to take part. But here’s time and place to admit: somehow Arne Idland & his team at Blink have managed to find a furmula to buck the trend: professional sport could also be about having fun. Somehow, it works for athletes, their respective clubs and national federations, spectators on the terraces – and those who pay for the show, sponsors.

We are not sure that unique blend could be replicated outside of oil-rich Western Norway, but looking forward to hear about the next success story.

You may also like:  Equipment Update: What We Saw At First International Race Of Season