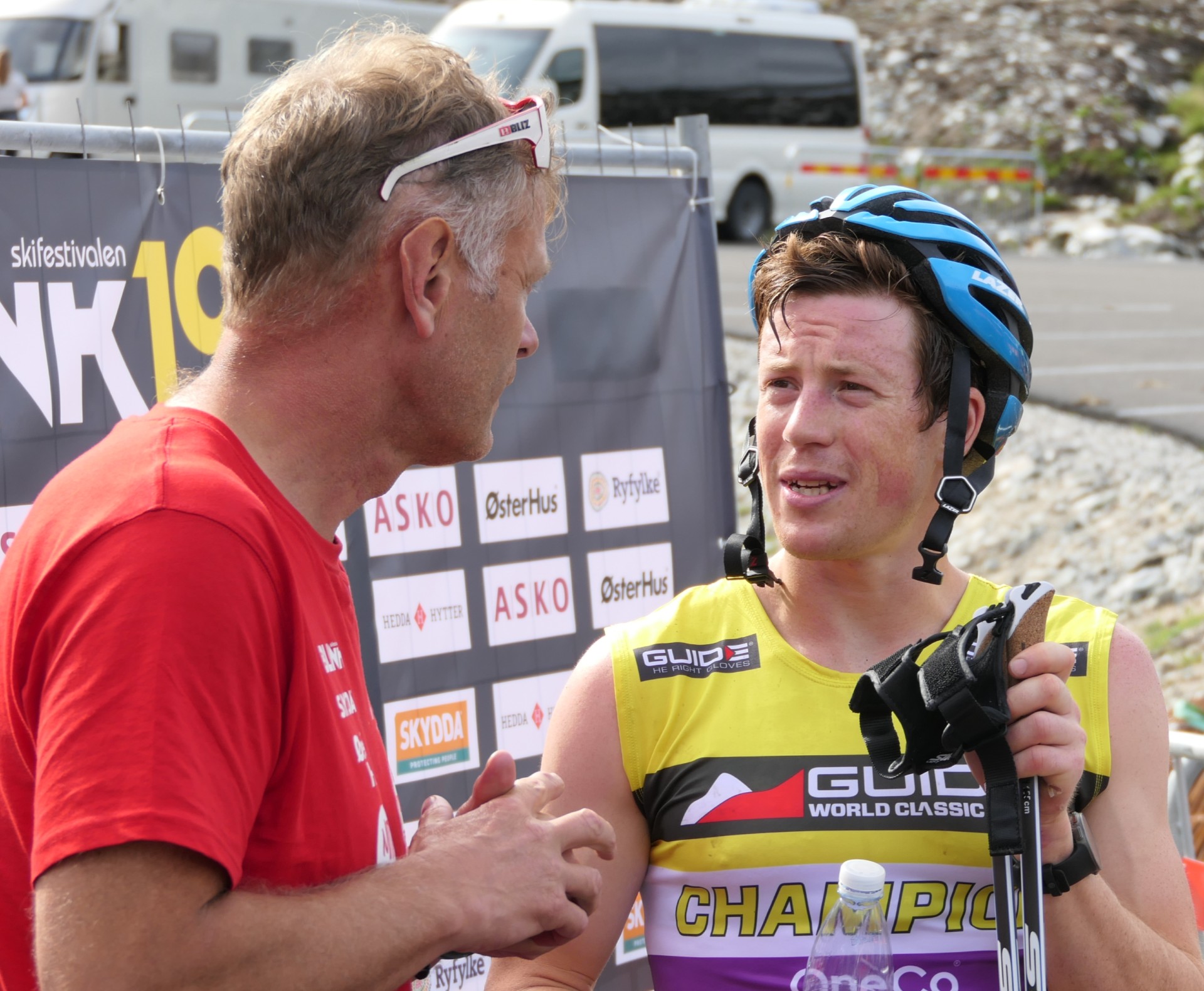 …When the founder and director of Blink Skifestival Arne Idland mentioned a few months ago that he wants to add Lysebotn Uphill race in doublepoling style to the program , many thought the idea to be out of whack.

No video can properly convey the impression Lysebotn climb makes on a visitor – it’s Daunting with capital D. No other rollerski climb in the world would provide such a test of one’s fitness. Yes, Stelvio and Sa Calobra might be more of an ascent, but far less steep – Lysebotn is more or less constant 10 degrees uphill.

Sceptics ( us included) were totally in the wrong! Dozens of people of both genders signed, including Olympic champion Justyna Kowalchyk and reigning world champion Sjur Roethe.

At the end it was Astrid Slind from Team Koteng and Andrew Musgrave from Team GB a.k.a British national team who came first got the finish line. Astrid is one of the leading figures of Visma Ski Classic series and her dominance in doublepoling was expected. But Andrew was hitherto known mostly was his prowess in 15k freestyle ski races ( until yesterday, thatbis, when he won 60k C at Blink).

” It was actually easier than Lysebotn skating races I’ve done before – there my legs would be incredibly sore towards the end . Here I got very tired but obviously less tired than the rest” smiles a 29 year old who mostly trains in Norway – and speaks almost- native Norwegian.

In the world now has a new ultimate test of physical fitness. Challengers have a year to prepare

You may also like:  Up Close & Personal With Yelena Vyalbe: Part II

On the photo: Andrew Musgrave explains to Arne Idland how much he really enjoyed that constant 7.4km climb