If there is a story of rapid rise in the world of cross country skiing that should be the one of IDT rollerskis.

Mere three-four years ago practically nobody heard of the brand – but now, in 2018, it looks like anybody who is anybody in the world of skiing is being seen training and/or competing on IDT skis.

Ingvild Flugstad Østberg, Martin Sundby and Johannes Høsflot Klæbo lent their names directly to the brand promotion – and , if you read the interview on the Daily Skier , it’s not just names – but hours of their work as well.

We have looked into the IDT story so far and put together a few facts that – one hopes – would help to explain what it takes to make a break on already competitive market.

Or just satisfy your natural curiosity.

– The abbreviation IDT stands for “Industrial design and technology”

@liinei from @idtsports efforts ( and succeeds) to cope with handing out/ getting back rollerskis to all the athletes participating in @blinkfestivalen. IDT has delivered 1000+ brand new skis to Blink this year. In-depth look into a brand that is taking the world by storm – soon on Dailyskier.com #langrenn #langlauf #лыжныегонки #rollerski #xcski #Sandnes #rogaland #norge

– IDT ( formally called IDT Solutions AS) was founded in 1995 by Svein Iversbakken who remains the CEO of the company, while 28 year old Morten Iversbakken serves as marketing manager and, in many ways, spearheads IDT rollerskis’ conquest of the known skiing world. Svein’s daughter Line also works for IDT – true family owned & operated business that!

– IDT is Norway’s leading manufacturer in the field of specialized furniture, edge trims and other products seemingly as far away from cross country skiing as it could possibly be. But all those items have one thing in common: they were/are made of high-grade aluminum. That’s where experience and expertise of working with the light metal comes from.
The company has some 50 employees and produces everything it sells – including rollerskis – at its own factory in Lena, about 100km from Oslo. IDT actively uses industrial robots in production – not a very common occurence, to put it mildly, due to a mega-dollar price tag on those.

– IDT’s foray into cross country skiing had began back in 2006 when the Lena company were approached to develop a ski grinding machine. The machine was designed, produced and employed at the Olympics in 2010 in Vancouver, paving the way for cooperation with cross-country skiing community.

– IDT is arguably the first in the field to invite active athletes of international level to become true co-developers of their products. 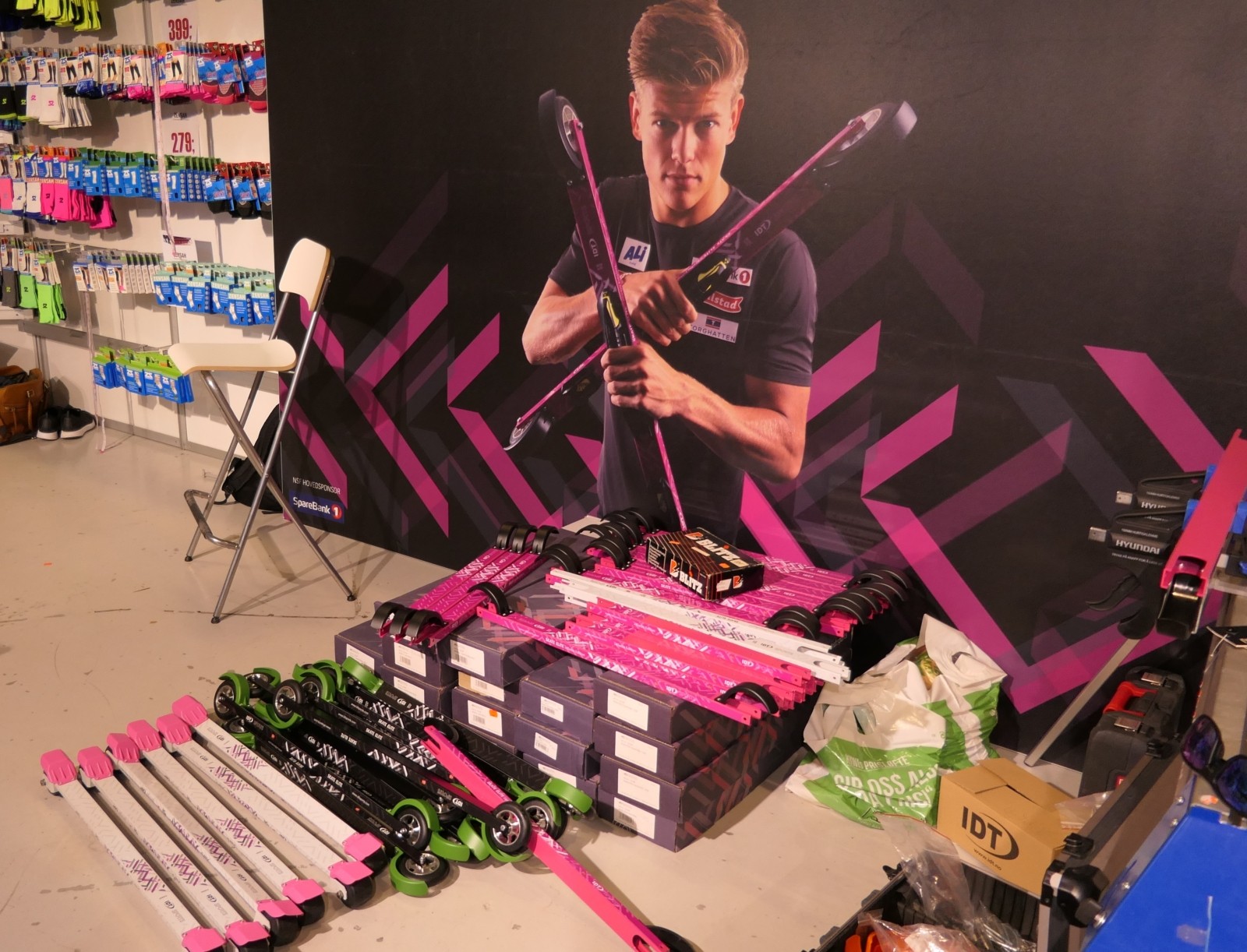 The Lena company is also the first one to aggressively market their wares with a help from those very athlets: there still are no Fischer skis or boots called “Klaebo Edition” – but there certainly are IDT rollerskis by that name.
The scale of production is massive by the standards of rollerski world – this year IDT has manufactured and delivered in excess of 1000 pairs of its best skis to Blink Skifestival where all participants in all races, from children all the way to Johaug, Ustiugov and Pellegrino run on them.

Stand by for an interview with Morten Iversbakken, Marketing Manager  of IDT Solutions AS where he sheds some light on how they work with top athletes and what it takes to succeed in tight-competition world. Coming soon on the Daily Skier 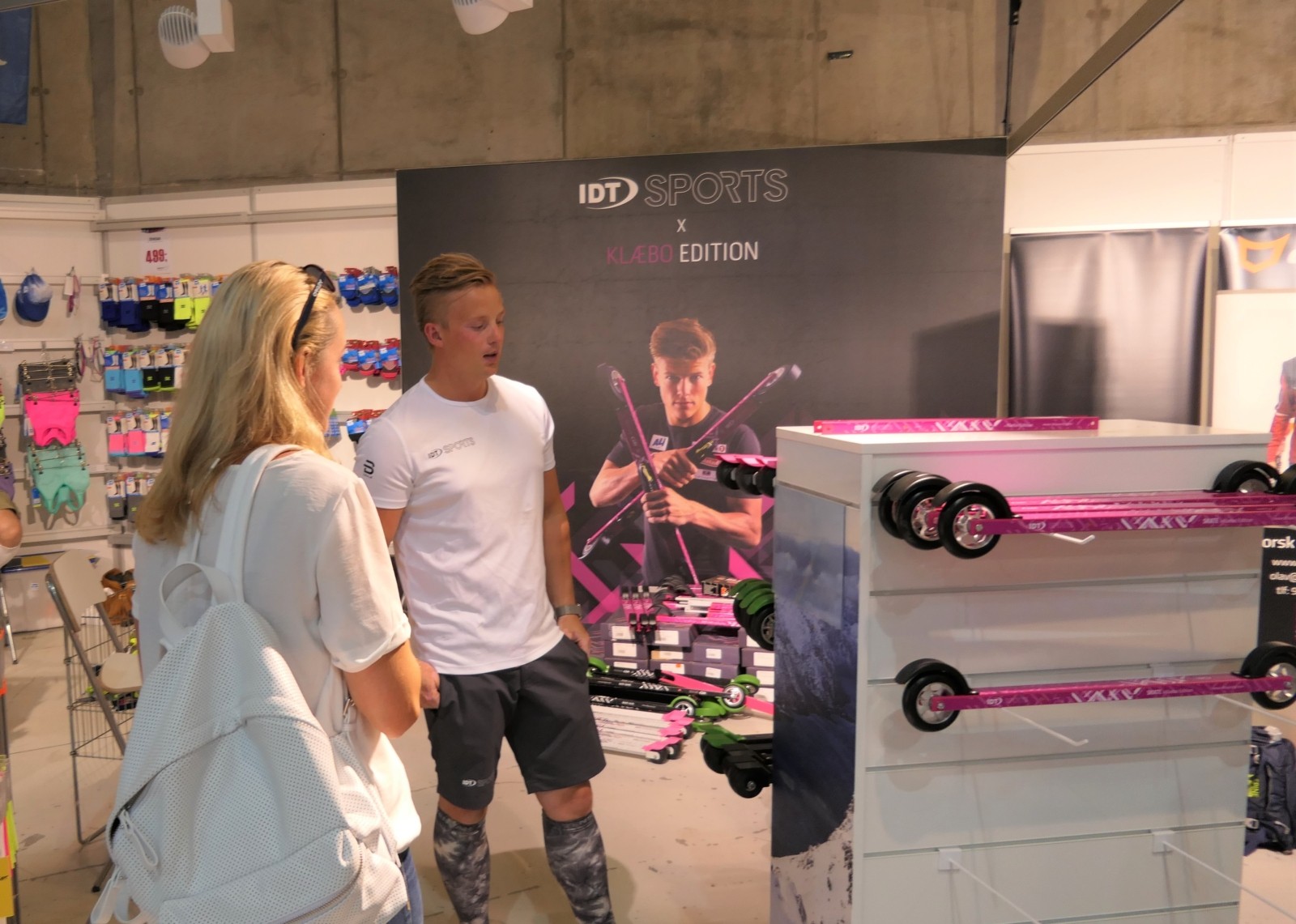 You may also like:  Win Top Marwe Skis Contest Extended!