A short intro for those yet uninitiated: there are international skiing competitions i.e. World Championships ( hello, Seefeld’2019!) and World Cup stages. Those are held – you guessed it – in the winter, when the Northern hemisphere gets some snow ( more of which later).

Which means that the skiing as sport is suffering from a major competitive disadvantage in ever toughening field of battle for media attention and sponsorship – it’s seasonal.

You might adore Klaebo, Nillson, Ustiugov, Diggins or Pellegrino – but you naturally start forgetting about them between April and November. Well, you might not – but television and social media as collective news amplifier certainly will. Out of sight – out of mind.

Sure, there is something called FIS Rollerski World Cup – but it is in many ways a different sport, the stars of cross country skiing rarely grace its competitions with its presence ( there are exceptions – Alexander Bolshunov is a reigning World champion in rollerskiing – but did you actually knew that? saw him compete there? we doubt )

So, what’s to be done? How to get media covering, spectators watching and, last but not the least, money flowing into the best sport ever, the one of skiing?

There is an answer – and it is to be found in Western Norwegian town of Sandnes. It’s there where Arne Idland, native of the local Rogaland province and one of the world’s top biathlon coaches have built together with sympathetic ( and wise) local authorities and businessmen something called Blink Skifestivalen.

It took some 10-12 years, but today the Blink fest is literally one the best organized, attended, funded and overall worth visiting events in both world crosscountry skiing and biathlon, the place where top stars come to compete year after year.

You may also like:  Tara Geraghty-Moats Sells Her Team USA Jacket Online. Why We Think It's Big Deal

Here’s a brief summary of reasons based on the recent visit:

– Impeccable timing. Blink is held annually in the last week or July or the first one of August: height of travel & tourism season in vacation days – rich Europe. Idland is blunt: “The big idea behind Blink and the reason why local budgets and businesses are willing to spend some 20+ million NOK on organizing Blink every year is a tourism promotion, the area wants to diversify from being associated with oil extraction and shipping into travel destination”
At the same time, Blink is a smack in the middle of “dead season” when longing to see your favorite stars compete reaches its peak ( we don’t have hard science to back up this last clam – you’re welcome to disagree)

– Blink is expertly organized by people who understand and care about cross country skiing and biathlon. Arne Idland was the man who run Norwegian biathlon team a better part of this century – he would know what athletes need

– National television coverage. All races are professionally televized , most of them live on main national NRK channels. Wow! Yes, that sort of television production costs a bomb and, very likely, is only possible in the lands of public broadcasters – like NRK . Luckily, there a quite a few of those around, especially in Europe. 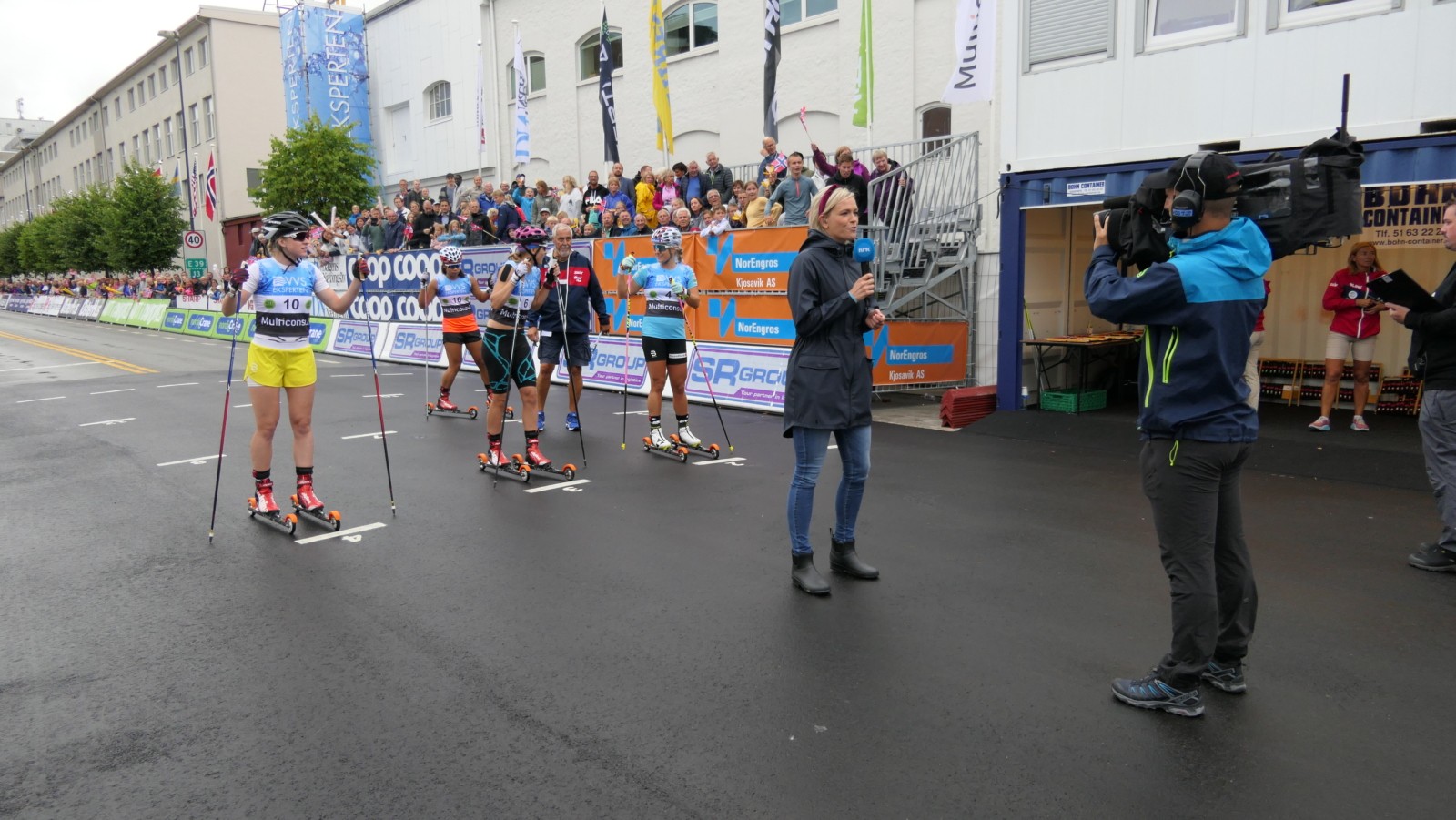 NRK gets special merit for not just televising the races – but being a “Collective promoter and organizer”, turning races into a very watchable, high quality TV show. Yes, it’s catered to local tastes and is, of course, in Norwegian language – but television coverage of FIS World Cup races looks like a dry, rather boring affair after watching Blink on NRK. With sports broadcasting it’s always like that- where there’s a will, there is a way of making an event watching more fun – but takes an effort, expertise – and some money.

You may also like:  Annika Sjöström: I really love my life with all things that are in it and all what I do

– Timing, again. Timing of the event for the athletes themselves. August is in-between training time, where there is no costly & remote gletcher skiing ( well, almost). And you what? Elite skiers actually like to compete! It’s important for them, their coaches to face off those future snow season rivals in the summer. What do they actually glean from it is top-notch training secret – but one thing is evident beyond doubt: those who do well in Blink, go to win in the winter to. Just ask Charlotte Kalla, Simen Kruger or Ragnhild Haga each of which did well at Blink’17 – and then went for Olympic gold in Korea.

– What follows is a proper international flair the event has. The crowd will root for local boys & girls – but recognize and appreciate Ustiugov, Bolshunov, Kalla, Parmakoski etc. etc. who bent their training schedules to come to Sandnes to compete in front of these discerning thousands of fans.

– Unique to Blink: it’s the only event besides the Olympics that brings together skiers and biathletes. Except that the latter actually compete in rollerski races too. 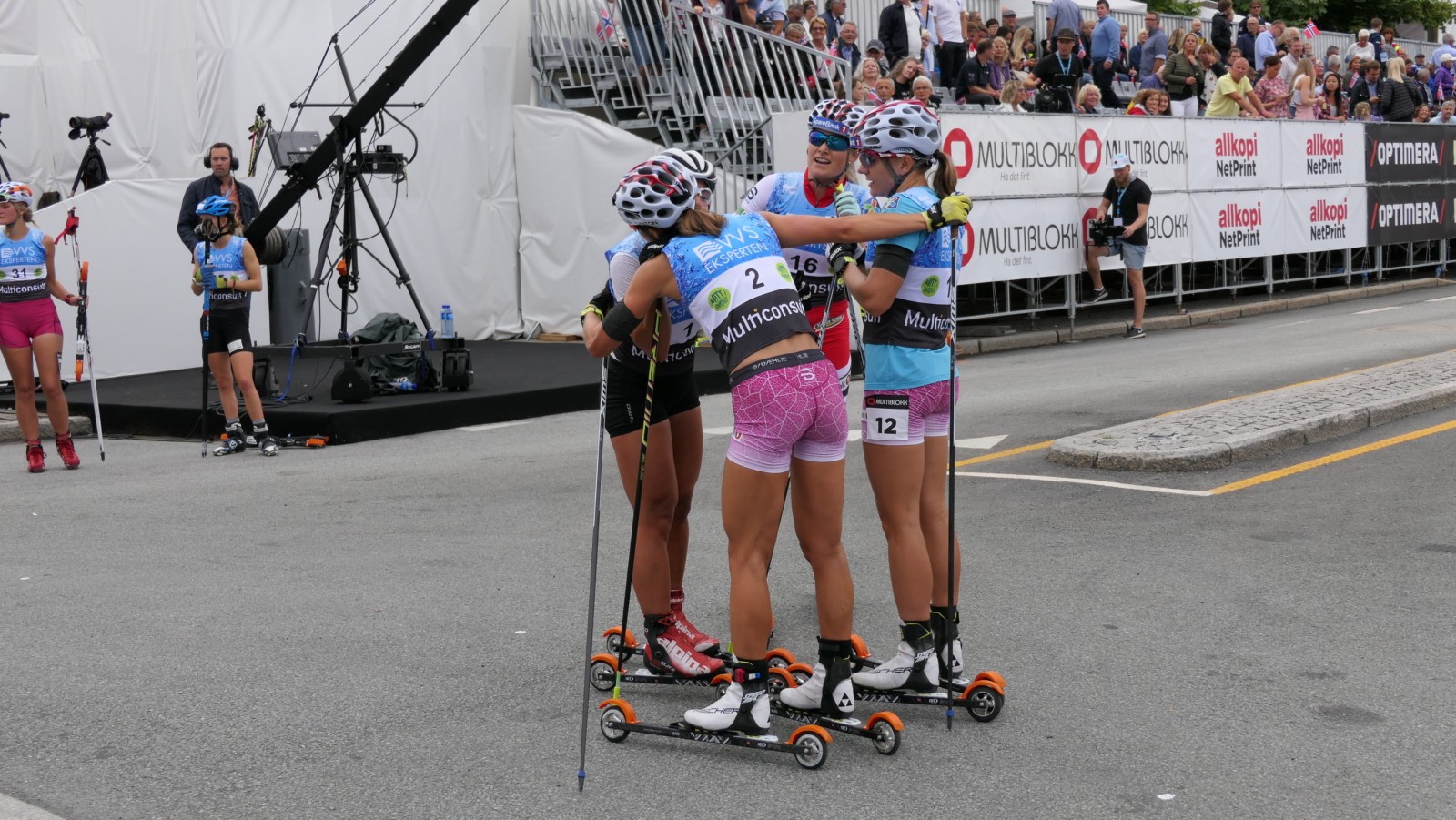 – Weather. It is so much more convenient to watch and compete in plus 20 Celsius than in minus 20. Just ask those athletes who are much happier to stand & chat with reporters, fans – or to each other – after the race than they would in subzero conditions.

Now, after you read and digested our arguments, we hope you agree that Blink is one the most exciting ski-related event you could buy a ticket to ( the access to actual stands is free – but Norway is Norway , it is quite expensive in every other way, in case you did not know)

Well, while visiting, watching, followng Blink is hugely recommended, not everything is perfect. Some things could and, in our opinion, should be changed.

But maintaining our long-standing effort of keeping the stories on the Daily Skier ( relatively) short, we shall address our doubts, concerns and suggestions in Part II. Stand by