OK, not all – not even the largest chunk of it – will be about cross country skiing. But even if a fraction of 1 trillion yuan or circa 100 000 000 000 Euros ( yep, that’s one hundred billion Euros) that the Chinese winter sport market is projected to generate by the year of 2025, will go towards the narrow skis – that will be Huge, with a capital H.

And trust the Chinese comrades to know how to build the market – by learning from the best. By inviting over the brightest talent. And by selecting the best equipment for purchasing.

Meet Mats Pahlman, 52, born in Finland, an avid skier – and a dweller of Chinese mainland since 2011. He’s got MBA and, together with his Chinese partners, is local a distributor for storied Finnish brands Marwe, Peltonen ski and Rex skipoles & waxes.

The Daily Skier caught up with Mr Pahlman to talk about his take on the development of the Chinese market and his most recent project – a rollerski school in the coastal city of Rizhao.

– Mats, how do you “sell” skiing/rollerskiing to people who have no domestic point of reference, no traditions – and, in many places, not much snow – like in coastal province of Shandong where Rizhao is located?

– This roller ski event is a part of the preparations and the actions the Chinese government has decided to take for the Olympics 2022. Shandong province, Rizhao is just the first point where we start the Marwe rollerski school and we will visit additional 14 provinces/locations all around China. In our program we will teach athletes from the Chinese rowing and canoeing associations to ski with roller skies and some of them will further be picked for real ski training and some of them will have a chance to go abroad for XC ski training camps on real snow. The main purpose is to develop athletes for the Olympics 2022 and the Chinese government has decided to start a development together with the rowing and canoeing associationcs because some similarities in body and muscle structure between skiing and rowing boys and girls.

You may also like:  Up Close & Personal With Yelena Vyalbe: Part I

– What kind of place is Rizhao, in a nutshell? Why start promote rollerskiing specifically there?
Rizhao is a relatively small coastal city in China with about 800.000 inhabitants. Tourism is a growing business there because of long and beautiful sand beaches and, like many other places in China you see a lot of building activities there. The roller ski even was organized together with the Shandong rowing and canoeing province team at their training base. The training base a dormitory for the athletes where to live and provides the meals three times per day. There was also a good gym and a hotel for guests and the base is located not far from the city center. Also the road where we were training was good for doing rollerskiing.

– Why use top-line Marwe 620XC for initial introduction to rollerskiing? a) because you are convinced they win in every aspect b) because the Chinese newbee skiers would only use the very best, top-of-the-line product ?

We have picked the Marwe 620 XC skate model because first of all, they are only being taught in the skate category. Second these athletes are training very hard, many hours per day and they will in the future also use the roller skiing as a complementary training for the water sports. Their plan is to do daily roller skiing up to 20-30 km and in this case it’s better to start immediately with the best choice because this model has minimum vibrations and is very comfortable, this will help them to do more training. The selected athletes are professionals, they live their lives on the training bases and are only living for the sports.

You may also like:  Alexander Legkov Talks Pre-race Sex

– How many cross country skiers and rollerskiers are there in China right now – and how many we could expect in, say. 10 years?

They are talking about 300 million Chibise doing winter sports soon- I don’t know how it will be finally. For sure, the Chinese are now doing a great deal of work for the winter sports and rollerskiing is one of these. There are vast programs going on in schools and universities for roller skiing. I can’t tell any numbers because I don’t know but anyway, the numbers are huge. Already in our Marwe roller ski school we will have 700 athletes during three months. 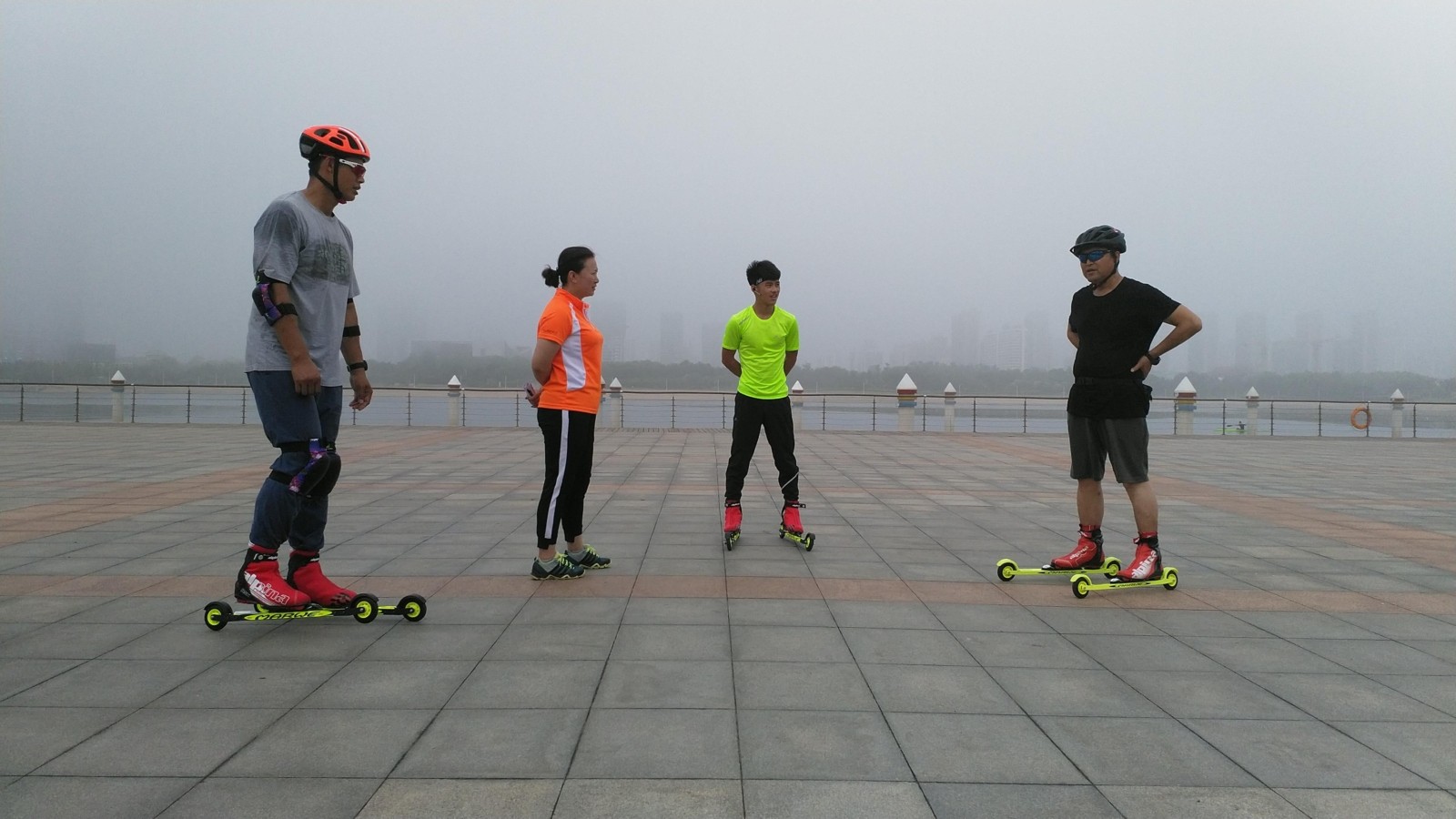 – What does a typical skier in China these days look like: age, gender, yearly income, residence within a country?

A typical skier is aged 13-25. There are very little “private” roller skiers in China besides these proffessionals who are in the provincial teams or national teams. They will extend the program to schools and universities also and we will see more roller skiers and skiers in the near future. 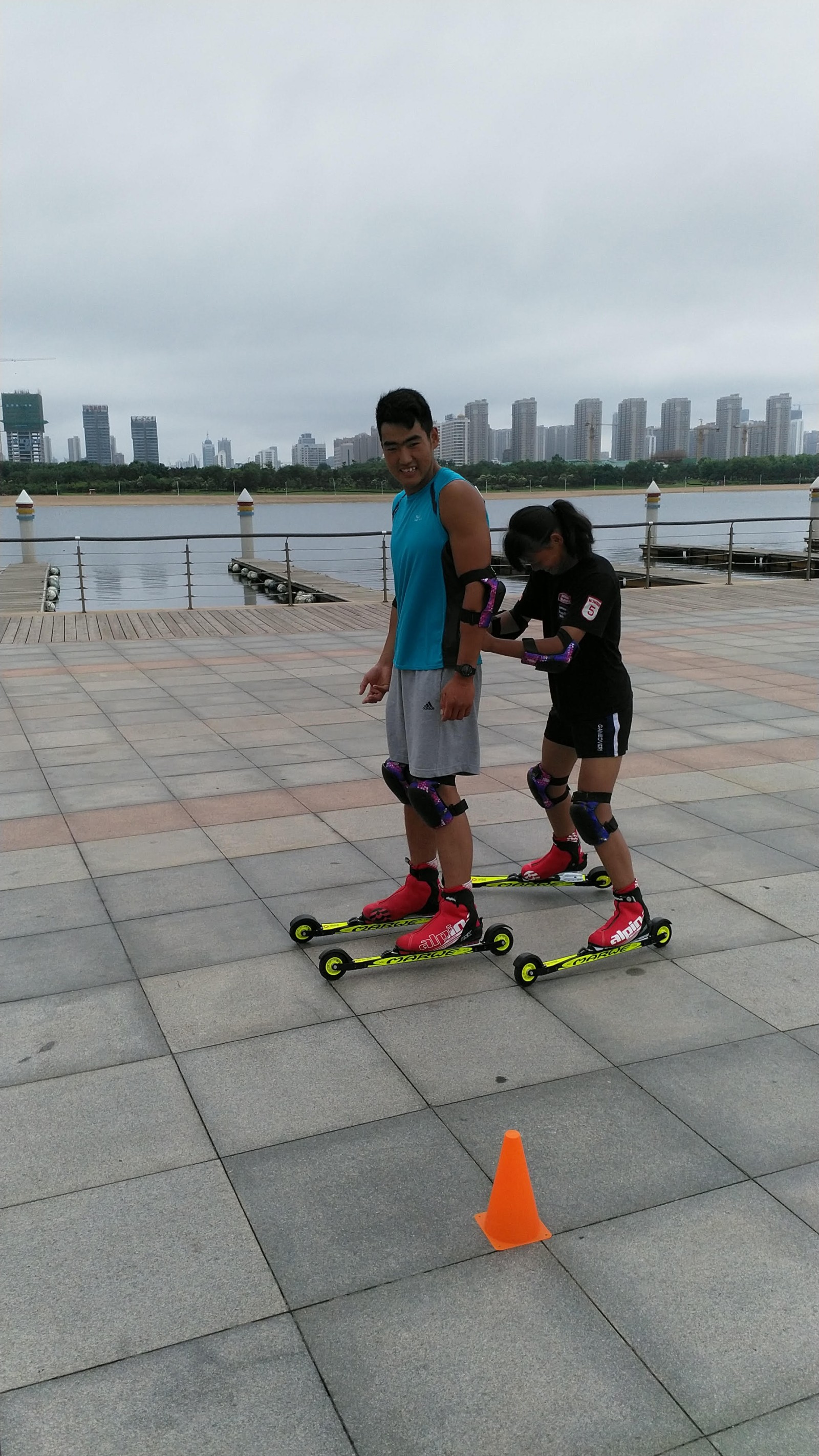 – How does one promote the skiing to the Chinese people? In the Nordic countries that would be something about health & nature, in places like OSlo, Zurich, Moscow , Stockholm etc. it is, increasingly, “it” sport for cool people & well-paid professionals- running Vasaloppet or Marcialonga gives you great bragging rights in certain circles. So, in order to fit in you have to go and sign for skiing lessons and to run a few well-known races. Which way is that in China?

You may also like:  Role of Individual In History Or How One Man Made Wearing Helmets Cool

The promotion of winter sports is mainly done by the government who are using television and the social media. Generally, sports like marathon running or walking and trekking are booming in China and the interest in health & fitness is increasing. There is, as far as I know, no pressure in China to run a marathon to be accepted into some social groups – at least not yet. The big obstacle in China for developing XC-skiing is the lack of facilities and ski tracks. The winters are generally good and cold but dry in China and there is usually not much snow except for high altitude mountain areas. This is also the reason why the Chinese have chosen to promote roller skiing initially, which is happening country wide from the south to the north. 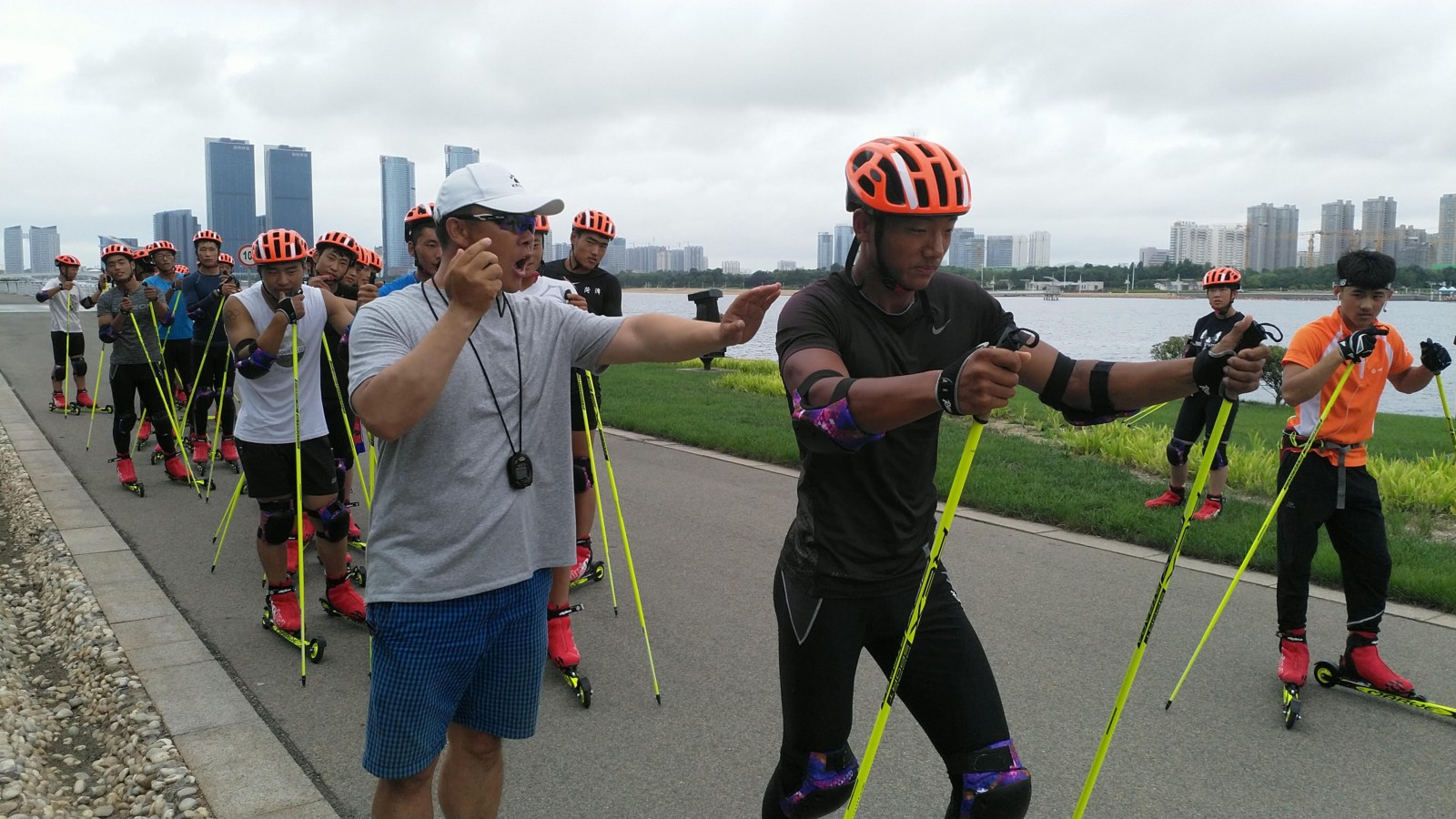