Skiweltcup Dresden had its inugural edition this past weekend – and by all indications, it was a success for all parties involved.

We look at what went well, what could be improved – and, big picture, why is it great to have a new competition venue. 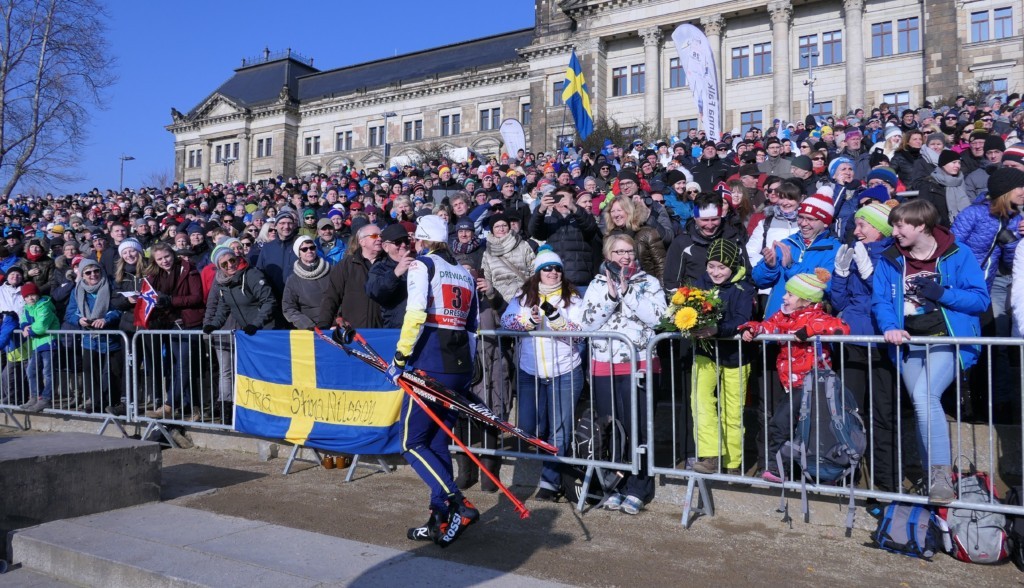 15000 people on the stands and along the race course. Fifteen thousand spectators! Can we say it one more time??! What’s a routine attendance for the biathlon World Cup races, is but an impossible dream for the cross country skiing these days outside a couple of storied events in Scandinavia. For that reason alone Dresden is a resounding success story.

Organization. Despite it being the first experience of a kind, the event went very smoothly and left all involved happy & wishing for more. Despite huge logistical challenges – like moving and laying the tracks using 5000 cubic meters of artificial snow, for one – that had to be resolved. 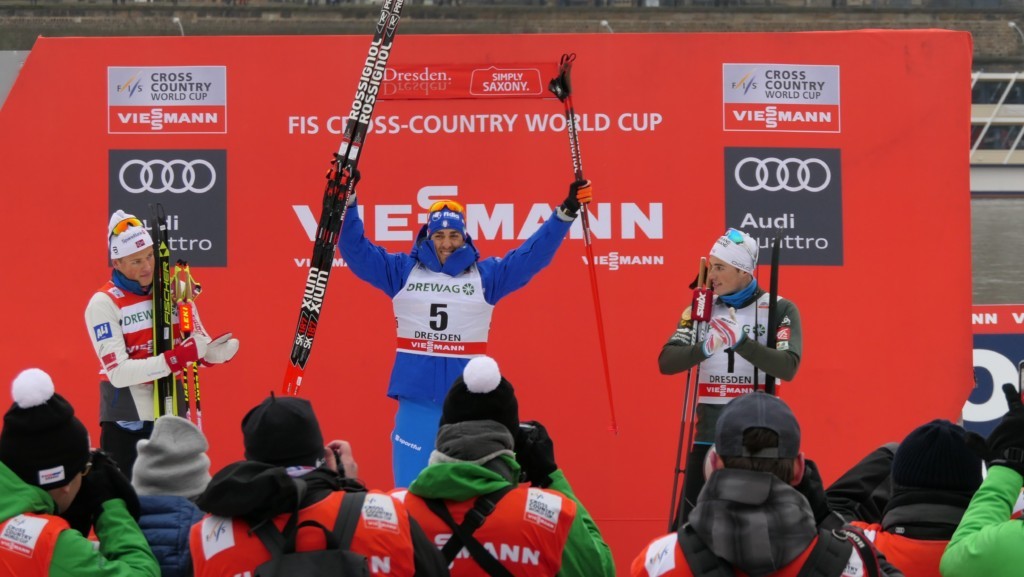 TV & media coverage. Every event organizer wants television coverage – and the television looks for stronger “pictures”. Planet’s best skiers ( including current world number one, Johannes Høsflot Klæbo) gliding at the speeds of some 50 km/h ( yes, it was icy, super-fast track in Dresden) with world famous Frauenkirche as a backdrop – that’s exactly what modern television is looking for.

You may also like:  Legendary German Coach Jochen Behle Speaks His Mind

Commitment by the organizers to turning the Skiweltcup Dresden into a permanent fixture of the xc ski calendar -it’s now scheduled to be held ever till 2021, at least.
Laurien van der Graaff, who came 4th in individual sprint on Saturday, says that long-term approach that makes it so attractive for athlets and fans alike: “Biathlon got it right: everybody knows that the World Cup racing would come to Ruhpolding on the second weekend of January – it’s been so for the last 30 years and that’s great. Events like Skiweltcup Dresden hugely help to promote our sport and grow it new fans”

Teething problems of having to shorten the lenght of the track to 1.2km from initially planned 1.4km through not having enough snow in very warm weather even by mid-European standards. Fans had hardly noticed, but some athletes complained – at this level of performance 200 meters means different training and advantage/disadvantage to competitors.

The only real problem – and that one can not be resolved quickly – is a lack of local stars of world level. The sport of biathlon is huge and steadily developing because there’s a healthy correlation between Bundesmannschaft’s victories, fans interest – and sponsors injecting serious money into biathlon – that, in turn, helps to bring younger talent into that sport. Germany urgently needs new teichmanns, angerers and zommerfelds who were on par or better with the best Scandinavians some ten years ago – but who were not succeeded by equally strong younger skiers. Some blame biathlon for that too – for sucking the talent out of xcskiing.

You may also like:  Optiwax Shows Its Ambitions By Putting Black UHF Tape On Market

The only way forward is to re-grow the popularity of latter staging more world class events – and Skiweltcup Dresden has just shown how its done right! We are already marking our calendars with Dresden for next year – are you?