When you first meet John Kristian Dahl, it is a little hard to fathom how this guy keeps on winning.
Andreas Nygaard and Stian Hoelgaard are very athletic, Petter Eliassen and Jorgen Aukland are tall and lanky. Dahl, in his jeans, hoodie, and comfortable slippers looks just like any other guy at your friendly local gym. Sure, fit and trim, but not imposing, not dominating…
…Only when talking to him do you notice his piercing blue eyes, his deep, confident, husky baritone voice befitting a Viking ship captain – then, slowly, you start-comprehending why Dahl keeps on winning the most prestigious races in cross country skiing, year after year. The secret appears to be his fierce determination and uncanny ability to push himself over the limit at the last stretch, when racing becomes one big pain for everyone in the running.

That – and his great tactical skills.

Dahl was behind the pack in the last Vasaloppet, trailing leaders, and at the final stretch, no gambler would favor him, so far behind he was – yet it was his ski boot that crossed the line first at the finish in Mora – for the third time in the last four years.
He could have won the fourth – had every chance to win, were it not for a freak accident in 2015, when the race gates at the start failed to open properly, trapping Dahl and pushing him to the bottom of the elite wave.
“First there were skiers all around me…” says Dahl, slightly baffled – winners are not used to the sheer numbers of a race crowd, by virtue of being always way ahead of the pack.
“The most interesting part? I broke the pole in that melee at the start. How did I manage to ace the initial Vasaloppet uphill with no pole? Not sure, there were skiers all around me, felt like they physically pushed me uphill, then I was given a spare pole – and was overtaking, overtaking, and overtaking for the remaining 80+ kilometres …” He came 5th in that one and lashed out at the race organizers on Twitter, provoking a return criticism by the Swedish media.
But he was back again in 2016 and 2017 – and won both times.
While professional long distance skiing does not make you rich, prizes earned for winning competitions add significantly to one’s income. Winning Vasaloppet, therefore, is not just about making history – it brings a check of some 10000 euros, the highest such reward among ski marathons. It also guarantees sponsors’ attention, including top pick of skis from manufacturers.

During the pre-season’s final training camp at Mallorca, before Team Koteng ( ex Team United Bakeries)  selects their skis and head off to Pontresina for the Visma Ski Classics Premiere, Dahl is suffering from the after-effects of a bitter cold, so he is cutting himself a little slack in training (translated: Speed 3 wheels on rollerskis instead of the usual Speed 4 the team uses in training). 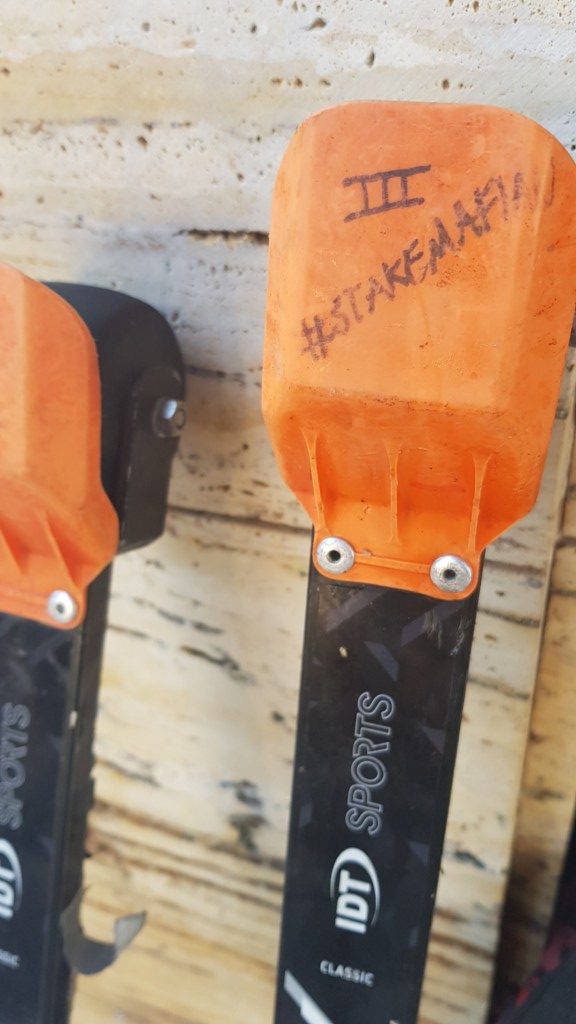 At the dinner table, Dahl cracks jokes and laughs at those of the others as much as any other member of the team, yet there is distance. At 36, he is a few years older than the other team members; he is also the only one with children, and is really missing his family back home.
Did your wife ever see you win Vasa? “Though we live close by, one can drive from our home, two small kids are not the best company for Vasa watching. Anyways, before the race it would be too distracting – and I do need to concentrate on the race.”

“It’s every skier’s dream to win Vasaloppet but third time victory made me first the foreigner with 3 wins feels very special. It is my greatest victory and that’s how I will be remembered.”
Skiing technique? “I actually don’t have a good technique.”
Pull ups? “I can do about 10.” (athletically built Stian Hoelgaard says he can do 25)

“If one were asked to describe three key elements that one needs to win three Vasaloppet, it would be power, mental strength – and luck”

“Genetics are in the power. Not everyone could win.”
“It was easier to win a big race for a strong skier in the years past, before professional teams arrived.
It’s still possible to win as a part of a weaker team – it’s an individual race after all – but, clearly, your chances are higher if you have strong team mates, many good ski waxers and, of course, the support, the eating and drinking services on the track.”
“I’ve been doing sprints on the world cup circuit for 10-12 years and then professional long distance skiing came about. I was very eager to try but also brought things I thought were important from sprints to long distance, while trying to improve things that were my weakness – like doublepoling technique.”
“One thing I like about long distance skiing is that things might change, it’s not over almost immediately like in sprints when you have one chance and no room for mistakes, weakness or any thoughts”.

“My strong side is sprint, of course – I have both experience and strength to solve the issue at the last stretch of the distance – and that’s how I won most of my races.”

“When other guys start to pull away from you on a long uphill, you have that feeling in your gut – so you know whether you could close the gap and catch up with them – or is it ‘not today’ kind of thing. Still, in long distance skiing one should never give up. If you manage one uphill – the whole race might change, perhaps your skis would go faster and you get a second wind”

“My brain functions with my shape: if I’m in good shape – I’m sharp and see things more clearly. Then I’m pushing harder”
“Of course, there are moments you’re feeling sorry for yourself and you think “ Why do I ever do this?!” Why did I start this race? “ But if your race went well – then you tell yourself – “ So good that I did not give up.”

…Interview with John Kristian Dahl will continue in Part 2

You may also like:  Meet New Soreghina, Marchialonga's Charming Ambassador