The Hellner Ski Stadium is getting ready to host one of the most exciting early season races: the Gallivare Premiere. #gällivare #hellnerstadium #xcski #gallivarepremiere #längdskidåkning #skidor

“We never had such a strong line-up of participants like we have this year!”, the organizer of the Gällivare Premiere, Stefan Nieminen, can’t hide his satisfaction.

He – and the team he runs – also look very tired from having to work from 5AM in the morning till 8PM at night to to make the competitions.

It’s not easy to prepare the tracks fit for Olympic and world champions.

Out of 21.000 cubic meters of farmed snow that were stored from last year only some 14.000 have survived the unsually rainy summe of Swedish Lapland. But that’s was just enough to lay crucial parts of the track – and then Mother Nature helped the last moment with a snowfall.

The Olympic champions Marcus Hellner of Sweden ( after whom the Gallivare stadium is named) and Dario Cologna, world champions Sergey Ustyugov and Alex Harvey – with names like this the starting blocks the Premiere rivals any ski World Cup stage in participating stardom.

” We used to host the first stage of the World Cup – but then FIS wanted to combine it with the ski jumping and we don’t have good facilties for that. But our skiing tracks are the best!” says Nieminen.

The virtual who-is-who of the skiing world ( minus the Finns and the Norwegians who compete at home this week) on his tracks seem to confirm this statement.

The Gallivare Premiere kicks of on Friday – you will find coverage of prepping and actual races here on the Daily Skier. 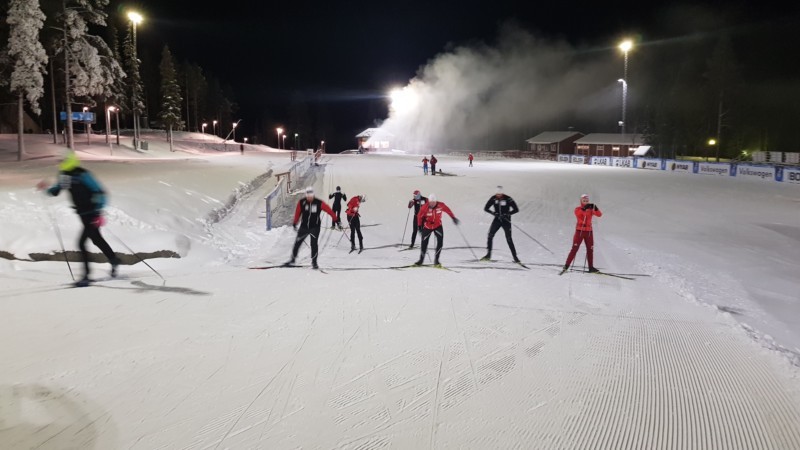 You may also like:  Northug Is King - Of Instagram + Other News About Most Important Social Media Net