… In Part II of Team United Bakeries profile ( see Part I here) the team members talk about their training methods, what sort of money are there in the professional skiing as well as share their views on how to grow a popularity of skiing in the world – and pretty much everything in between. All answers represent common team opinion ( when and if opinions are split, it is clearly marked as such) The conversation(s) took place over several evenings during the joint rollerski camp on Mallorca at the end of October

Training:
– Don’t have a dedicated team trainer and politely explain that the “Norwegian system” is built on listening to your body and analyzing training effects. Coaches correct technique – mostly working with very young skiers, but do not write training plans and certainly don’t oversee how training plans are implemented. In contrast to most if not all other skiing nations.

– TUB’s training plan is put toegether collectively by all team members and is adjusted/agreed upon on team meetings once a week. Most team members have education in sport science and/or in physiology e.g. Slind got Masters in physiology. Meeting, discussing and coming to consensus on how to how to train “is a Norwegian thing” as Berdal puts it.

– Don’t really do much of early/late season glacier training the way national skiing teams do – partially for cost saving reasons, partially for the lack of real need.

– Lactate testing is not used, partially for costs reasons, but more out skepticism. Heart rate monitors, however, are present during all training sessions

– Don’t do Ercolina ( some did not know what it was), do SkiErg “sometimes”. Of all training options prefer rollerskiing and trail running.

Season and competitions:
-Shortened Visma Ski Classic season consisting of 11 races this year is a good thing , but it needs more races in December and less in February-March . Nobody is going to miss Vasaloppet China even if organizers paid travel expenses for all the elite skiers ( normally only the top Red Group, the leaders are paid) – too long of a travel for just one race. Another clear non-favorite is the Season Prologue in Pontresina.

– Petter Eliassen ( who retired after the last season ) will be missed, ditto for his former outfit, Team Leaseplan

– During the race the support team would position somebody with drinks, gel and spare poles every 5 kilometers. If it is a demanding race like Vasaloppet – every 3km. It takes 10 people in total, juggling places all the time, running a sort of relay. Big challenge is to get your feeder in remote places like Birkebeinerrennet where they have to ski through the forest to get to their designated spot

– Vasaloppet is most challenging race not only for racers but also for the team personnel. For several days ahead of the race everybody has to work literally 20 hours a day, mostly testing and retesting various waxing combinations. So, everybody sleeps like a baby the night after the race.

– Prefer Airbnb type arrangements to hotel stays, at least ahead of the racing – it’s quieter, you cook your own food and yes, it’s cheaper.

– Best wax truck is TUB’s, ditto for best waxers ( well, of course!) . Some teams, like late Leaseplan have bigger trucks but then you need a full truck license to drive them which is inconvenient.

– There are no downhill descents that are too demanding for elite skiers in any known ski marathons , even at their speeds, because the tracks are profiled with a mass skier in mind. It is much more difficult on World Cup circuit where cornering technique is at premium ( says Berdal: “I’ve trained with Klaebo several times. He’s not faster than me on uphills or flats. Where he really shines is cornering in downhills – almost nobody can keep up with him” )

– Question regarding the toughest uphill sparks lively discussion with majority eventually settling on the Birkebeiner’s first uphill, with dissenters pointing at Yllas-Levi and Reistadløpet as having the worst ones . Also have a lot of respect for the two famously long Jizerská  climbs. 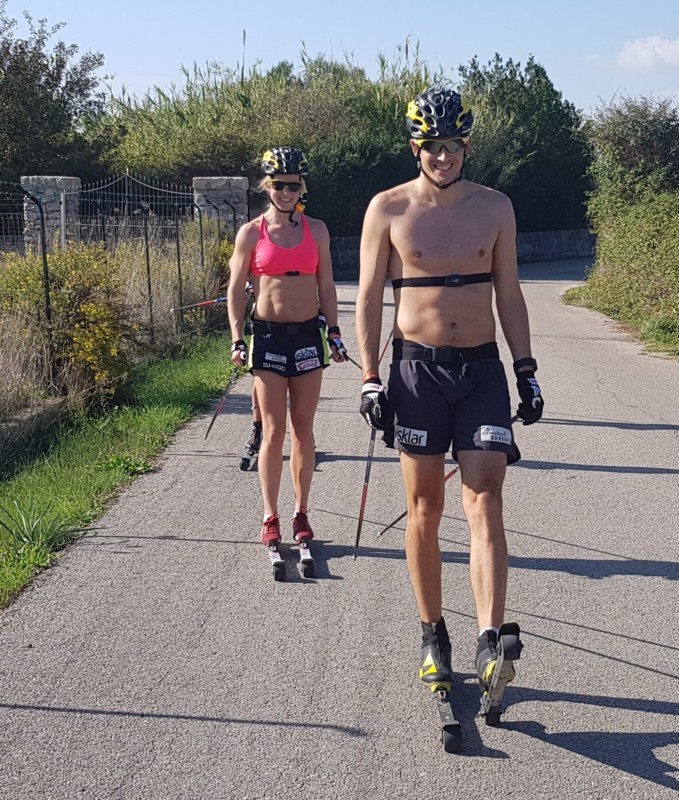 – Professional long distance ski team budget is, naturally, flexible, but to seriously compete for the podiums one needs at least 500.000 euros per season

– Prize money form a lion share of pro-skier income, but there are also some money from sponsors. Fixed salaries and stipends are very few and far between.

– All skis, poles and other gear are supplied by sponsors and go back to sponsors at the end of season. The team tests and selects new skis in November, later than the World Cup skiers that are already training & competing by that time.

– Popularity of cross country skiing marathons not growing fast enough. There is an acute need to attract bigger television audiences and to spread the appeal to other big ski markets, especially Germany and Russia.

– The TUBs recipe for change? Add the Engadin race to competition schedule! Wait, but isn’t the Engadin equals skating technique? Exactly, the skating style is more popular in continental Europe hence the need to cater to the local tastes.

– Watch spreading popularity of new format like ski Supersprints with interest and general approval mixed with a bit of concern for potential loss of TV audience. A mentioning of anything involving jumps and artificial unevenness, however, draws sharply negative reaction: the risk of injury is too big. A follow up question ” and so is in football..” is left hanging in the air. The unspoken message is ” rewards should justify risks”. They are professionals, after all and being paid to compete and win.

– TUB is on every conceivable social media network. Yes, that includes Tinder too – as a collective “team” account. They do it for dinner table giggles but online chatting gets pretty intense once opposite party or parties had a closer look at the TUB “family photos”, especially those taken before, during and after hot rollerski sessions. And no, there is no curfew for those unattached, ‘free and looking’ team members – but who would want to spend the night dating when you have brutal uphill intervals the next morning?

– No, don’t have themselves and never heard of anybody in elite skiing having any superstitions that would be ” of help” to win.
– No, no special scientific carboloading of any kind before the race, eat same food as always.
– Yes, run some races on clean skis I.e no HF or any other waxing whatsoever- when it’s very cold
– Yes, some top races were won on commercial skis i.e. skis bought off the shelf of a regular shop
– Yes, towards the end of the race they drink a nuclear mixture consisting of 50% coffee and 50% warm cola, ‘usually Coke, but some prefer other brands’
– No, there are no custom, made-to-measure ski boots – at least not in ski marathons. Most skiers are happy enough with off-the shelf- ones, although some require thermoforming.
– No, they don’t have their own agents negotiating deals with sponsors and commercial competitions.” True, Johaug does, but she’s a massive exception – even Sundby negotiates with his sponsors himself.

Dirty secret ( because no story is good enough without one, right?).
One member of the team has “TUB” tattooed on the part of his body normally hidden by tights, but exposed when changing into swimming trunks . The said tattoo appeared as result of a lost competition bet.

You may also like:  How Rossignol Skis Are Made At Racing Workshop