….As a teenager, the 26-year-old Brazilian was not interested in sports. “I was always shy, I did not like physical activity.”

In 2006, when she was 15, a car accident left her paraplegic – but took her into the world of Parathletics

Coming to the home Paralympics in Rio in 2016, Aline was already one of the top ranking marathoners in T54 class and was considered to be a real medal contender. The race didn’t quite go her way – still, Aline finished in a respectable 10th Place. After that, she decided that, for her next Paralympics, she wanted to do cross-country skiing.

Today, Aline spends most of her time on the road, training and competing at the highest level in summer marathons and FIS cross-country skiing competitions.

The DailySkier caught up with Aline in Thuringia, Germany, where she is preparing for the next season’s races (and, ultimately, a trip to PyeongChang) in in the Oberhof ski tunnel. 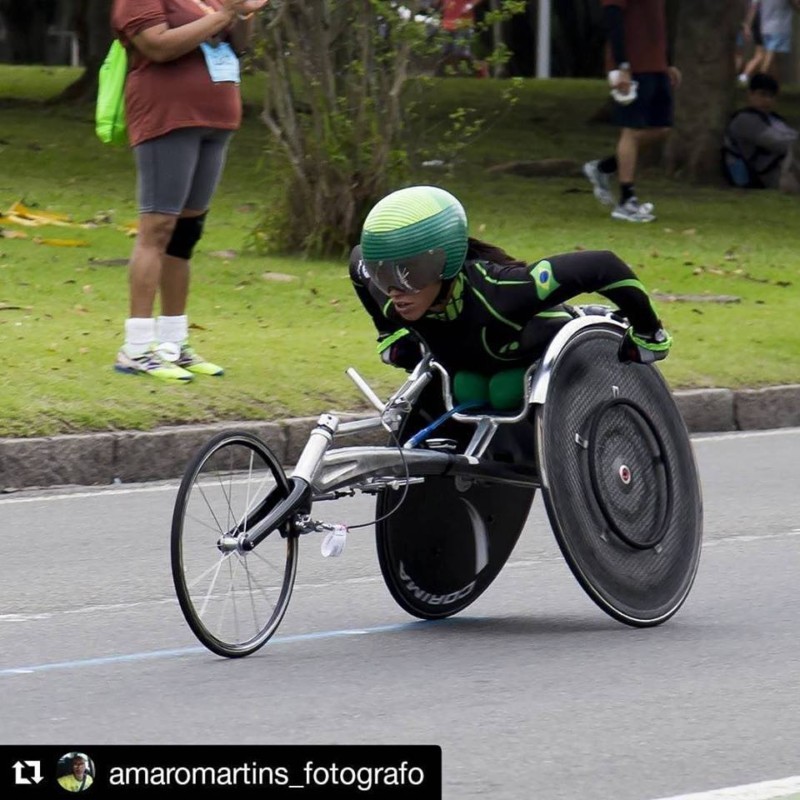 ” My interest in skiing began in 2016. After the paralympics, Fernando Orso – who is my coach, husband and now my ski waxer as well, attended a meeting with the CBDN ( Brazilian Confederation of Snow Sports) and they invited me to me to try it out.”

“My very first first contact with snow was in November 2016, and in January I already participated in the Cross Country World Cup race in Ukraine. I loved the experience and realized I had a chance to get the necessary FIS points to represent Brazil in PyeongChang. It would be a great honor to be able to represent my country, and to be the first Brazilian female athlete in the Winter Paralympics. So I have trained a lot on the asphalt on teh roillerskis and mountainboard (big skateboard). Now I’m training in Oberhof to prepare for the competitions that start in December in Canada.”

“I will participate in sprint, medium, and long distance, and we have the possibility of having the mixed relay with the male athletes. My main test is long distance. I’m training a lot to play my country very well. My goal is to be among the 10 athletes in the 12km race.”

You may also like:  How Ergonomic Skipole Handle Became Electronic Effect-Technique Measurer

“I love to race. I have seen several racing athletes from Russia, the United States and Japan race in the summer and ski in the winter without compromising performance.”

“Trip to Oberhof from São Caetano do Sul (which is a part of huge, sprawling São Paulo) where Fernando and I live takes some 30 hours.”

“I have my 3 pairs of skis along, I have two sets of poles – and my custom-made ski seat. A Brazilian company, Jumper Wheelchair, in partnership with the CBDN have was developed and produced the ski seat for me. It really is of excellent quality – Jumper has began to produce that kind of seat for wheelchairs, but mine was the first.
Some athletes have a carbon seat – it’s lighter. It does not follow a pattern, athletes use very different seats from each other. Mine is made of aluminum.”

“The whole team of CBDN, Brazilian confederation of snow sports, is behind me and gives support. I got clothes, all the sports stuff, and travel resources for training and competition. Financial crisis in Brasil haven’t affected me yet – I believe have enough resources to prepare and compete at the Paralympics.”

Some observations and life advice from Aline:

“I always say that our physical condition does not matter, whether or not we have a limitation, when we want something there will always be an alternative, we need to face our fears. Just want and seek.”

“My mother has a beauty salon and my mother-in-law, too. I always try to take care of my image as an athlete, especially a uniform and when wearing sports clothes.”

You may also like:  Let's Look At Who Is Running In Ladies' Skiathlon At Olympics 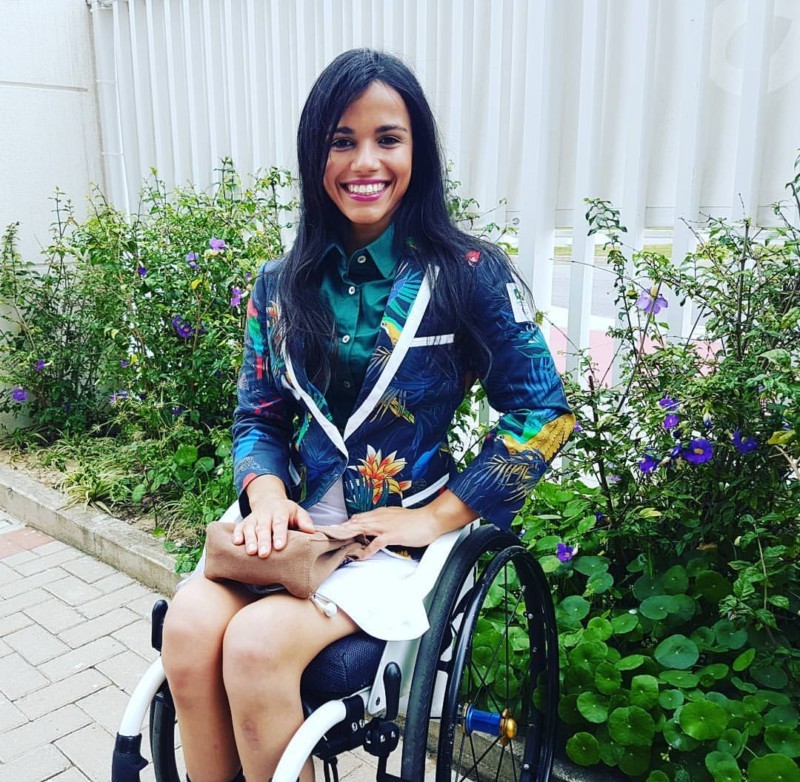 “When I started to go to gym, I was afraid of physical appearance not to be cool, not feminine, but over time I left it aside and now even like my muscles.”

“Training, pains and injuries – it is necessary for us to be always working hard to achieve what we want. The dynamics of this sport is a model for our life, especially as an athlete.”

“As hot as summer is, one needs to remember that winter will always bring snow back in. Just as after a dark night the sun will shine again the next day.”