Skip to content
11Sep 2017 by The Daily Skier Editorial

Cross country skiing is changing and evolving. It’s no longer the sport practiced in faraway snow wilderness by a few of “the strong silent type”. We all got used in the last couple of decades to snowcat-groomed trails, warm changing rooms – even to pasta-parties at the finish line.

What did not change – and never will – is that cross country skiing more than any other sport demands determination, strong will, character to overcome difficulties, ability to shut that lazy man inside yourself. Plus careful preparations and good tactics.

…Wait a second, isn’t that a set of essential qualities straight out of “How to Become a Successful Executive” book?

That must have crossed Swedish entrepreneur and top amateur athlete (11 Vasaloppets, 4 Marcialongas and 2 IronMan races) Fredrik Erixon’s mind a few years ago when he launched a ski club project that he named CCC1000.

Says Fredrik:
-I got a question from a business client some 8 years ago if I could train him for the Vasaloppet race. He offered me SEK 20’000. I said “No”. But then I started to think about what I needed myself to become a better skier while living in Stockholm. That’s how I developed a concept of the CCC1000 club…”

Vasaloppet remains to be heavily skewed still towards male participation – “only” 1826 women have finished the main race this year.

You may also like:  Team Sweden Talents Bench Is Endless : Meet New Stars

Let’s be blunt: Vasaloppet in 5/7 hours respectively is NOT something a middle aged city dweller could do without careful planning and execution of training regimen under the guidance of pro-trainer.

– Cross-country skiing popularity is exploding in Stockholm. Business executives today have a completely different value set than 20 years ago. Today, it gives a much higher status to have a good personal trainer than a rare whiskey at home.

I wanted to create a product that I would like to buy myself. It was clear that I need a professional to oversee a training program. Then I approached Jerry Ahrlin and asked him whether he’s interested in becoming a head coach”

The figure of Jerry Ahrlin is towering in Swedish sport both literally ( he’s 1’90m and athletically built) and figuratevely, through his many years on the top of the world ski marathon racing.

The whole of Sweden still remembers Ahrlin’s duel with Oskar Svärd in the Vasaloppet race of 2007 as well as his attempt to win that race in 2008 doublepoling on shorter, skating-style skis ( Ahrlin came third eventually).

Ahrlin’s name – and the training program he put together – did a lot to attract the first batch of club members. Jerry no longer works with CCC1000 – but the connection with elite racing he helped to establish remains.

This year, another household name for any skiing fan, Falun 2015 world championship silver medallist Maria Rydqvist ( who, by the way, finished Vasaloppet 9th this year wth 04:46:53 ) joins the training staff of CCC1000. 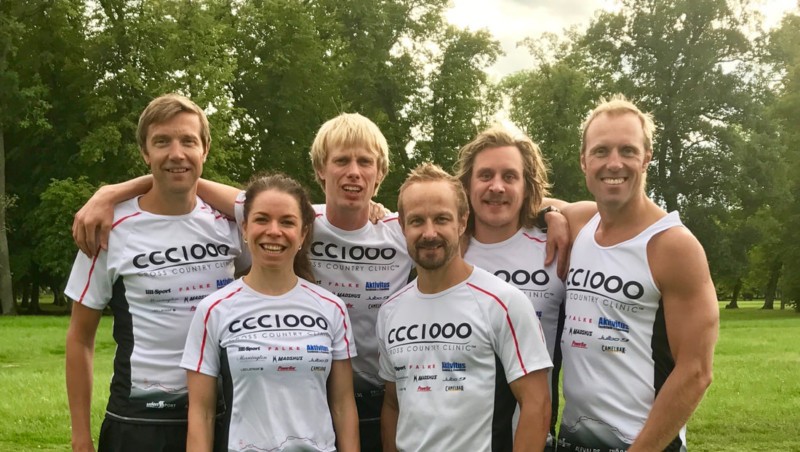 Another key man on board is Erik Wickström – the name you likely to recognize from last year’s headlines when Erik set a new world record in long-distance by skiing 438,575 km in 24 hours ( and outskiing the DailySkier contributor Denis Kabanen in the process )

Fredrik:
– The program started in 2012 and was/is fully booked ever since. The training starts in September and goes on until the actual Vasaloppet race in March. Over 100 people went through it, most stayed for 2-3 seasons. Yes, it is aimed at what we call högpresterande personer in Swedish ( high-achieving ones) who want to become better skiers. Our program consist of some 30 training sessions – but it’s not just about development in cross-country skiing but also in leadership and personal life balance.

Membership in CCC1000 is not cheap. But being a specialist in the field, Mr Erixon employs a form of multi-level marketing scheme: first year of membership is SEK 20000 ( EUR 2100, USD 2500) plus VAT , but with each consecutive year the fee is decreasing until it’s totally free in Year Five.

Sample of what you get for your hard earned krona could be found here – and yes, it looks professional grade and, frankly, highly appealing to any advanced amateur skier. ( all in Swedish but Google Translate does a decent job of conveying the message)

No wonder Fredrik’s business is growing – there is 100 people in the club, this year a branch of CCC1000 has opened in the Swedish South, in Lund – not a kind of place normally associated with cross-country skiing. 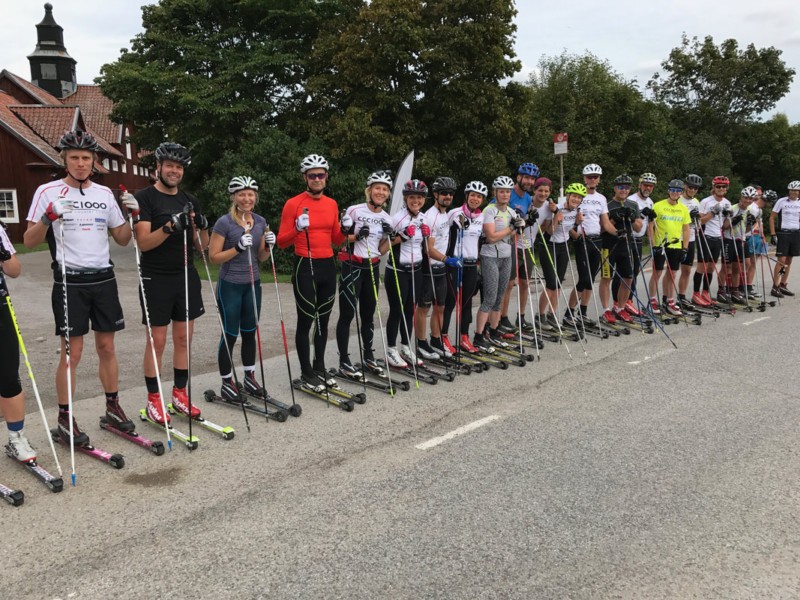 We at Dailyskier.com say: A dedicated ski club tailored to the needs and time constraints of well-heeled, highly determined professionals is a fantastic idea. The reality is, executives and business owners are ‘influencers by default” – they always have a way of gently nudging those they work with to turn to sport of their choice . Providing access to professional coaching and equipment amplifies the appeal – it’s the same idea that drives ever growing luxury cars and fancy smartphones’ sales – except that skiing is actually good for your health, not just vanity.
It’s a win-win situation for everybody – more well-heeled skiers equals more skiing and rollerskiing tracks, more snow tunnels, investments in equipment development etc. etc.

From IKEA to the Survivor TV show, Sweden gave and keeps on giving the world many a business idea & concept. We reckon that the time has come for “executive skiing club” as well.