…I’ve managed to butter 8 toasts before Martin Johnsrud Sundby made a sudden appearance and destroyed my effort. It was no better with Niklas Dyrhaug either. For some reason, it was much easier to deal with Emil Iversen and I’ve got no less than 15 toasts done before he finally crashed into my knife. Petter Northug was not present but then I did not really expect him to turn up.

A vivid dream after watching too much of Beitostølen ski racing?

Nope, an online game the supermarket chain SPAR Norge running off its website since 2015 ( sorry, I know that I should have been able to butter those toasts better by now)

Norwegian skiing might be a tad down after the recent doping cases of Sundby and Johaug – but it’s definitely not out.

In February this year SPAR Norge, one of the country’s biggest grocery retailers with revenue in excess of €1,5 billion, extended its sponsorship deal with the Norwegian Ski Federation into 2017/18 season. Now, with the snow season almost upon us, SPAR is re-launching the advertising campaign featuring some of the most recognizable faces in the country.

…the stores across the country will receive posters, pop-up banners, shelf markers and other communication material featuring pictures of the ski team and their SPAR products. The campaign will also be communicated digitally via SPAR Norway’s website and various social media platform as well as being featured on TV...says SPAR Norge’s press-release.

With all of 265 supermarkets Spar Norge has across the country, each featuring the Norway skiing’s best in multiple posters and banners – is there any wonder that the whole country will be customarily glued to television and computer screens during Tour de Ski and the Olympics?

You may also like:  Rare Breed: Meet Four-Wheel Rollerskis

And don’t forget this gentleman with a ( rival) grocery chain on his own: 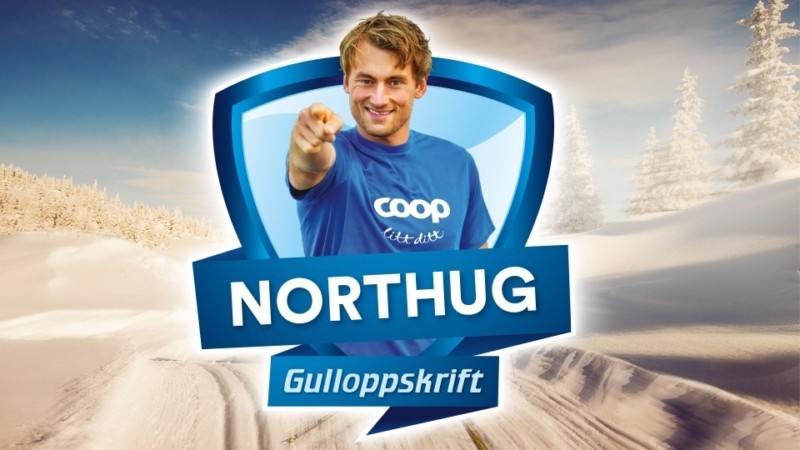