Only a few potential Olympic medalists have tested the ski tracks in South Korea thus far – though the Olympics are coming up in Pyeongchang, the strongest cross-country skiers were busy competing in the World Cup, national championships, the FIS Junior, and the U23 Championship.

However, smart folks in the Swedish Olympic Committee have figured out a solution to the dilemma of where to go: VR, virtual reality! Currently somewhat of a novelty, used almost exclusively for video games, virtual reality glasses are now being used to acquaint Nilsson, Halfvarsson, and other Swedish stars with the Olympic tracks.

“We want to create a clearer picture of what to expect. With VR, it becomes a little more feeling that you are physically in place. Looking left, looking upwards, and so forth.” 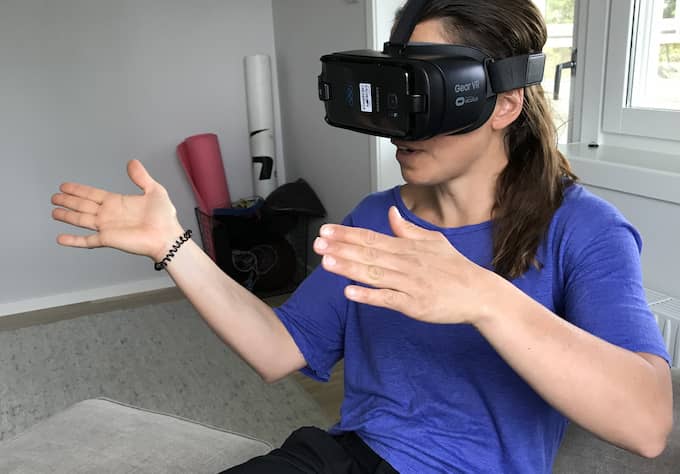 The Swedish team’s skiers will receive their VR glasses on the 26th of June, when they meet in Torsby for six days. According to Ljung, they’ll not only see the routes themselves, but also the routes between sites, such as how to reach the stadium from the Olympic village.

Olympic champions Anna Haag and Charlotte Kalla, on the other hand, have already tried on their glasses, and a pleased Kalla shared her feelings on her Instagram page:

“I visited the Olympic Stadium for the first time! I had a chance to walk from vax cabins in Pyeongchang, climb the ski slopes and then ride the sprint track. Thank you Lars Ljung for this experience!”

How will Norway, Russia, or the other skiing superpowers respond? An ultra-wide-angle camera or a remotely-controlled exoskeleton? We’ll soon find out!

You may also like:  Izabela Marcisz Suffers Serious Injury