It’s a month of June – which means different things for different people, but for the skiers it means the ski marathon schedule for next year is unveiled & published.

There is no need to convince those who ever done one to come back. But for those who didn’t and reading this: you ought to give that gift to yourself – there’s simply nothing out there that compares to taking part in mass skiing event!

We will not insult your intelligence by providing exact location details and “how to get there” info – it’s all just a click away on Internet. Instead we’ll effort to fill the gap in available information and – hopefully – help you choose your first ever marathon.

November – December 2017. One of the biggest misteries of the modern cross country skiing is why there are no mass events at the beginning of the season. The snow? Well, the north of Scandinavia and Finland has literally, dozens of places where snow comes late October. That’s why most if not all professional cross country skiing teams with any ambition move to the region at that time. To train and hold test races. Why can’t skiing enthusiasts do the same at the perfectly groomed trails of Gällivare or Levi?

The only exception is a new ( will be held for a third time) , uber-exotic Kiilopää race in Saariselkä, Northern Lapland, Finland.
The race will be held on November 25th and offer a choice between 50 and 20 kilometers
We can’t tell you much about Kiilopäähiihto apart from providing you with a link to their site ( all in Finnish), but we could vouch for Lapland being absolutely stunning-beautiful that time of the year. 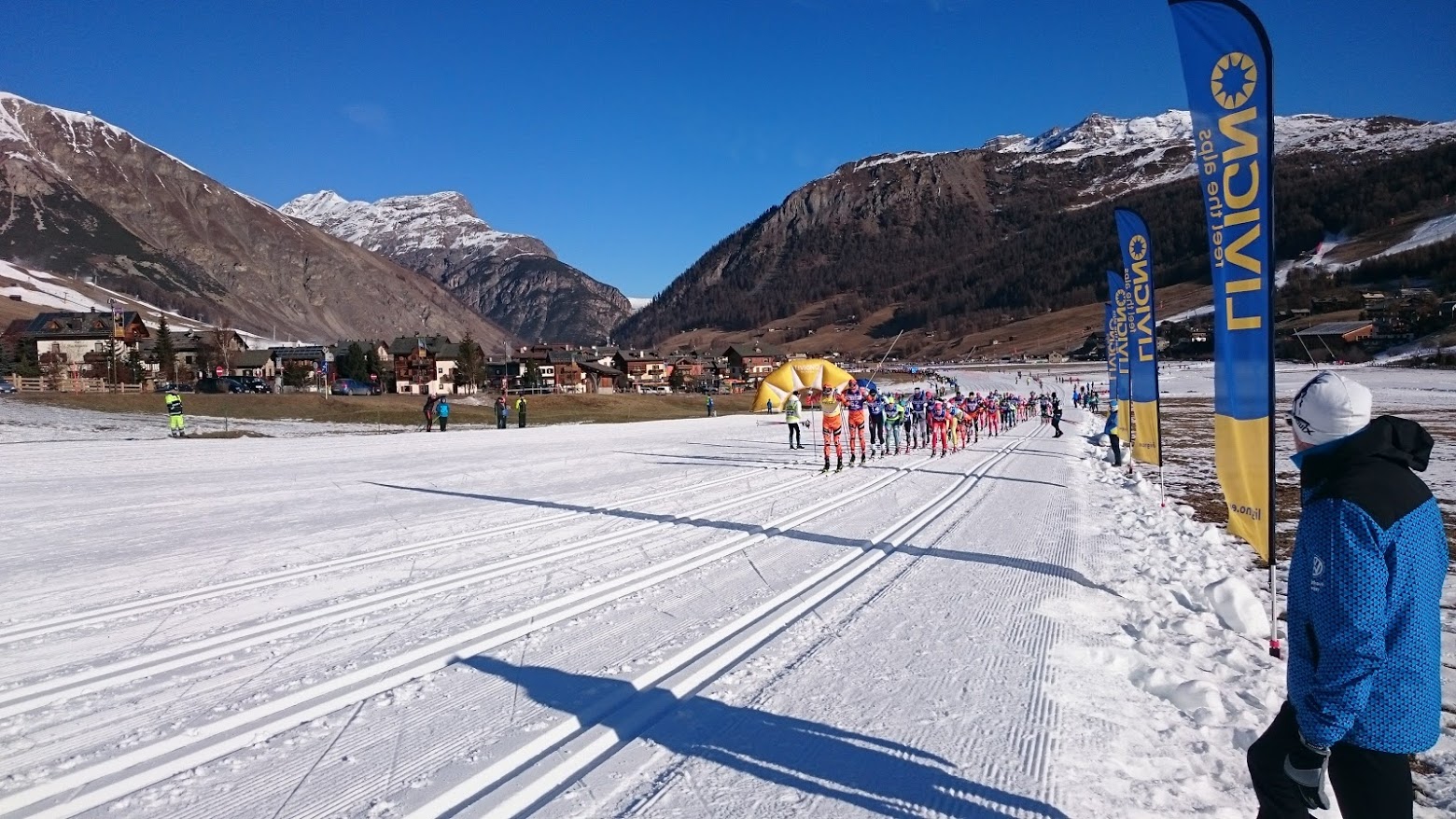 For those not quite ready to travel to the Polar Circle there’s no choice – the only mass ski event before the Christmas is La Sgambeda in Livigno. The Italians are both willing and able to create artificial snow trail for the competition – massive respect to them, Grazie Mille!
Added bonus – Livigno is a very compact place, you get to see the professionals from Visma Ski Classics train, live and, probably, eat lunch next to you ( famous polenta, of course). It’s like a master class for free.
We say: La Sgambeda is a must. Beautiful place, nice weather – and great sight of watching all the smiling faces of fellow skiers who come to Livigno to get the kick for being on the snow once again in the new season.

January 2018. That’s when the opposite to December is happening – each weekend there are two marathons so you have to plan carefully.

January 4th Chinese Changchun invites adventurous skiers to Vasaloppet China. Sadly, it’s no more a part of Visma Ski Classics, but the trails would be there & welcoming. Our understanding is, the organizers are preparing special package tours for those interested in traveling to Northern China, to be confirmed and announced

Sadly, the Pustertaler marathon that used to grace the first weekend of the year, is now moving to the second. So, here you have it – 60 km Classic January 13th 2018… 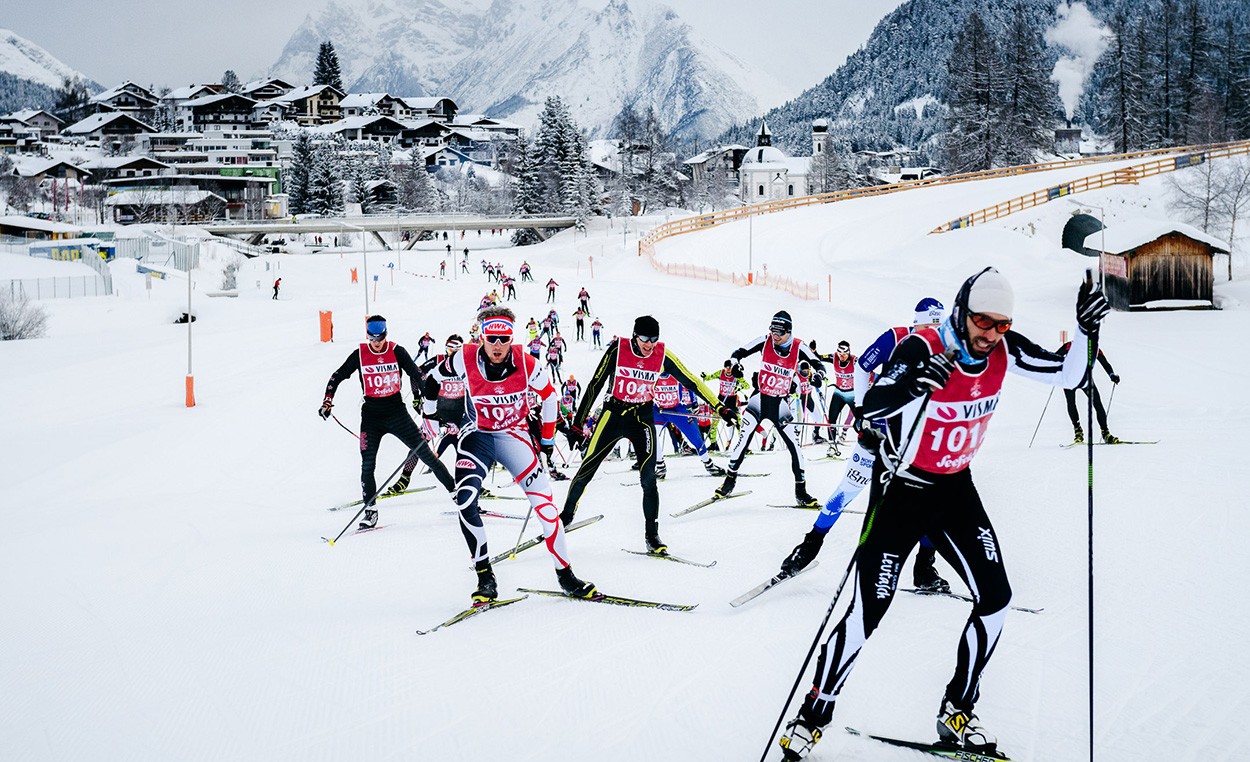 ….Where it competes directly with the Kaiser Maximilian Lauf , a part of Visma Ski Classics Series. One could choose between either 60km or 30km in classic technique on Saturday January 13th and 60km and 30km in skating technique on Sunday January 14th 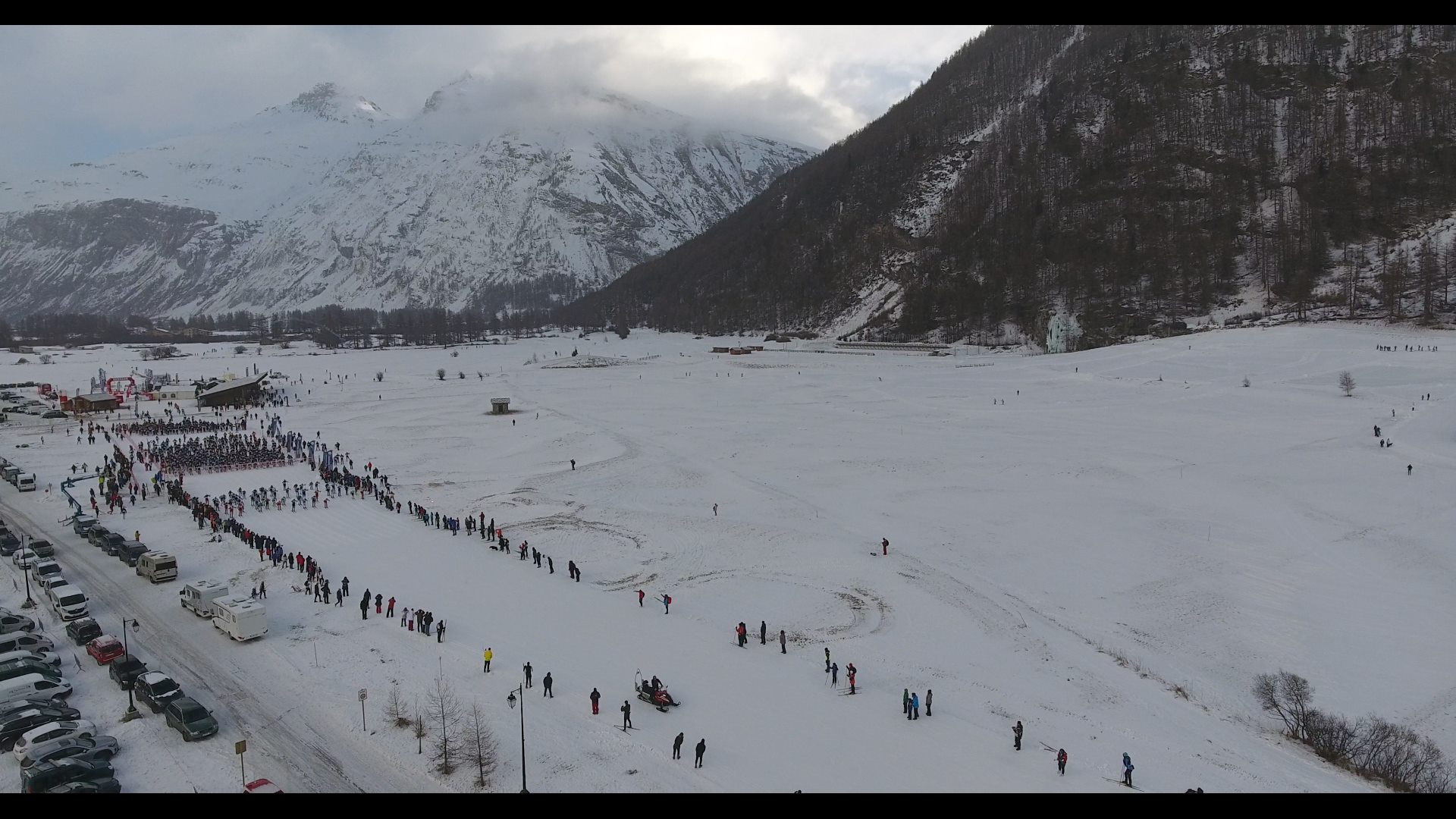 Another contestant for your attention that weekend is the Marathon de Bessans: 30 km CT on Saturday, January 13th followed by 42 km / 21 km FT on Sunday, January 14th

We say: Kaiser Maximilian Lauf is being held at Seefeld which will host the next FIS Ski World Championship. It’s a part of Visma Ski Classics – and possibly the least hilly in the series. If you ever want to test your prowess in doublepoling – it would be a good place to start.

The next weekend there is a choice between: 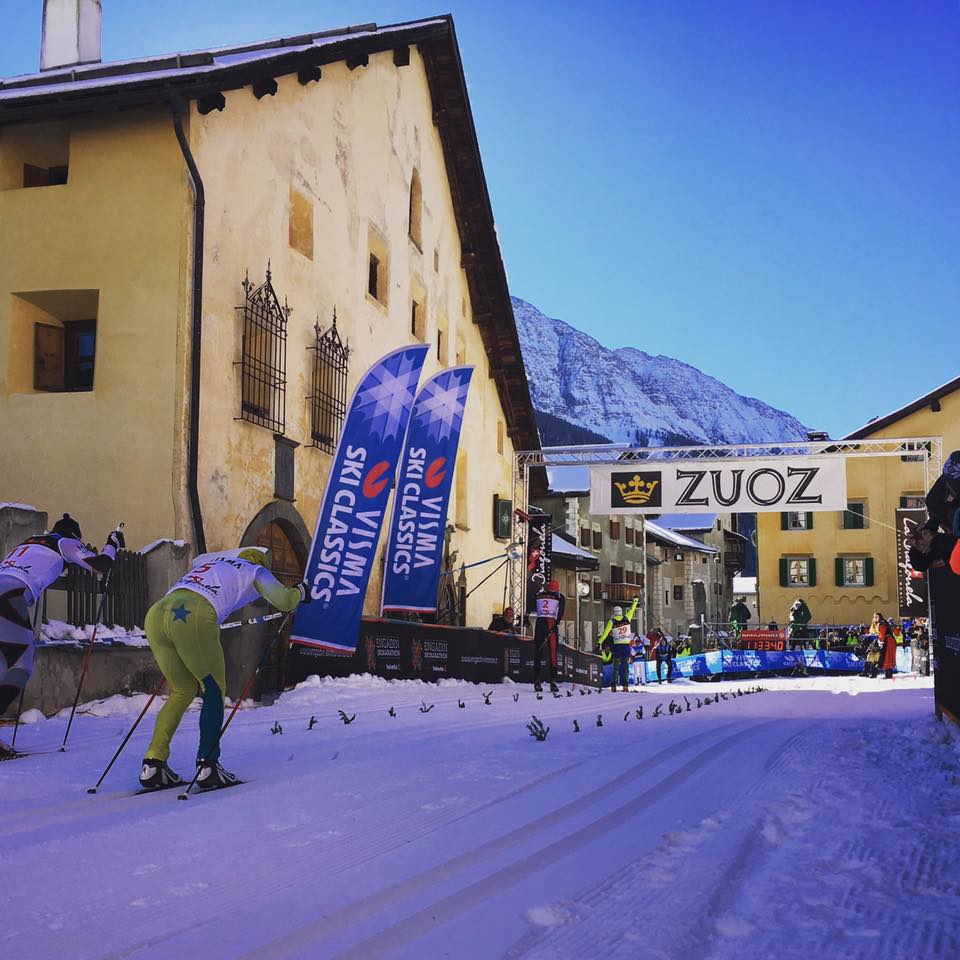 La Diagonela on Saturday, January 20th in Engadin St. Moritz ( 65km, CT) or a shortened 30km СT race that gets its own name – La Pachifica.

You may also like:  Our Test: EPB, Device You ( Really) Want to Have

We say: tough choice.
La Diagonela – just like its more storied cousin Engadin marathon, – is a high altitude race,1700-1800 above sea level. If you never run a marathon in the mountains – check what experienced skiers say about preparing for one.
Dolomitenlauf is very homey, very stress-free but might be a bit too local for some tastes – world’s top skiers outside the region rarely grace this marathon with their appearances. Many of those who come run two races ( full or halves) back to back: classical on Saturday and skating on Sunday 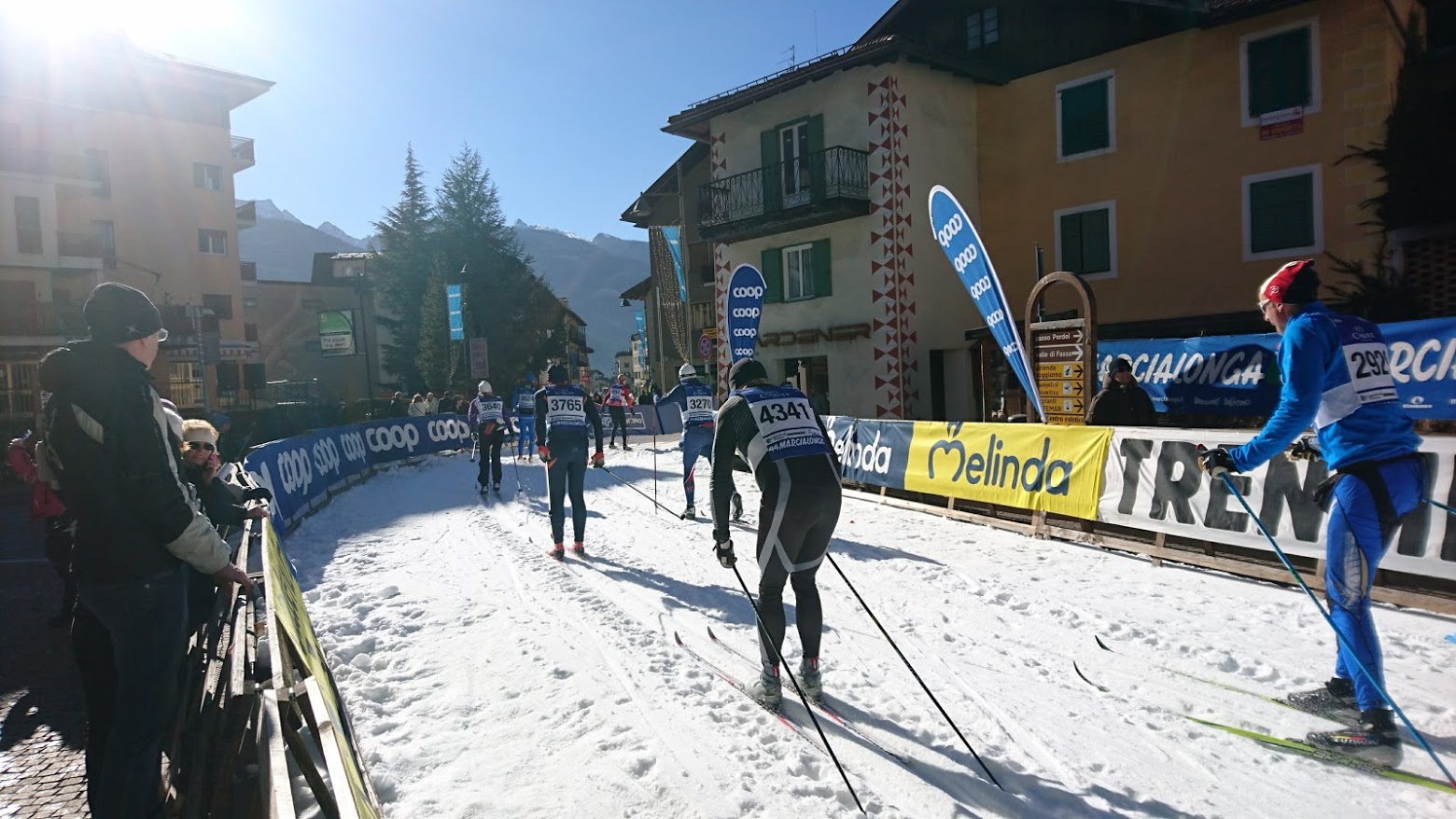 The next weekend is when the most storied of the January marathons happens – Marcialonga, 70 km along Valle de Fassa and Valle de Fiemme. As always, it’s oversubscribed – the reason being that only a small fraction of the the starting bibs goes into open internet sale with the lion share allocated to either local hoteliers or the Scandinavian travel agencies – about two thirds of participants are either from Norway or Sweden. Still, you could always get in touch with the local hoteliers who would be happy to help – as long as you stay with them. If 70km sounds a tad too ambitious for you, there is a 46km Marcialonga Light.

You may also like:  Northug's Personalized Bib Being Auctioned Off. Check Out Lucky Number 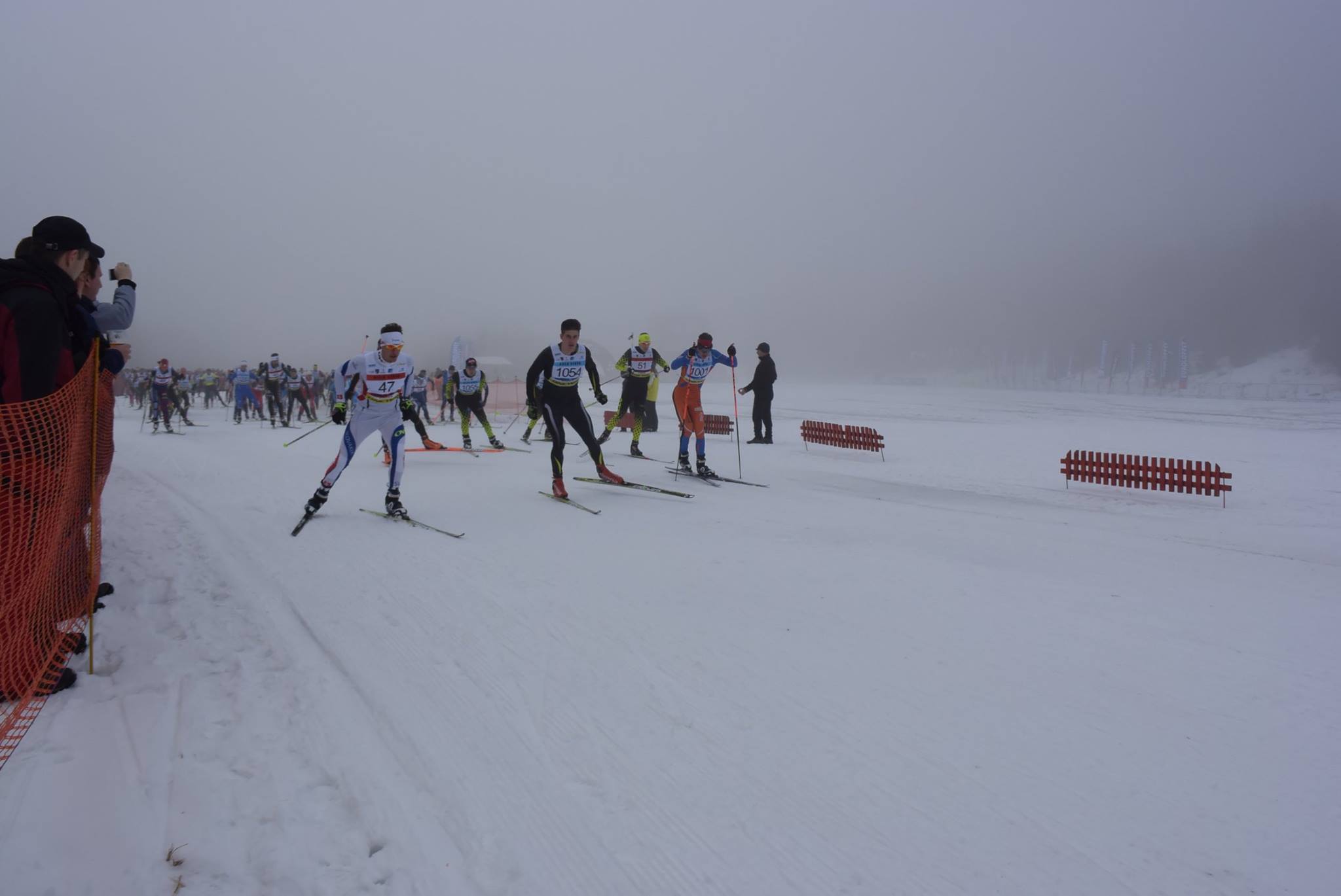 As an alternative to Marcialonga, there is Biela Stopa race in Kremnica, Slovakia. 25 km / 45 km FT on Saturday, January 27th and 30 km CT on January 28th

We say: You gotta experience frenzied but happy atmosphere of Marcialonga at least once in your life. The whole valley turns into one big skiing festival. And yes, in certain circles you’re not considered a ski marathoner till you climbed Cascata at the finish.

All the races are logistically easy and well thought out. There are buses that take participants to and fro, there are parking lots (except for bigger ones like Marcialonga, where it would be hard – but not imposible – to park at your chosen spot), there are bag collections at the start, warm tents, food and drinks along the way – we haven’t seen the marathon where you don’t feel you’re getting the service you paid for with your starting fee.

You can travel and run alone, even if you never have been at the place previously – everything is logical, clear and everybody is friendly and speaks English.

Again, consider the altitude at which the race is held. Running in places like Livigno or Engadin valley that are at around 1800m above see level needs some careful planning.

NOTE: All photo copyrights belong to their respective owners.

To be continued with a review of February marathons/races.