Amer Sports , the owner of Salomon and Atomic, have released its Q1 2017 financial report.

The Winter Sports Equipment department, as Amer Sports calls its ski/poles/boots producing brands, has reported a massive year-on-year growth – the sales went up stunning 18 percent to €52.1 million – even if other company departments’ sales were flat or depressed.

Says Heikki Takala, president and CEO, Amer Sports
“…We made strong progress in Winter Sports Equipment, and started to rebound in Fitness…”
The Finnish sports equipment and apparel maker stresses that the growth to “was aided by good snow conditions in many key markets”

Sure, the last winter in Europe was much snowier than the previous ones, but making good skis – and having elite racers win on them – couldn’t possibly hurt either! 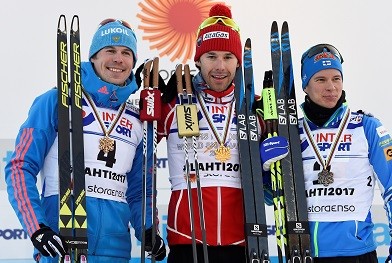 At the World Championship in Lahti the Canadian Alex Harvey won the gold medal and Matti Heikkinen of Finland took the bronze at men’s 50 km., racing on the newest S/LAB Carbons. The American Jessie Diggins took home the silver and the bronze.

You may also like:  Gus Schumacher On Tour De Ski, Swiss Prices And Long Distance Relationships