In a proof that there’s never enough of a good thing, the organizers of , arguably, the world’s glitziest ski marathon are thinking further expansion.

With some 13000 participants each year, the Engadin Ski Marathon is already a poster child of how to make cross country skiing attractive for the masses – and profitable for the hosting region.

Now the organizers of the Swiss event want to build it up even stronger, turning a series of one-off events into the full “Engadin marathon week”

The Frauenlauf (“Women’s Race) has already been in existence for quite some time – and this year some 500 people took part in the inaugural Night Race. 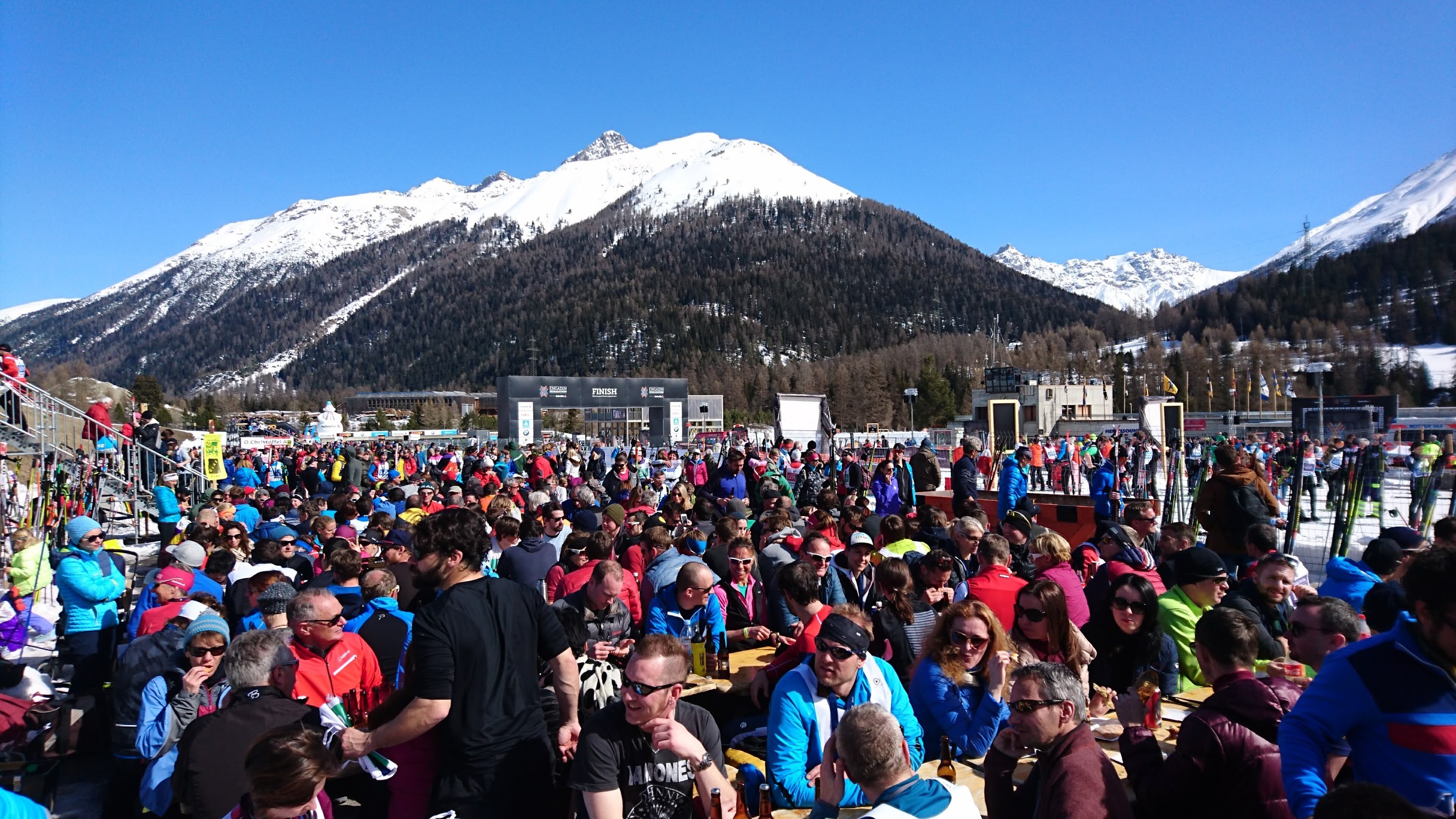 Party after the Engadin marathon finish

Clearly, the Engadin bosses take an inspiration from the ever-growing success of the Vasaloppet brand in Sweden where the initial marathon has branched out into the race to suit any taste and level fitness – team, relay, night, female and the most popular of all, the Öppet Spår races, where tens of thousands less result-oriented skiers participate ( and pay for the privilege).

In a difference with Vasaloppet that takes place in a relatively remote area, the main economic factor for the Engadin valley is a duration of stay – one study estimates that the marathon generates 85,000 overnight stays by estimated 23000 visitors, including marathoners, family members, coaches, media and fans. So, the point is to make them to stay longer – and spend more.

One of the practical moves of turning the St.Moritz area into a even bigger visitors’ magnet would be a building an “Engadin Arena”, ​​an outdoor recreation facility for practicing endurance sports both winter and summer. The idea is to make the path of the Engadin Ski Marathon experienceable all year round – although we here think that the best part of the Engadin is actually its starting 12 kilometers on the frozen Sils lake – not something you could offer in the summer.

You may also like:  Frida Karlsson Is Out Of World Cup Again?

The Swiss organizers, clearly, never do things by half, and in this case they have compiled a 72 page strategic paper outlining, how to make it all happen – here, to be read and commented on ( in German) http://www.engadinerpost.ch/sites/epo/files/Schlussbericht_Strategie.pdf

We say: the Engadin is a great fun, but please do something about that bottleneck at the climb to St. Moritz! Then it would be near perfect for a recreational skier who could put up with the Swiss hotel and catering prices. 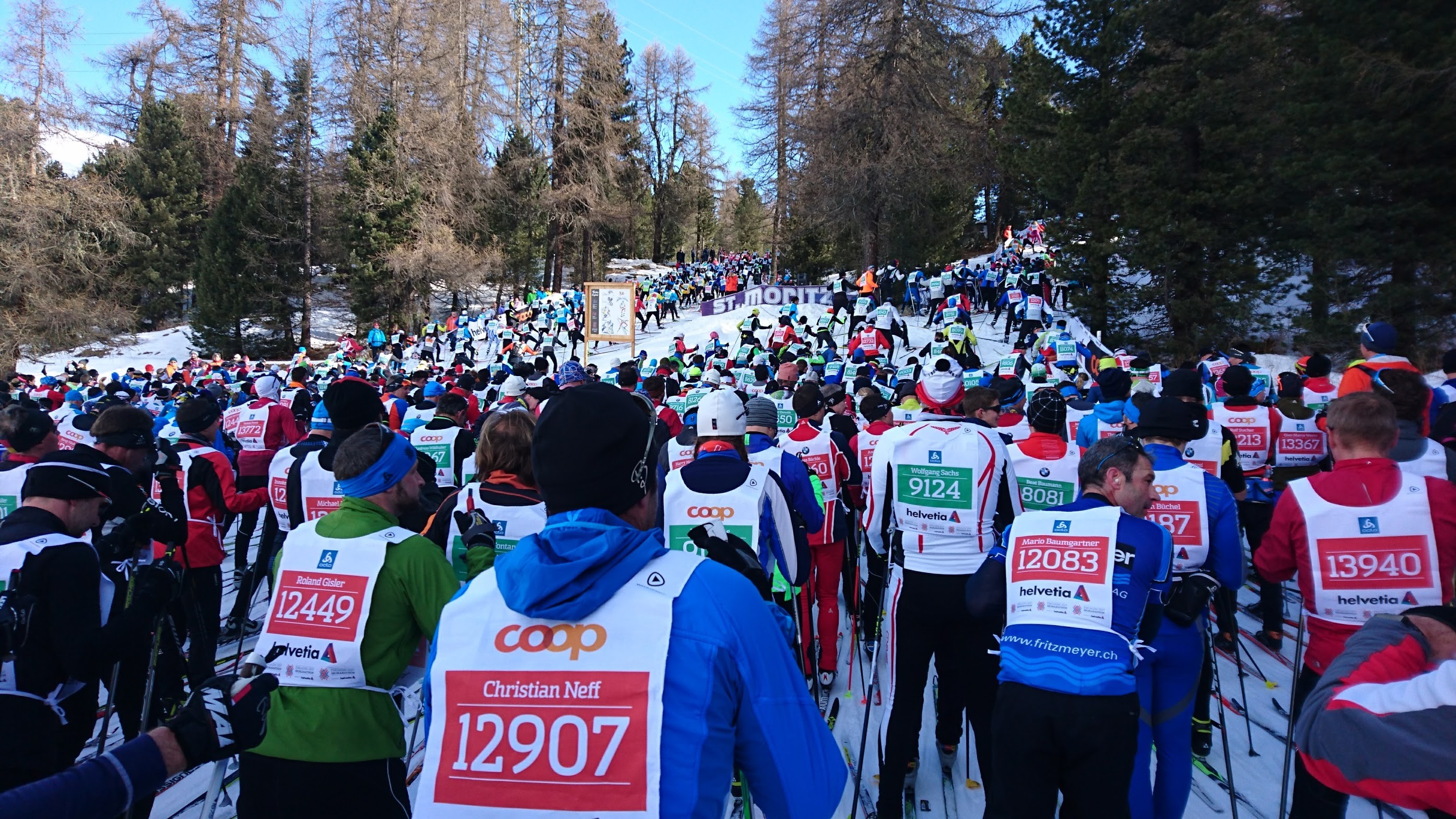 Waiting in line for St.Moritz climb